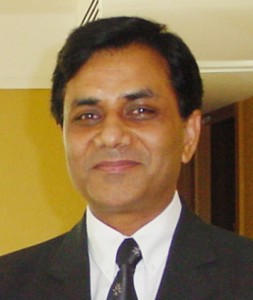 The recent attacks on Indian students in Melbourne have filled columns and airwaves around Australia, and India too. Are the attacks racially motivated, what should be done, and is our society racist? These are all questions being asked by the mainstream media. Division within the Indian community itself has been sidelined.

Enter Dinesh Malhotra, editor and founder of Melbourne’s monthly Indian newspaper, The Bharat Times. While the attacks dominated the June 2009 edition, his paper took an alternative angle, covering the Indian community’s conflicting views.  Many believe the recent rallies calling for action have damaged the reputation of Indians in Australia, while the Federation of Indian Students of Australia are thankful that the hype created by the Indian media, with headlines such as ‘Hellbourne‘, has drawn attention to student safety.

Malhotra founded The Bharat Times in 1997, and part of its role, he says, is to educate new arrivals and help them to integrate. It has a circulation of 15,000 and employs sixteen staff: four full-time, the rest stringers and freelancers.

He studied creative writing and holds a Masters in English Literature, but rather than becoming the next Salman Rushdie, Malhotra followed his passion for deciphering spin. Isabel Robinson follows his journey from monsoonal Chandigarh to eclectic Footscray.

Why was The Bharat Times set up?

When Indians approached politicians, they immediately thought “Oh, these guys are going to ask for money for some project, for some community centre, for some function”. I wanted to break that stereotype. I got comments from many politicians: all they expected was for me to ask “What is the best way to get some money for my community?” That was never the question that I had in my mind.

What do you think is the best way to reduce attacks on Indian students?

In February 2009, police made a comment that Indians should not talk loudly in their native language while travelling on the train at night. It became a big issue, but I didn’t see anything wrong with police giving that hint. It’s a self-help measure for Indians. If I go to Mexico or Columbia, I would be checking what’s on and what’s not. There are some hooligans on trains at midnight: you be a little careful.

Does The Bharat Times play a practical role in reducing violence in the western suburbs?

Yes, we are involved in the western police region Indian community group, a group that meets every four weeks in the Footscray police station. It’s headed by the western commander. We are doing our best to do our bit.

When did you first think of yourself as a journalist?

A long time back. When I was at uni, I started a thing called Wall Magazine. We used to write pieces and put them up on a wall. Everybody, students, teachers, professors would come to read it and then commentary would take place. That was in 1982 at Panjab University in Chandigarh.

How much are you motivated by a passion for what you do?

I love this work. The only thing that holds a journalist back is the commercial element. A fearless journalist is the most potent weapon of a society, and there are very few of them. To get to a position where you don’t have any fear of commercially compromising what you’re saying, you have to struggle. If you get there, there’s nothing stopping you. Your word is the law for society.

If you were beginning your career now, would you still go into journalism?

Yes. You just have to have the drive, and I do. If you don’t have that, it’s like any other work. You are a check out girl today and tomorrow you’re working for somebody else. You will find many people like that. But if you are committed to do what you want to do, you will find work.

No, we don’t. I really don’t like it. I’m an old school believer in the traditional sense. Although many things are easily available, I don’t think it’s right.

If not journalism, what would you have done?

Probably trading, but I would still be doing something with the media. A lot of my friends back home are either journalists or in communication, working for the government of India, a couple of them are in Bollywood.

I am more passionate about deciphering the spin. You don’t work as a creative writer to do that. When you pick up five newspapers, there’ll be five interpretations of one event. And then you go behind that interpretation and analyse why. That’s where I love the challenge.

A month or two ago, an Indian minister was visiting Melbourne. There was a media conference and all the newspapers and radio people attended. ABC television was also there because they broadcast directly into India. This minister was on a junket, he had nothing to do – that’s how I saw it.

At the press meet, while he was going gaga about his personal hobbies, he did not answer any of my direct questions on the issue he was supposedly here for. For that, he said, we could meet in private. Five or six papers reported the same event in a different way – accolade stories.  Only we printed that he was on a junket.

That’s where my passion is. Creative writing is on the backburner at the moment. I like deciphering spin. That’s why I went into this.

In one word, how would you describe your journalistic style?

What personal skills and qualities have been useful in your work?

The ability to analyse and to comprehend issues in depth. I may not be able to comprehend astronomy or medicine, but if there’s something political, I just love it.

Are there any skills that all good journalists should have?

You have to be 100% confident about the story you want to do. You may not always know everything, but you should really know the subject you are working on. And if you do, that’s where you’ll be home. Even if your subject has their own agenda, you’ll still bring them back.

Who’s your hero when it comes to journalism?

It’s very difficult to say this or that particular person is my hero. But if anyone can come close, I’ll have to name Paul Lyneham. He died of cancer a few years back. When he died, he was working for the ABC – he used to do Canberra reporting. I admired him because of his interviewing skills. The way he put the story together and asked questions was just marvellous.