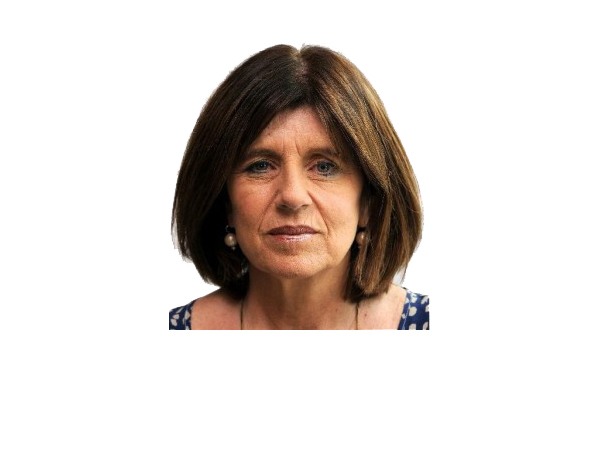 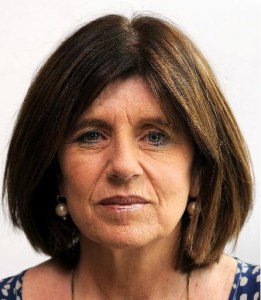 Originally she had an ambition to work in the film industry as a writer, but her career started in the 1980s at (the now defunct) The Herald as a “copy girl” before being asked to write stories for its sports department.

She spent the early part of the ‘80s reporting on everything from Margaret Thatcher to major events in Europe including Wimbledon, an FA Cup final, Robert Trimbole’s arrest in Ireland, mining and football (soccer) riots, and Greg Norman’s first win at Turnberry. Upon her return to Melbourne in 1986, she started covering the AFL (then VFL) and making a name for herself, before landing the role of chief football writer at The Age in 1999. A multiple award-winner, Wilson, a regular on the ABC’s Offsiders and Channel 9’s Footy Classified, has faced heavy criticism for some of her opinions, but one of her greatest challenges was being accepted into her field as a female.

In 1999 you became the chief football writer at The Age. Could you tell me about that role and what it entails?

Originally I felt my role would be more doing the big hits, big reads, breaking the odd story, I soon realised that a lot more was expected of me day to day. I knew there would enormous pressure on me and to this day you pick up the Herald Sun with some trepidation that they might have a big story that you’ve missed. I didn’t think I would be doing so much other media. There is pressure from not missing stories, there’s pressure to stay ahead of the pack and there is also pressure because you have to juggle three different mediums and remain faithful to The Age, which is my primary employer.

What strategies do you employ to “stay ahead of the pack”?

I just never stop ringing people. You have to ring the people who are in charge of footy clubs – coaches, presidents, CEOs, footy managers, the odd player if you’re lucky enough to have a relationship with them. Don’t ever believe what you read from other commentators, continue to talk to your own sources, continue to go straight to the source. You’ve just got to have really good contacts in football and you can never trust just one contact.

Do you employ different techniques when approaching each medium of broadcast?

If I had to differentiate, because of my position at The Age, unless I knew a story was about to break, I wouldn’t break it on television or radio because that would be betraying my primary employer. In terms of television I probably get to occasionally show a bit more personality, you know have a joke, not always play it straight, try and look at the funny side of the game, or sport at times. On radio again, particularly Sunday pre-game, I think it’s more laid back. In the end it’s pretty much my own opinion when it’s on TV, and radio as well, whereas in newspapers it’s, hopefully, more often about breaking news.

What does the future hold for a chief football writer with the way newspapers are heading?

I think there will always be a role for the chief football writer, whether or not newspapers are delivered to houses. There will always be, I believe, in my lifetime, an online version of The Age, and potentially always The Saturday Age and The Sunday Age. Monday to Friday maybe will just be online in a few years, who knows. People are still going to want to read whether they’re on their iPads or mobile phones or whatever new inventions we have, hopefully they will always want to read what senior commentators and journalists have to write. I think, if anything, key senior writers and senior journalists are going to be even more important.

In 2008, you exclusively broke that the AFL planned to introduce two new teams into the competition. Was that your biggest scoop?

In terms of a really good news story, revealing that the AFL was going to expand to 18 teams was a big scoop. I remember it was front page of the Sydney Morning Herald and The Age.

How did you break it?

I did an interview with Mike Fitzpatrick, after he became chairman of the commission (of the AFL), and towards the end of the interview I asked him what his legacy would be and he just started talking about his plan for an 18-team competition, how he wanted a team in the Gold Coast and one in western Sydney. Obviously that proved to be totally right and continues to have big ramifications on the game.

In 1986 you became the first full time female AFL reporter. How was it breaking into an industry so dominated by men?

It was terrifying… it was exciting. There was intimidation, even readers would write and complain. If I wrote stories that upset people, I’d be dragged… Allan Jeans once dragged me down into the rooms and made me look at a player’s rather confronting injury, and in terms of his anatomy it was very confronting. Some club presidents kicked me out of the rooms because they thought I was a groupie. It was a very different time. My father was the President of the Richmond footy club, which obviously had been an in for me but he banned me from the rooms, so look you know it was tough. But the other thing was that you got noticed very quickly. So whenever I did get a good story I think I got a lot more recognition than I deserved because I was a female.

What role do you think you’ve played for women in sports reporting?

I haven’t ever really sat down and thought about it. When I speak at footy clubs and at functions that have a lot of women employees, I’m amazed at how many of them see me as an inspiration. I find that a bit embarrassing. I guess my proudest achievement is being talked about in the same breath as senior male chief footy writers at the other big papers. If that has made other women think that they could talk about football and write about it and not be treated as ignorant people, I hope that that has made a difference. I hope young women coming into footy don’t get put off by some of the more sexist behaviour that’s been put my way, because most of it (criticism) is genuine criticism.

John Pyrros is Deputy Editor of upstart and a Master of Global Communications student at La Trobe University.