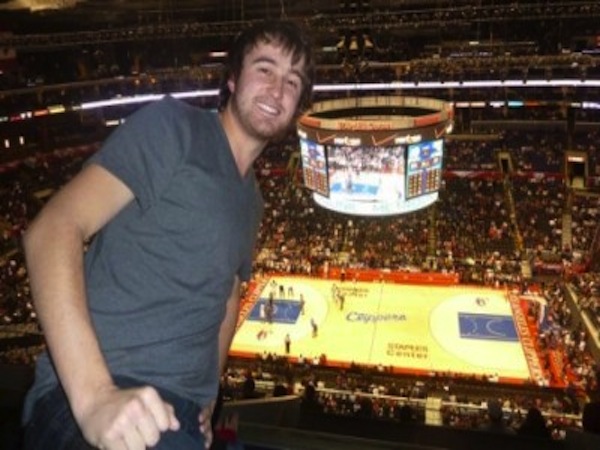 Eddie Summerfield is a young radio journalist working for Southern Cross Austereo. After studying radio at Swinburne, he made the big move from his home town of Melbourne to Mildura in northwestern Victoria, where he finds himself writing and presenting news on four radio stations: Star FM and Sun FM in Mildura and Star FM and 5SE in Mount Gambier.

After working for Melbourne sports radio station SEN in an unpaid capacity, Summerfield was offered his current job. He always thought he wanted to be a sports journalist, but after being forced to diversify and expand his horizons by reporting across a range of areas, he’s not so sure if he will limit himself to sports reporting.

What is the role of a journalist on a commercial radio station?

Basically an FM news journalist anywhere in regional Australia has the role of providing people in the region with their local news. I look after both the Mildura and Mt. Gambier markets. In both markets one of their broadcasting requirements is that they have local news. All of my news is local, it’s not national. That’s one of the really good things about Southern Cross Austereo. They’ve got a real emphasis on local content and local news.

What’s a normal morning like for a breakfast journalist on a regional FM radio station?

My normal morning is wake up at 3am and generally try to be at work before 4am. At 4am I like to be writing the stories for each market and they are two totally different bulletins. I’ll have between five and seven news stories for each market each day and then one or two sports stories. There are three hourly bulletins in each market that are 3:40 long, and the audio must be completely different. They are the same news, but worded differently each hour, perhaps taken from a different angle.

By about 5:15am I like to have all my news stories written. Then from there I’ve got my news and content for the day and then I can really focus on reading my bulletins and getting my pace and pronunciation right and articulating it all properly. My bulletins are all pre-recorded but they are done as though I am doing them live. I’m done with breakfast at about 8am, I then record my midday bulletins and a quick weather update that is played hourly in each market.

How you keep up to date with news in Mount Gambier when you’re based 500 km away? Where do you source most of your information and stories?

I’ve developed contacts. There are a couple of guys at the station in Mt. Gambier that are really good; they’re always forwarding me news. The local newspaper in Mt. Gambier is only printed Tuesday-Friday, but that’s also a really good source of news. Around the Mount Gambier region there’s around six or seven different councils and believe it or not there’s always stuff happening, and you can always turn it into a news story. You don’t think about it when you’re in Melbourne because everything’s so Melbourne-centric, but there is always a million things happening that you can turn into a news story. You can also turn a national story into a local story by localizing it and saying how it will affect your market.

You recently reported on a story about a local charity event in Mildura that raised money for a very sick young boy Lucas. How did you source that story and how did you follow it up?

Lucas is a four month old, and about 12 weeks ago when he was one or two months old he was diagnosed with neurological disease botulism. He’s the youngest ever Australian to be diagnosed with the disease. It is curable and he is currently in Melbourne getting treatment. But the thing is the treatment costs $100,000 and has to be brought over from the USA. It’s a story up here that’s had plenty of press coverage but on Saturday night they had a big fundraising dinner and auction. I’d been in contact last week with the event organiser to run a story on the Thursday before.

As everyone knows, news is a 24/7 job so 5pm on Sunday I thought I’d call the event organiser to find out how much money they raised. It’s a feel good story for the community because they raised $125,000. Something satisfying about that story is it wasn’t in today’s newspaper, which is a bit of a shock. And local ABC radio didn’t pick it up. That was quite satisfying for me to be the first with it. To beat the other media sources was a fist pump moment.

What are the main differences serving news to the two different communities of Mildura and Mount Gambier?

Usually when people do news for two different stations the areas at least border each other. But because mine are in different states and hundreds of kilometers apart I have to keep up with two police forces and three fire services. There are also different industries involved in each. Mount Gambier is on the coast so fishing’s a big thing. The farm and horticulture industries are completely different because you’ve got desert surrounding one and forest the other.

The biggest challenge for me is the differences in pronunciation. Even simple words like the word ‘grant’ are pronounced differently. When you’re reading out the news you need to make sure you’re saying things correctly. It can be difficult when going from reading one bulletin to the other.

I read on your about.me your 2012 goals were to get a sports journalism job. Is that still your ultimate aspiration?

Yes and no. You live in Melbourne and it’s a sports centric town and you think that would be the dream job. But then you move and you start reading more stuff on politics or the arts or horticulture and you think “hang on a minute, this other stuff is really interesting as well.” So my dream job would ultimately be to cover an Olympics or to commentate an AFL Grand Final but yeah I’m happy to be in journalism. As we all know it’s a shrinking industry and there’s too many people that want jobs and I’m just lucky to be where I am I think.

Dave Warneke is a comedian and Master of Global Communications student at La Trobe University. Follow him on Twitter @davewarneke