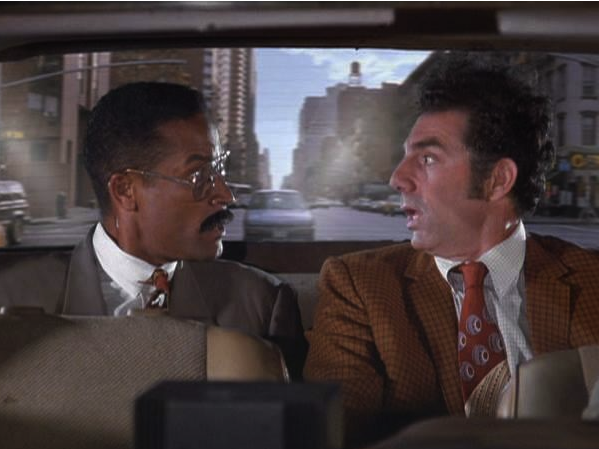 As part of La Trobe University’s The Emerging Journalist program, the upstart team will scour all 200-plus student blogs, picking out one piece per week to publish every Friday. We’ve decided to spotlight David Tracey’s, A Blog About Nothing, and his piece about an iconic Seinfeld episode. It’s published below, and be sure to check out David’s blog for all his work.

As Seinfeld broke the mould of the family sitcom in the eighties and nineties, it was fitting it was also one of the first regular high-profile television shows to comment on homosexuality. In “The Outing” (Season four – episode 17) which aired in February 1993, the topic is addressed in typical hilarious Seinfeld fashion.

Elaine notices there is a woman sitting behind them in the coffee shop who is eavesdropping and jokingly says,“Y’know, just because you two are homosexuals, so what? I mean you should just come out of the closet and be openly gay already.”

George goes along with it and it turns out the woman eavesdropper is actually a New York University student reporter who is interviewing Jerry about his comedy. She remembers them from the coffee shop, but they have no idea she is the woman who heard the joke when she arrives at Jerry’s apartment.

The episode had quite a profound effect on society back then. What would most likely be a non-issue today was big news 20 years ago. The line “not that there’s anything wrong with that” became one of the most widely used catch phrases of its time. I remember hearing it all over the school yard. It has even been used in television since then, usually in reference to a homosexuality-oriented storyline. For example, in The West Wing it was used in the 2005 episode “Faith-Based Initiative” (season six – episode ten) when a character is discussing her own sexuality.

Some argued at the time that it was homophobic to paint homosexuality with this particular brush but people need to lighten up. It’s a comedy show, it makes people laugh and yet  it still had the guts to tackle and publicise the issue when many others refused to.

It will go down as one of the most iconic scenes in the shows history.

George’s apparent anger should be seen as a reflection on the character, not a view of the show or its writers. His reaction and some of the lines he comes up with; “my father’s gay,” and “Look, you wanna have sex right now? Do want to have sex with me right now? Let’s go! C’mon, let’s go baby! C’mon!.”

Both are among the most memorable of the entire series.

With Jason Collins‘s outing of himself as the first active gay athlete in the history of the four major professional sports in the US fresh in the memory, it’s interesting to look back and realise just how far we have come in 20 years. Don’t be outraged people, humour was merely another avenue to bring light to a topic that was otherwise hidden from society.

David Tracey is a first-year student at La Trobe University. You can follow him on Twitter: @GreatWhite_Hype