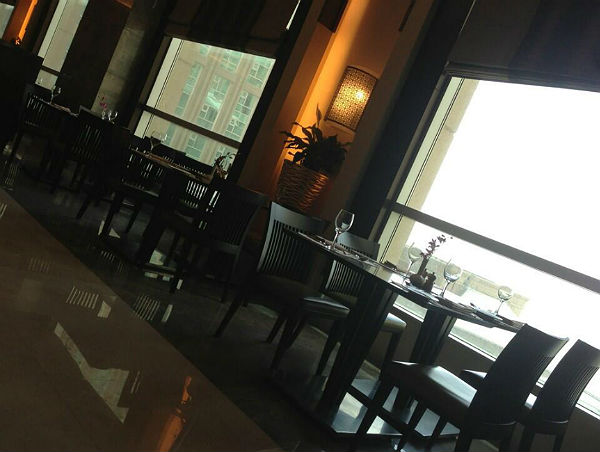 As part of La Trobe University’s The Emerging Journalist program, the upstart team will scour all 200-plus student blogs, picking out one piece per week to publish every Friday. We’ve decided to spotlight Caitlin McArthur’s, Behind the Counter, and her piece about life in hospitality. It’s published below, and be sure to check out Caitlin’s blog for all her work.

“When a customer walks into a high class restaurant, they hardly expect the food to be cooked by two just two over-worked apprentices – we were, essentially, cheap labour.”

Hospitality is an industry that is notorious for its harsh and uncompromising conditions, a place which is known to acknowledge only the thick-skinned and the passionate. It is filled with a different breed of people, who more often than not seem to have a few screws loose. From the mild eccentrics to the down-right certifiable, through to the adrenaline junkies and those with over inflated egos, these are the people who make the industry what it is.

The causal staff and the part-timers don’t always ascribe to this stereotype – it’s the industry “lifers”, the kitchen staff, with their hectic hours, mountains of prep work and high standards to meet who represent the more unstable side of the profession. These factors combine to create a cut-throat environment in the kitchen, because after all, everyone one wants to be on top.

Of course once you are on top, it’s difficult to stay there. The consequences of such an environment are more real than the customers of fine dining are led to believe.

Even those of you who have never worked in hospitality will be familiar with the long hours and hard work that is considered characteristic of the industry. The drug and drinking culture which abounds behind the kitchen door though, is somewhat lesser known.

Whilst my personal experiences have been a mix of both the good and the bad, I have been particularly unlucky in a few instances. My year as an apprentice chef, for example.

I was lucky in the fact that I started at the restaurant around the same time as another apprentice, called Erin*. We were each other’s support system, and the only real reason either of us made it through the year. A lot of the crap Erin and I copped was due to our gender.

We were the first female apprentices they had ever employed in this particular kitchen, to top it off, we were also the youngest staff members they’d ever had – facts our employers were quick to exploit. Being in our first year, and both of us originally being quite shy and perhaps more than a little naïve, it took us around six months for us to begin to see through the reasoning that this was simply the “nature of the industry.”

Once we did, we were quick to realize that even in a trade renown for its outdated gender views and tough conditions, this is not how we were meant to be treated. Starting our apprenticeships at a Michelin Star restaurant, one of the top eateries in Melbourne, had originally seemed like a good thing. We quickly realized that ‘starting at the top’ was not all it was cracked up to be.

This is environment is not uncommon in first class restaurants. Most are so focused on the quality of the food that the human factor is often forgotten. The passion is lost and you are left with a well-oiled machine, which operates on drug-fuelled highs and alcohol induced lows.

Work hard play hard is essentially a motto of the industry, and one which I remain fond of.

To fit into this world we had to play by their rules. Erin and I quickly learnt this meant accepting – without question – practices which were, at best, mildly controversial. Shots during service were a must. Breakfast lunch or dinner service, it didn’t really matter. It was frowned upon to refuse the shots (which were often a cocktail of different alcohols mixed together). Erin was an incredible light-weight and often snuck me her shot so she didn’t have to do it.

Our days were composed of 16 hour back to back shifts, usually with no breaks. We consisted on a diet of coffee and the chocolate croissants, which we took turns stealing from the baker. Our working weeks averaged about 80 hours, with one day weekends and TAFE on our day off – unpaid of course.

These hectic, unreal months had us burning the candle at both ends. In retrospect it ended the only way it was ever really going to, disillusioned with out chosen career paths we told our employers to “shove” the job. We each notified our respective TAFEs of what was going on, to avoid other apprentices entering the same situation but accepted their offer of back payment, in exchange for not reporting them to fair work. You might think we sold out, and we probably did, but we were exhausted, we just wanted to get the hell out of there.

Having a lot of respect for those who are successful in the industry, I want to stress what I experienced is an extreme example of just how bad it can get. There are plenty of places which are above board in their standards and treatment of staff.

But neither should it be ignored that there is a lot of places who aren’t.

* indicates names have been changed.

Caitlin McArthur is a first-year Bachelor of Journalism student at La Trobe University, and part of The Emerging Journalist program. You can follow her on Twitter: @CaitlinMcArthu1

Keep up with all the Emerging Journalist chatter by using #TEJ2013.