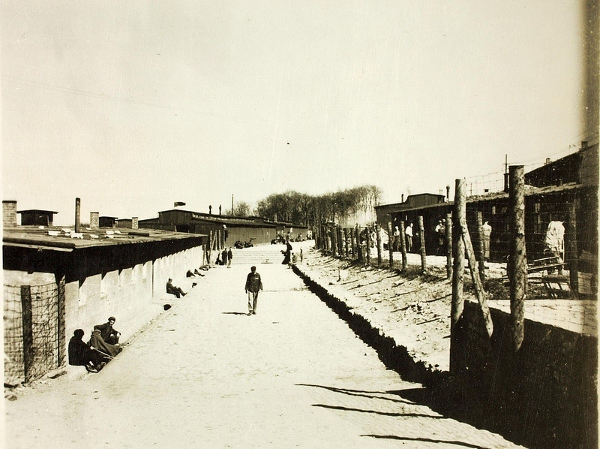 As part of La Trobe University’s The Emerging Journalist program, the upstart team will scour all 200-plus student blogs, picking out one piece to publish each week. We’ve decided to spotlight Cecilia Distefano’s,Une Belle Réve, and her review of the French film, La Rafle. It’s published below, and be sure to check out Cecilia’s blog for all her work.

La Rafle (2010) is a heart wrenching historic drama set during the Nazi occupation of France in the Second World War, written and directed by Rose Bosch. The film, centred around Joseph Weismann (Hugo Leverdez) and his family follows other multiple storylines of various Jewish people taking refuge in Paris.

We are presented with a variety of views from the non-Jewish Parisians, some greeting those wearing the Star of David with warmth and equality, others claiming they have infected Paris like ‘parasites.’ We witness the journey of these people as they are captured by the Nazis on July 16th 1942 and taken to the Winter Velodrome, some escaping and others facing terrible acts of cruelty in the concentration camps.

Thankfully, there are some brilliant characters in the feature, as the courageous nurse Annette Monod (Mélanie Laurent) and Doctor David Sheinbaum (Jean Reno) give hope to humanity through their selfless work amongst the detainees.

The film opens with actual footage of Adolf Hitler taking a triumphant tour of Paris after the successful Nazi invasion. Bosch utilises this footage in order to effectively create a sense of authenticity to the film, being based on true events. As the narrative begins to unfold, the viewer is made immediately aware of the Nazi presence in Paris. A man films the children at the playground, when he pans the camera over Joseph Weismann who sports the gold star pinned to his clothing, he immediately repositions the camera to a non-Jewish child.

Bosch carefully constructs the heavy build up towards the capture of the Jewish people. Within the refuge of the Weismann family, tension builds as the character of Rachel; Jo’s older sister is specifically created to heighten the fear with her warnings making the audience feel uncomfortable and nervous.

A handheld camera is used during the capture of Jewish people to fully demonstrate a struggle between them and the Nazis. It evokes an overwhelming sense of emotion within the viewer as we become witness to the violence taking place within innocent family homes. We see pregnant women getting beaten to the ground, children screaming, and families desperately praying for salvation.

The use of string music throughout this scene further adds to the trauma that these people are experiencing. Several attempt suicide, choosing death over capture, and one woman jumps off a building holding her newborn baby. There is utter silence as her body thumps on the ground, followed by an eruption of crying and screaming. I felt that this was a very powerful scene; Bosch doing an excellent job in shedding light on the ordeal that the Jewish Parisians faced during the Holocaust.

Throughout the film, in the various locations of the detainees, we witness chronic disease, chaos and mental illness. Schmuel Weismann (Gad Elmaleh), Joseph’s father, gives an excellent performance upon the arrival to the concentration camp in Beune-la-rolande. Being a terribly unhygienic and awful place, Joseph asks about the smell in which Schmuel explains it was probably the people there before them. “Where are they now?” Joseph asks but Schmuel has no answer, for he knows of their fate but doesn’t want to scare his son. His expression and body language here strongly communicates his thoughts to the audience, a stunning performance.

Annette Monod (Mélanie Laurent) is in my opinion the most courageous character of the film. Laurent gives a spectacular performance as she starves herself on the same rations as the detainees of the Beune-la-rolande camp. Although she becomes sickly thin and frail, she continues to devote herself to caring for the prisoners. My favourite scene is an uplifting one as the nurse turns on the radio and a romantic French love song from the period is played. Everyone begins to dance with one another and finds true happiness within the music. Even the police choose not to turn the radio off and allow them to sway blissfully through the song. This scene brought on an intense sense of hope and understanding. Even in times of despair, the music was able to fill each of their hearts with joy. The audience is able to connect with the internees as we have all used the power of music at some point or another to brighten our moods and assist us in getting through troublesome times.

Overall, this film was an incredible portrayal of the Jewish roundup in France during the Second World War. Bosch has worked tirelessly to create a sense of authenticity within this film and shed light on the matter that the Holocaust did not only occur in Germany and Poland. The feature is truly a heart wrenching and emotional journey, doing a fantastic job in exposing the true horrors of the Holocaust.

Cecilia Distefanio is a first-year student at La Trobe University, and part of The Emerging Journalist program. You can follow her on Twitter: @cecilc0re

Keep up with all the Emerging Journalist chatter by using #TEJ2013.