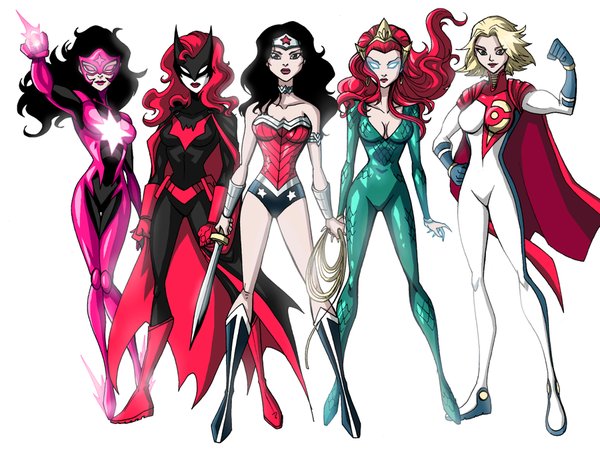 Back in 2006, screenwriter/director Joss Whedon was giving a speech at Equality Now when he addressed a question he found journalists were constantly asking him.

“Why do you write these strong female characters?”

“Because you’re still asking me that question.”

Fast forward to 2013, and while the quote is still relevant it has lost some of it’s initial gravitas.

Thanks to the success of The Avengers, Whedon is now the toast of the Marvel cinematic universe and overseeing all of its creative pursuits.

But while the likes of Iron Man, Thor and Captain America are enjoying success and status as pop culture icons, there still isn’t a female superhero film to be seen, seven years later.

Admittedly, this isn’t Whedon’s fault. There are hundreds of people involved in film production at every step of the process, so it’s more of a failing of the whole industry than just one man. But it accurately represents the current reluctance of many inside Hollywood to give female characters leading roles.

Amy Gray, who writes for the Sydney Morning Herald, The Guardian and the ABC, as well as her own feminist blog, says this lack of faith reflects Hollywood’s inability to stay with the times.

“Hollywood tries but often fails when it comes to social norms with the modern day woman and the main reason for that is something that we call ‘the male gaze’,” says Gray.

“This is concept that argues we only see women from the male perspective because it’s men controlling the camera. And it’s true — men are overrepresented in cinema and that has an impact on how women are represented.

“The failure to adjust to social norms creates a cycle where it ends up informing negative, inaccurate social norms when it comes to women.”

Star Sapphire Batwoman WonderWoman Mera Powergirl //These ladies are lacking in today’s Rp so I’m happy to see them pic.twitter.com/5PnlKVuKVl

There have been attempts in the past to bring a range of different female superheroes to the big screen, including Catwoman and Elektra, but not one has come close to their male counterparts success, both critically and commercially.

With such a poor track record, it’s understandable that studios aren’t willing to throw in the same kind of effort and money involved in recent superhero flicks like Man of Steel ($220 million budget) or Iron Man 3 ($200 million). The risk of failure is much higher with female superheroes.

But Gray insists that this is just a shield for studios to hide behind, in order to avoid the bigger issue of neglecting female led films.

“People will tell you major studios won’t fund solo female superhero features because of the notable failures at the box office. But they’re still funding male superhero films after Daredevil, various Hulks and the Green Lantern,” she says.

“Also, there are so many things that come before box office reaction — not only is Hollywood uncomfortable with women leading feature films but so is the comic book industry.

“The source material isn’t there to begin with. And when it is there? Then it either doesn’t get funded or it gets mangled in the process.”

Female characters have certainly always had a tricky past with comic books. Many of the most established franchises today, like Batman, Superman and Spider-man, were created in the 1950s and 1960s periods which were notorious for sexism and inequality for women.

As a result, the female characters written around that time are now extremely outdated and have either been reduced to supporting roles or have failed to connect with a modern audience.

However, Gray says that every successful superhero has had to evolve over time and the key to a successful female lead is simply an update.

“It’s not gender specific — comic and film characters are constantly updated,” she says.

“The so called ‘classic’ characters have all benefited from updates which added extra grit to them and brought them into today’s culture — look at what has happened to Batman.

“Uncanny X-Men was so hokey and dated in some ways but they did a great job of updating it. I wouldn’t automatically presume a character like Wonder Woman is outdated because of her overly revealing costume or invisible plane (Avengers featured an invisible plane).”

Positively, this is a sentiment that has been reciprocated by a number of high profile actresses, including Natalie Portman and Gina Carano.

There’s no reason that a female superhero movie can’t be successfully brought to the big screen for a modern audience.

All it needs is someone who is willing to put in the effort to make sure the film successfully reflects the best possible incarnation of the character, who can serve as a role model to young girls and not an outdated stereotype.

“I want more comics and films with great women, women who are complex and do more than talk about men they want to support. And when it’s out there in the market, I will go and support it.”