A trip to the supermarket is a surreal enough experience without Michael Pollan’s words going through your head. No longer just an ordinary cereal aisle, walking past the brightly coloured boxes spruiking FIBRE! ANTI-OXIDENTS! CALCIUM! all I can hear is the mantra ‘edible food-like substances’, Pollan’s pithy description of the processed food that dominates our diets. Take off the rose-coloured glasses of familiarity and let Michael Pollan be your shopping guide and the foods that seem so normal one day will become scarily science fiction the next. 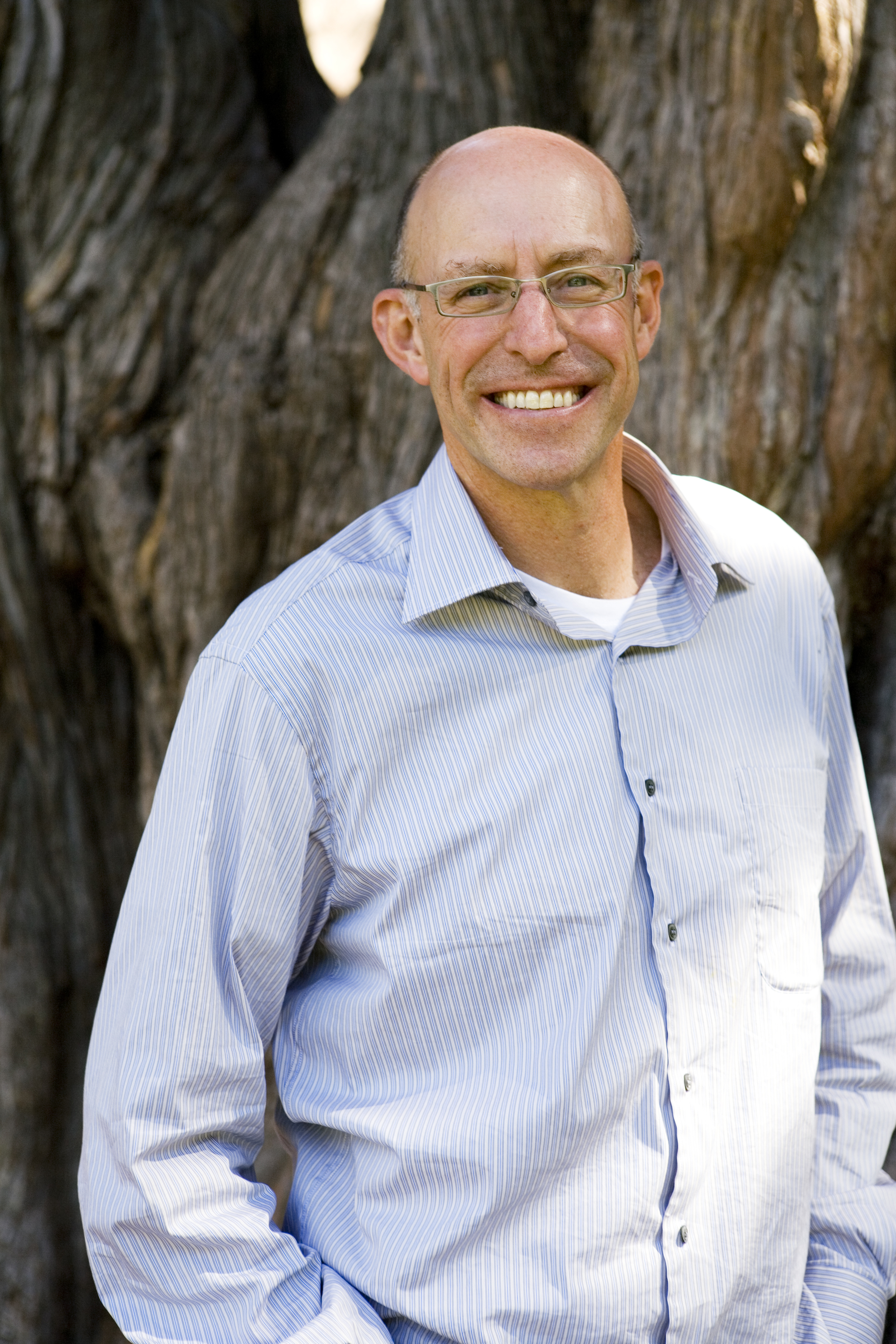 Food with multiple additives, terrifyingly long shelf lives, loads of sugar, salt and fat have become the norm in the Western world and it’s this highly processed diet that is causing obesity, shorter life spans and chronic disease. This isn’t just Michael Pollan’s analysis but the conclusion of multiple researchers, scientists and health care professionals. Unlike the subject of climate change, there’s little dissent about what’s causing us to be so fat.

Named one of the world’s most influential people in Time magazine’s 2010 annual top 100 list, Pollan is a Professor of Journalism at Berkeley Graduate Campus and the author of four New York Times bestsellers: Food Rules: An Eater’s Manual; In Defense of Food: An Eater’s Manifesto; The Omnivore’s Dilemma: A Natural History of Four Meals and The Botany of Desire: A Plant’s-Eye View of the World.

Although food is clearly his obsession, Pollan is quick to point out that he’s neither a scientist nor a nutritionist. He is simply a journalist keen to ‘clear the fog of confusion on this important issue’.

Pollan suggests that when we started to talk about nutrients in food, we started to lose the plot. Once food was no longer defined by what it was ie: red meat, vegetable, dairy, fruit or grain and became defined by its characteristics ie: low fat, fibre rich, salt reduced, cholesterol free and so on we began to lose track of our natural food wisdom.

That’s why conscientious shoppers can be found in supermarket aisles carefully reading the ingredients lists of processed foods, trying to work out exactly what they are going to be eating and if it really is good for you. Fall down this rabbit hole and food shopping will never be the same again.

From a time when meals consisted of a combination of the best fruit, vegetables, grains, legumes, meat and dairy you could afford, we’re now bamboozled by complicated choices we need expert guidance to understand.

That’s why Pollan suggests we need to get back to our traditional food wisdom and cut out the confusion. As part of his research for a magazine story he put out requests on the New York Times and Slow Food USA websites for simple rules of thumb or sayings about how and what we should eat. 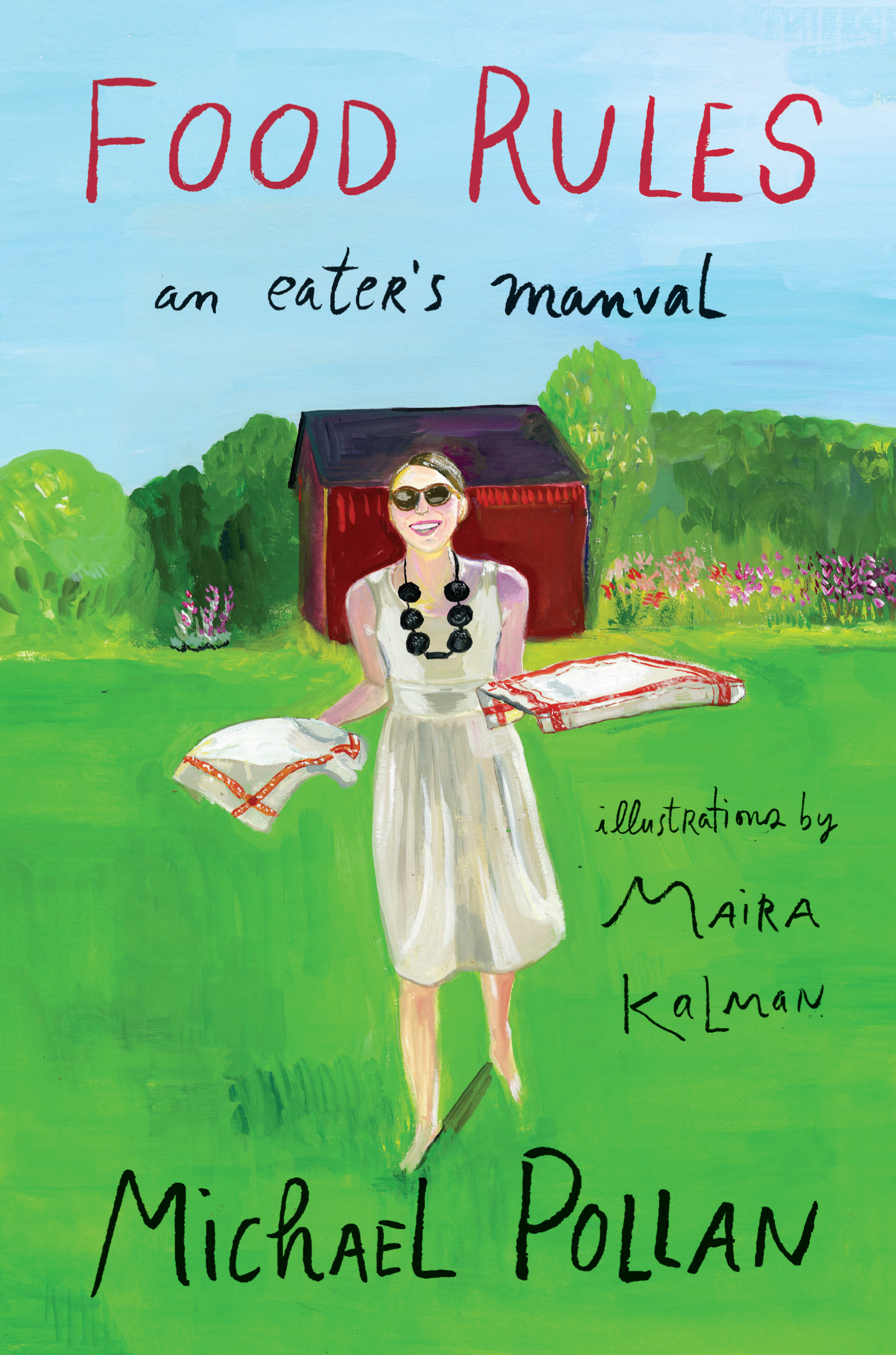 Of the 5,000 plus responses he received, Pollan collected enough to help him write Food Rules: An Eaters Manual.

He refers to his rules as grandma wisdom but I only have to look back one generation to get the advice I need. My mother always shopped at fresh food markets, cooked all meals from scratch, made us cook the sweet treats we craved ourselves and always responded to the I’m hungry’ wail with ‘eat a piece of fruit’. She also worked full time. I’m following the same route with my own brood, and I also work full time. Sounds smug? No, its just a  case of meat and three veg or sometimes just three veg, most nights of the week. It’s an inexpensive and straightforward routine. The kind of food and the kind of ritual that used to be the norm.

Pollan has a long list of funny, wise rules to guide would-be healthy eaters but for those who are too busy to read the book, copy out this brief seven word piece of advice and learn it off by heart:

Eat food, not too much, mostly plants.

Justine Costigan is a Master of Global communications student at La Trobe University. Follow her on twitter: @justcostigan