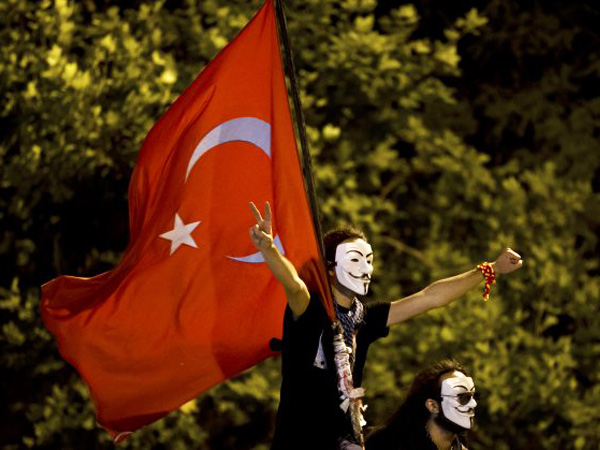 In May, what started as a 50-person protest against the re-development of one of Istanbul’s smallest parks turned into a nation-wide resistance against police brutality and what protestors claimed is an oppresive regime.

As Turkey’s mainstream media refused to show the protests, the resistance gained momentum, and social media became the only way to communicate.

Join Erdem Koç on August 15 as he discusses the “#occupygezi” movement in this public lecture at La Trobe University’s Bundoora campus. 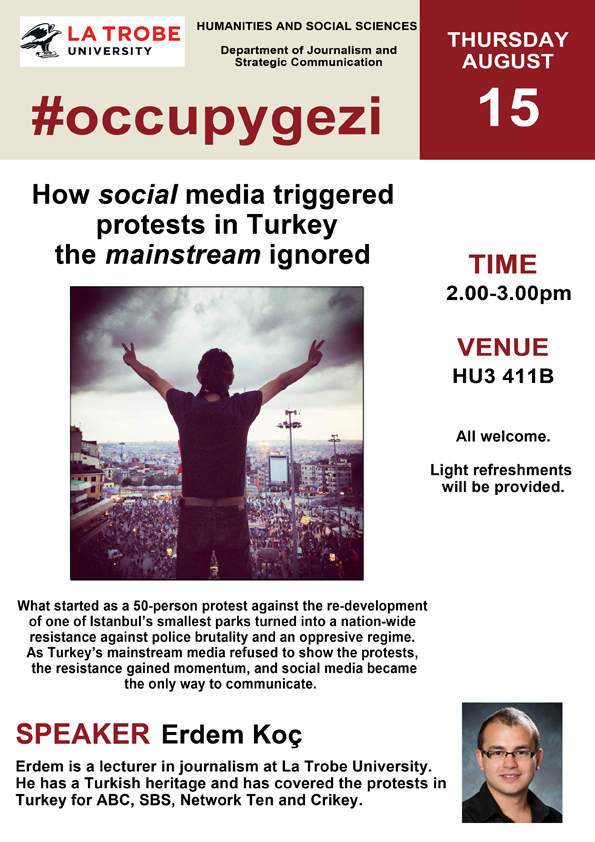