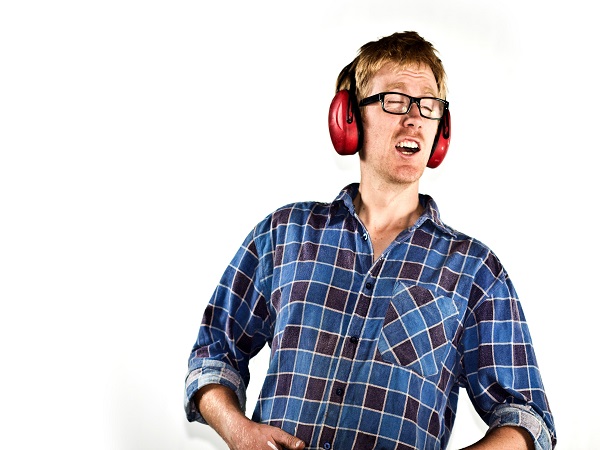 Although it has taken some time and a couple of different professions, comedian Andy Matthews is now doing what he loves.

Having previously worked as a physics teacher and engineer, Andy finally gained the courage to pursue his love of comedy.

“I’ve always loved comedy. I still love science, but in some ways I feel that writing jokes allows me to exercise the same part of my brain but in just a more fun way,” Matthews tells upstart.

Matthews is now involved in many parts of the comic and media industry.

He works as a stand-up comedian, having performed his show, String Theory, at the Melbourne International Comedy Festival earlier this year.

“Stand-up comedy especially was a big leap, because if you fail it’s entirely on you,” he says.

“But in the end, that’s part of the appeal of stand-up. The only person you can really disappoint is yourself, which is kind of freeing.

“Even once you’ve decided to try it, though, taking the leap to realising that it could be a career and committing to it entirely is another big step.” 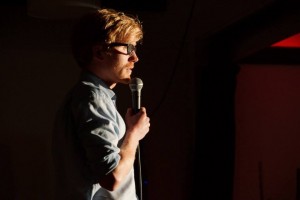 Matthews then began writing for community TV on shows such as The Inquiry, Get Cereal TV and Not a Lot of People Know That.

“I began to develop contacts and a portfolio of writing. Both of those were vital to getting paid work. Eventually, an opportunity came up to do some casual TV writing and a friend recommended me for it,” he explains.

While doing some work for Channel 31, Andy met several people whom he has continued to work alongside.

“If I hadn’t had them around then I wouldn’t be able to do any of this stuff,” Matthews says.

The group have been shooting web sketches for the past three years but they recently decided to enter the relatively new world of web series. The group have hit the ground running with six shows.

Andy writes and stars in two, “Patent Pending” and “The Warehouse“. “The Warehouse” is a live talk show hosted by Andy and features the whole group.

“I think that working on web content could be a bit isolating, but if you can get out there and meet people who have similar interests and complimentary skill sets then you will be able to do so much more than you could on your own,” he says.

Andy created Stupid Old Channel as an outlet for Melbourne’s comedians to showcase their talent in a form other than stand-up.

“We’ve got the team and a great studio for it, so we approached a few people to see if they had ideas to film. It went from there.”

Ideas for shows are largely collaborative, often starting with a simple idea that is developed by the group during rehearsal and shooting.

Andy plans to continue shooting his show “Patent Pending” but some of the other shows on the channel might get rotated out.

The group have been on hiatus from developing their series’ due to the Melbourne International Comedy Festival and shooting for ABC’s “Fresh Blood” program.

Andy also writes for Channel 10’s “The Project”; he is responsible for finding the right kind of stories for the panel to discuss.

“They can’t be too serious or too silly – there generally has to be a bit of substance to make it worth talking about,” he explains.

Then I have to convince the other people working on the show that these are ‘good chats’ and then set about trying to write jokes about them.”

For Andy, the best part of his job is working with funny people.

“Getting to have a ridiculous and silly conversation with someone and call it ‘work’ is pretty great,” he says.

Lauren Colosimo is a third-year Bahelor of journalism student and a staff writer for upstart. You can follow her on twitter: @laurenacolosimo