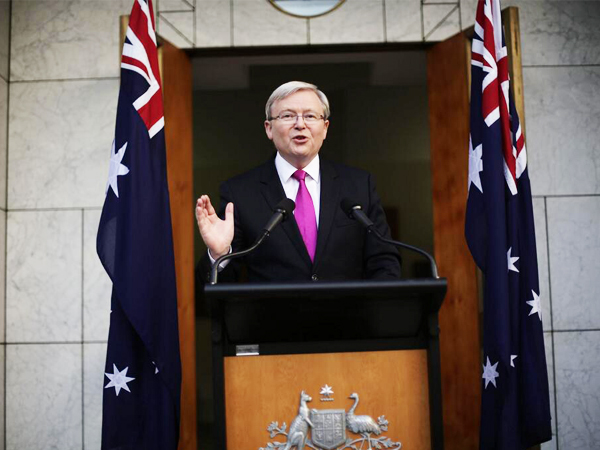 Finally, we have a date.

Prime Minister Kevin Rudd has just announced the federal election will be held on September 7.

Here at upstart our assembled team of crack emerging journalists will digest and dissect the litany of pending doorstops and press releases, as Australia prepares to go to the polls.

We can’t boast Barrie Cassidy’s rolodex or Phil Coorey’s contact list; which means we can get a little creative in covering issues which is probably of little interest to the nation’s leading media.

Over the next five weeks, in addition to providing commentary on the big issues set to decide who lives in The Lodge for the next few years, we’ll explore some of Australia’s smaller political parties, swinging and marginal seats, and the way social media is utilised over the course of the campaign.

In the next few days, we’ll introduce our team determined to provide insightful, entertaining coverage of the campaign.

In the meantime, we’ll be eager to hear from you.  Do you have a story idea that you’d like to pitch? Is there a particular issue you want to talk about? Who do you think will win the election, and why? Do you have a scoop to make upstart the most widely-read publication in Australia?

Whatever it is, drop us a line at contact@upstart.net.au or tweet us at @upstartmagazine.