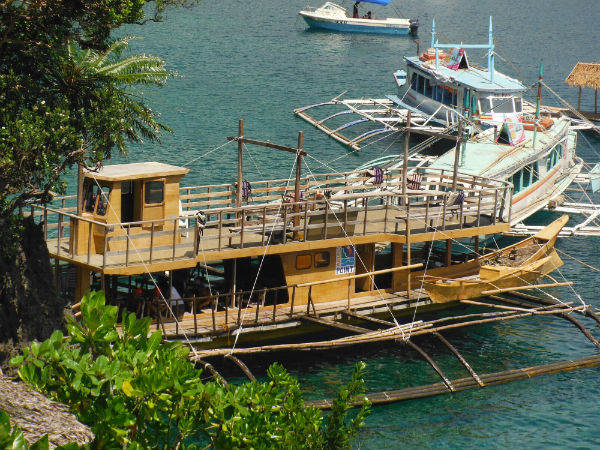 Travelling overseas for the first time, I expected the culture shock to hit hard.

Coming from a wealthy, western country like Australia, I thought that the small island of Boracay in the Philippines would offer a complete contrast to all the comforts of home. But surprisingly enough the differences were not always in the places I expected.

Stepping onto Boracay’s famous White Beach, the view emulates something straight from the movies. Clear water cascading over unbelievably fine, white sand; stretching for miles along a beautiful bay. Rolling hillsides to the left and on the right a cliff top home to a large symbolic wooden cross.

“Here the sand is really white, the water is crystal clear. In Bali they literally have to sweep the beach every morning to get all the rubbish, which is horrible,” she says.

However, she believes Boracay’s beaches will soon lose what makes them so special.

“I guess also, Boracay is only in its infancy of tourism. I walked down to the beach only an hour ago and there was an empty water bottle just as I was getting into the water. In ten years time, imagine the litter that’s going to be around.” 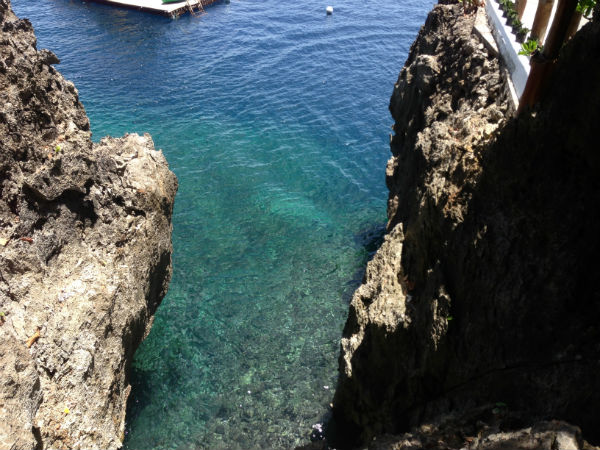 “The nature of Boracay is more crowded. When first I came here there weren’t so many activities. It’s okay now but I’d like it to stop,” he says.

What surprised me was the similarities between the food in Boracay and Australia. While there were Asian dishes on every menu, there were also typical, western foods such as pizza and hamburgers. One night, we even ate at an Italian restaurant – Aria Restaurant.

Chiropractor and first time traveller, Dr. Alyshia Mortimer was surprised by the similarities.

“It’s not a big shock in terms of the food. It’s very westernised,” she says.

“And I guess because Australia’s already pretty multicultural we’ve already experienced a lot of the differences anyway.”

However, something that was different about dining in Boracay was the entertainment provided. Entertainment ranged from something as mellow as acoustic cover bands to seemingly dangerous fire throwers.

With drink prices significantly cheaper than they are in Australia, dining out almost always led to a night out.

However, mornings after consisting of at least two hours of self-loathing in the shallows taught me that drinks are not poured the same way in Boracay as they are in Australia. Not at all.

Seven per cent beers, rum and cokes that resemble weak black tea and Boracay Malibu that is unbelievably toxic illustrate what Australia could be without an alcohol tax.

“I would watch them pouring my drink and they wouldn’t measure it. In Australia, there’s an ad on TV which calls that drink spiking. I don’t mind it. I’m just not used to getting so drunk off two drinks,” she says.

Another aspect is the traffic. I find Melbourne traffic intense and frightening. The beeping, aggression and sheer anarchy of the CBD is too intense for my liking. But after just ten days in Boracay, I realise that I have been a wimp.

Crossing the road in Boracay alone is enough to get the heart racing – with so much traffic and no designated pedestrian crossings. Just as worrying is the experience of riding in the back of a tricycle. Costing just over one Australian dollar per trip, these small motorbikes attached to awkwardly sized carriages are the cheapest option for travelling around Boracay.

That being said, the ride can become quite intense. With a set price before takeoff, it is in the driver’s best interest to have you at your destination in the quickest time possible. This becomes all too apparent when they begin driving into oncoming traffic. Over time, I eventually became desensitised to the constant beeping of traffic and near miss car crashes. Yet, this didn’t make my knuckles any less white as I held on for dear life.

But this was not the only frightening aspect of the island. The island’s most popular shopping spot, D’Mall provided another lesson for an Australian tourist; haggling. Haggling is a strong part of the Filipino culture and I suspect they can spot a newcomer when they see one.

Being new to the game, I was naturally terrible at it. Timidly, I would begin asking for less before bowing down to prices I expect the locals would find outrageous.

Most of the activities provided by the island were those of which you could find almost anywhere; jet skiing, paragliding and snorkelling just to name a few.

The cliff diving, however, was something different entirely. Located at Arial’s Point, this isn’t something you would likely see in Australia. Being allowed to jump from cliffs reaching 15 metres high seems unlikely. But add copious alcoholic beverages and unregulated diving points and you’ve got A Current Affair’s next big scandal.

I guess this is where the defining differences lie between Boracay and Australia. Not so much in the food or appearances but in the unregulated nature of Boracay. The traffic, alcohol and general safety are what make it truly an experience for an Australian tourist.