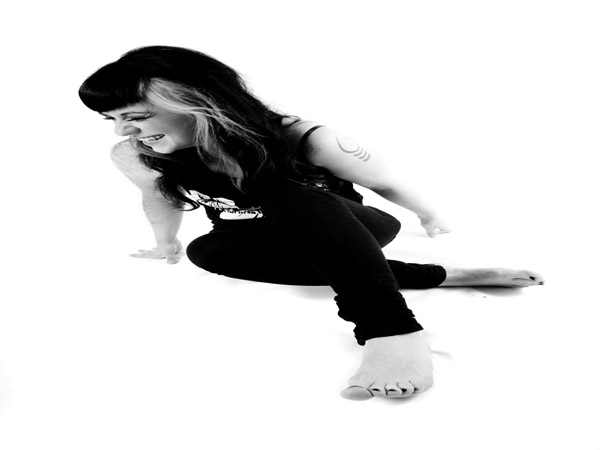 For many, the working day ends at 5pm but not for Olivia ‘Liv’ Reppas. She’s too busy organising interviews with bands like Slayer, Anthrax, Deftones and Killswitch Engage.

As well as working full-time in her day job, Reppas, 36, is also the creator, editor and publisher of Heavy Music magazine.

Although Reppas has a number of different qualifications, it’s music that she has the most passion for. 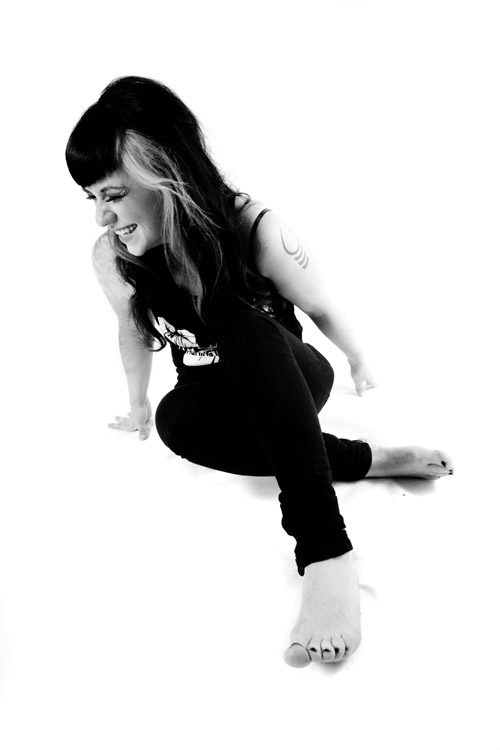 “I’ve been working in the local music scene for the past six to seven years, putting on lots of underground gigs and showcasing local acts – which was my primary focus, until I decided I wanted to start my own magazine.

“Heavy was initially started to showcase Australian local talent alongside big international bands. I wanted more of an opportunity to be able to expose Aussie bands amongst well known ones,” Reppas says.

For Reppas, the definition of ‘heavy’ music incorporates a number of different music genres – from rock to more extreme metal, to punk or hardcore.

“I think at the moment there’s a bit too much segregation in the heavy music community. Heavy brings us all together under the one umbrella – so let’s all support each other,” she says.

What makes Heavy different to any other magazine is that it focuses about 50 per cent of its coverage on supporting and promoting local Australian bands.

“It’s more than just a magazine which tells you what’s hot or popular right now. It covers heavy music bands which don’t necessarily get much exposure in the media.”

Reppas says it’s upsetting for her and the wider music community when people instantly regard international bands as more talented than Australian artists.

“It was really getting to me. There’s not so much support either from record labels, the media or some promoters. This is why Heavy is important, to promote emerging Australian underground heavy talent – making it inclusive for Australian bands,” she says.

The quarterly magazine’s first issue took about eight months of planning before it was published in January 2012.

Heavy has a variety of different sections with an industry focus, providing tips to people who want to work in the music industry and educational components with interesting legal content. 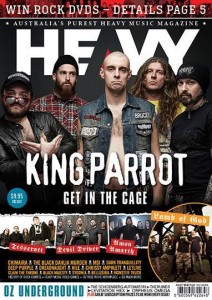 The magazine also includes a section entitled ‘Chicks in music’ which includes interviews with women making their mark in the heavy music scene and how-to guides from music industry professionals.

Reppas has a loyal team of contributors including musicians, journalists, industry professionals and die-hard fans who love the opportunity to go to live gigs, festivals and also interview and photograph bands.

One of the biggest challenges for Reppas is being able to balance Heavy with her full-time professional career.

“The magazine itself presents daily challenges including being able to manage deadlines and working with a large team of people. But, in saying that, we’ve managed and got Heavy out every time as scheduled,” she says.

Aside from the hard-copy version, Heavy is also available via ITunes and has its own website. Reppas says the online interaction is extremely important, reaching out to the rest of the world.

“The top two international purchases of the electronic version of Heavy, comes from the USA and China. This proves the importance of showcasing Australian local talent.”

Reppas says the festival Soundwave, which attracts a national audience of about 300,000 fans, is extremely important to the Australian heavy music scene.

“Soundwave has been phenomenal in being able to provide a festival entirely focused on heavy music. There aren’t many options in Australia to be able to see a day’s worth of fantastic, international heavy bands.

“I think it’s been great for that and it’s certainly been giving Australian bands more opportunities. I wouldn’t miss it,” she says.

The passionate music enthusiast says heavy metal is a lifestyle, as well as an opportunity to release and express oneself without being judged.

“Heavy metal gives you the chance to f*cking let go. I can’t live without it. It gives me energy to keep on going.”