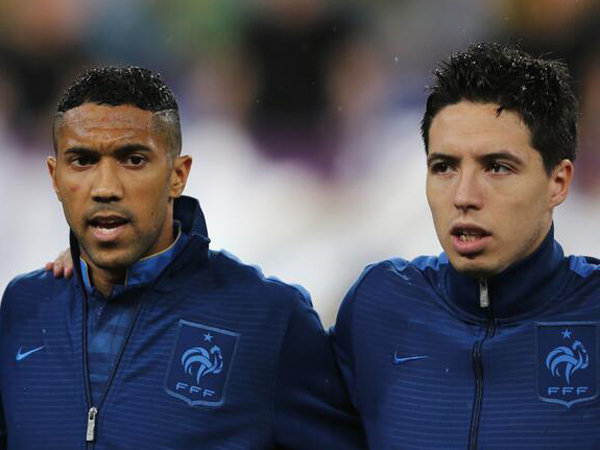 The make-up of the French squad for the 2014 FIFA World Cup has raised many a questioning brow among the footballing world and perhaps justifiably so.

After an embarrassing 2010 World Cup and a stuttering qualifying campaign for the 2014 tournament, 15 of the 23 selected players weren’t part of the 2-1 loss to South Africa in Bloemfontein four years ago which sealed their elimination.

Those same 15 of 23 also possess no World Cup experience.

Add to that seven of those 15 have been capped less than 10 times at senior level.

For a nation that can only be described as the ‘yo-yo country’ after winning the 1998 World Cup and suffering group stage eliminations in 2002 and 2010, either side of a runner-up finish in Germany 2006, the decision to fill the boots of so many youngsters with experience, giving more than an eye on the future, is a surprising one.

Though perhaps more surprising is the public backing of manager Didier Deschamps following his squad announcement.

It isn’t just the most optimistic French supporter who is on board either. The local media appear to be right behind Les Bleus as they seek redemption for their South African debacle.

Headlining the omissions is Manchester City attacking midfielder Samir Nasri who, despite enjoying his most prolific season yet for the English champions with 11 goals in 46 appearances, was unable to force his way onto the 12-hour flight from Paris to Rio.

.@MCFC‘s Samir Nasri and Gael Clichy have both been left out of France’s World Cup squad http://t.co/BVHkaC2pyl #MCFC pic.twitter.com/cGuF9gALqR

Clichy was used sparingly at City this season, with left-back Lucas Digne now first choice after enjoying an impressive season at PSG, while Raphael Varane’s stellar season at Real Madrid has enabled Deschamps to look comfortably at the next generation of French stars in his rearguard.

Question time after last week’s squad announcement was understandably dominated by Nasri’s non-selection. 45-year-old Deschamps explained that while Nasri is a quality player, for now “his performances within the French team do not live up to that of the performances with Manchester City”.

Deschamps continued to say that while there may not be the most 23 talented French players fighting for a place in the starting lineup (for France’s first match in Porto Alegre on June 15), he is firm in his belief that he has selected the best collection of players.

Following mass disappointment in South Africa, France were cursing a 2014 qualifying draw which placed into the same group as world No.1 Spain, meaning a playoff tie was always likely.

However, French football writer Arilas Ould-Saada tells upstart a stirring second-leg comeback against Ukraine has been the catalyst for newfound optimism within the nation.

“After a dramatic turn around in the playoffs, the public opinion is rather positive,” says Ould-Saada.

“After that tournament (2010), Les Bleus lost the support of the people. This has allowed a lot of young players to come in. There is a promising generation of French players coming up, making it easy to replace the sinners of the South Africa World Cup.”

The aforementioned Varane and Digne, Juventus midfielder Paul Pogba and Real Sociedad wide-man Antoine Griezmann will all be a part of the young brigade of French stars in Brazil and will compliment the established names of Karim Benzema, Franck Ribery, Bacary Sagna and Hugo Lloris.

On paper, Deschamps has assembled a star-studded XI, but Arilas believes the French public is happy to accept this tournament as primarily an exercise in building a team for future challenges, in particular the 2016 European Championship, which they are hosting.

“People also seem to have accepted the fact that France are not gold candidates this year,” explains Ould-Saada. “Though the public opinion of the squad is mainly positive, especially because of the presence of popular, talented youngsters.

“Considering that there is a European Championship right around the corner, the main aim for France is to prepare for that challenge – the squad looks to be slightly too raw to be able to think about silverware this year.”

Despite struggling with easy groups in years past, a draw featuring Switzerland, Ecuador and Honduras means France should advance to the knockout rounds where their likely opponent will be a talented Bosnian outfit.

“Anything but a quarter-final would be disappointing for France, but at the same time I do not expect them to do any better than that,” says Ould-Saada.

“However, it is the attitude shown by the players throughout the tournament that will decide the public opinion, rather than the final result.”

With a united nation behind them and a favourable draw into the quarterfinal, a youthful and talented French squad with a sprinkling of experience is set for redemption in Rio.

Luke Sale is a third-year Bachelor of Journalism (Sport) student at La Trobe University and a staff writer for upstart. You can follow him on Twitter: @lukesale1.