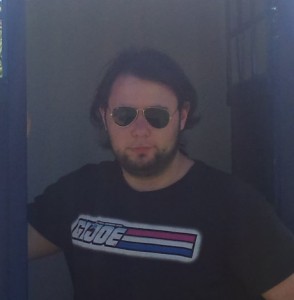 Blogging is one of those things that everyone who has had an internet connection seems to have done at least once. It has almost become a rite of passage in the vast technological culture of the internet. Today almost every social networking site has a blog option. It is so easy for anyone to produce material for the web today that almost every user has.

At one time in my life I thought that I could start up a blog and become the new net sensation with thousands of readers. Becoming a self-made celebrity was the main reason I entered the blogosphere. It seems ridiculous now, but I was 16 when I started blogging and really I believed that my opinions and rants would win the love and respect of the people.

My first blog was set up through a MySpace page and was more of an angsty teen journal, which really had nothing to do with anything but the problems in my life. It did not win me the love and respect of the people. My only readers were my friends and the more I wrote, the more I catered for that audience. I wrote about the parties I’d been to, my bowling scores and what I’d bought that week. To me I was giving the people what they wanted.

When I was 18 though, I suddenly started to get academically interested in cinema. Once that happened, the focus of my writing changed and my blog became reviews of the films I had gone to see that week. I started to actually take my writing seriously in the hope that my blog would be taken seriously too.

I moved my blog off MySpace and onto a more respectable blogging site and started to really focus on getting my voice to be heard by someone who didn’t go and see the film with me. After that, I was faced with the fairly common problems that most bloggers have like updating regularly and finding a stable audience, both of which I am still dealing with.

My experience with the blogosphere has been a long, difficult and very personal journey. When I look back at the companion my blog has been over the past four years, I see the growing development and maturity I have gained not only as a writer, but as a person. It is more than just my voice on the internet. My blog is me.

Kiefer Findlow is a second year Bachelor of Arts student at La Trobe University and you can read his blog here.