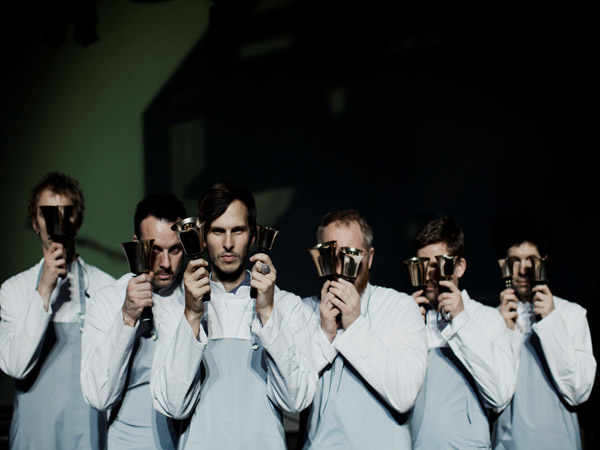 Not only is Melbourne the world’s most liveable city, it’s also the music capital of Australia.

From 15 – 24 November, Melbourne Music Week (MMW) will be taking over the city to celebrate its effervescent music and arts scene.

Now in its fourth year, MMW is hosted by The City of Melbourne in association with 75 different event partners. It will be featuring 110 events, many of them free, staged in over 60 locations across the city.

The huge line-up consists of 230 international and local artists with more than 75 per cent of the line-up coming specifically from Victoria.

The @melbmusicweek full lineup is live and tix on sale! Who are you most excited for?? @thats_melbournehttp://t.co/cZ6eeU9Br5

Leading electronic music independent touring agency Novel has partnered up to collaborate with the event. The company’s Director Daniel Teuma says MMW is a unique event.

“From our prospective MMW provides an opportunity to host a show alongside some of Melbourne’s finest, credible promoters and labels,” Teuma says.

“It’s a great opportunity to be involved in a more cultural and council based project, and to be a part of the MMW community.

With it being a council funded event, it has access to venues which tend to be more difficult or impossible for other event organisers. The team at MMW work hard to secure new and exciting venues every year. The Residence will be a highlight this year with its innovative production and venue configuration.”

Co-founder of record label Haul Music, Techno Producer and DJ Mike Callander says it’s essential for the City of Melbourne to support the Australian music industry because it has an inordinate amount of world-class musicians living and working in the city.

“Music is not only an important part of what makes Melbourne so vibrant and fun, it’s also an export that should be better valued in economic terms,” says Callander.

“From the rich band history through to the city’s warehouse rave culture and to the recent merging of the two, music in Melbourne is a celebration of our uniqueness as a city, but also facilitates a connection to the rest of the world that would be otherwise geographically impossible.”

Teuma agrees and says Melbourne has long history of being a main cultural centre of Australia.

“This is especially so in terms of electronic music. Melbourne has led the way in Australia for electronic music and continues to be at the forefront of shows, tours and local artists,” says Teuma.

One of the main highlights of MMW will be a one-off concert with German electronic producer and DJ Pantha Du Prince and Norway’s The Bell Laboratory at the Melbourne Recital Centre.  The uniqueness of minimal house and techno beats infused with ringing bells is something not many would’ve witnessed before. With the first show already sold out, tickets for the second show are still available.

Both Teuma and Callander recommend the Smalltown event, which will be hosting Berlin producer Shed and Manchester’s Andy Stott who will making their Victorian debut performances.

“They’re two acts that I’ve been keen to hear for some time now. I’m very lucky to share the bill with them at The Residence on 17 November,” says Callander.

Not only will MMW showcase an array of music, the event also includes workshops, exhibitions, films and more. Some of the locations include a party at Flagstaff Railway Station, a party at an underground carpark of University of Melbourne, kids parties where the whole family can have fun and places such as Federation Square, Cherry Bar, The Toff in Town, The Liberty Social and the Ding Dong Lounge.

Mandi Santic is a third-year Bachelor of Journalism student at La Trobe University, and a staff writer for upstart. You can follow her on Twitter: @candidmandi