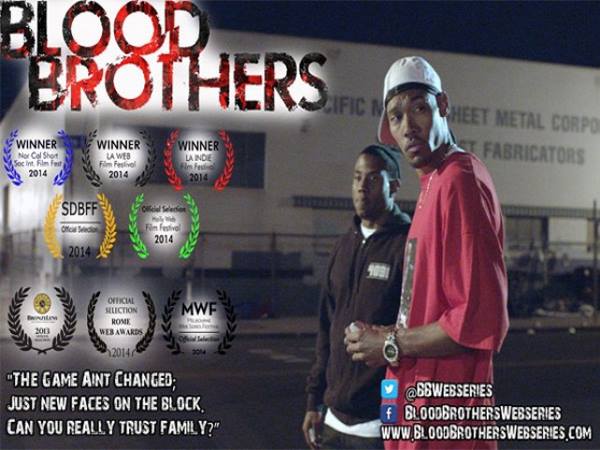 Filmed in San Diego California, Blood Brothers follows an educated young African American, Rube, who is forced to hustle to survive on the streets. Rube is faced with a tough decision when he tries to help someone he loves but is dragged down by someone he looks up to.

Series creator Jamie Nieto says his inspiration for the show came from a dream as well as real life occurrences.

Nieto says there is nothing like Blood Brothers on TV and it gives a fresh new prospective to crime drama. The series asks audiences what they would do for their family.

We used a crowd sourcing web site called indiegogo. The rest of the money was self-financed.

Blood Brothers will continue the film fest circuit and if we are not able to sell the series then we will bring the show out next year and fund each episode one at a time.

I believe this is where the market is going and most of world will consume their entertainment via the web. We would like to be on the forefront of that movement.

I’m a two-time Olympian in track and field. I competed at the 2004 and 2012 Olympic Games in the high jump. Also, there are a few other athletes in the show. The actor that plays Cal is a former American Record Holder in the 110 high hurdles.

Blood Brothers on the web: