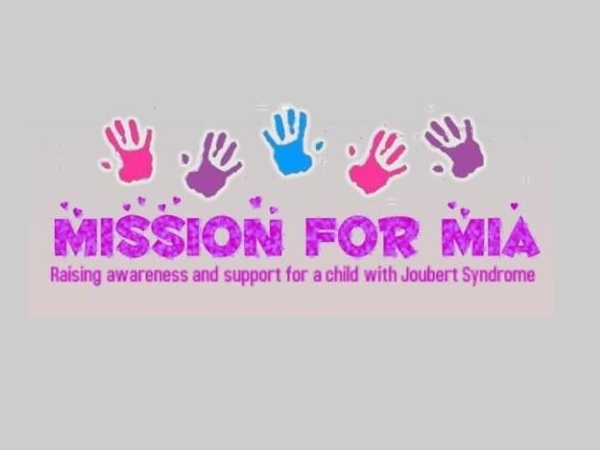 Mankind has a remarkable ability to make the best out of a difficult situation, and often in trying times, communities come closer together. But far too often in our society we focus on the negatives and sometimes people forget about the good that others can do.

Of course, tragedy isn’t the only catalyst that drives people to help change someone else’s life, there are many reasons and sometimes what starts as an idea from someone can turn into a passion.

This drive is evident when speaking to local Melbourne resident Ashlee White, who is playing a major role in the driving force behind the initiative ‘Mission for Mia’.

‘Mission for Mia’ began as an idea to help raise enough money for her niece Mia, who was diagnosed with the rare genetic condition known as Joubert Syndrome.

The plan is to fly her overseas to the Joubert Syndrome and Related Disorders Foundation conference in the USA.

Mia was diagnosed when she was 10 months old, who is now nearly five and her family became tired of an ongoing shortage of information, even from Mia’s specialists, about how to best prepare for her future.

Ms White is heavily involved with Mission for Mia and spoke to upstart on behalf of the Mia’s mother.

“The reaction has been overwhelming,” Ms White says.

“Everybody has been so supportive, kind and generous and we have been flawed by how much people have been willing to give in terms of love, time, money and items for raffle and auction.

“People are amazing and community spirit is definitely not dead.”

Joubert Syndrome is characterised by the malformation of the cerebellum vermis and the brain stem; the physiological implications that occur as a result can range in severity, but ultimately make facing each day a struggle for an affected person.

“Joubert Syndrome impacts upon all facets of life and presently in Mia’s case this means living each day with poor muscle tone, temperature control difficulties, and at this stage she is non-verbal and learning sign language,” Ms White explains.

“In order to seek more information and support we’re fundraising to take Mia to a medical conference in the USA to better understand her needs and suitable care for her future.”

Help hasn’t just come from the local community either, with Coles Supermarkets and the Collingwood Football Club both extending a helping hand and donating.

“As far as Collingwood Football Club, I wrote them a professional email through their community page online and presented my situation, what I was trying to do and how I wanted to achieve it,” says Ms White.

“They assess all of their applications for community involvement, but two weeks later they’d sent me 10 tickets to a round of my choice for a raffle being held later this month.”

After initially going through various stages of doubt to whether the goal set was achievable, Ms White says, “what started as a goal to raise the money to go to the conference is fast becoming something much bigger.

“We have hopes to potentially register a charity in the future and provide ongoing support to families across Australia facing the same obstacles.

“While it’s important for us to achieve the financial goal we set, we are also entirely committed to raising awareness for Joubert Syndrome itself.”

That financial goal was to raise A$10,000, but once the estimation that the trip is going to cost somewhere between A$10,000 and A$15,000 the people involved began to become concerned.

However, just a couple of months in and with a year to go before the trip, ‘Mission for Mia’ has raised almost A$7,000 from kind donations and a number of sold out trivia nights.

“We’re not going to stop working hard at our cause, either,” Ms White says.

“We’d love to continue raising money to maybe to help out another family to afford to make the trip or to donate it to further Joubert Syndrome assistance.”

People who feel like they are interested in donating can do so a couple of ways. Currently ‘Mission for Mia’ accepts direct deposits and also has a PayPal account that the money can be routed through. All donations are deposited in to a trust account in the name of Mia for the purposes of making the trip to the US in 2015.

To donate through PayPal, money can be sent to us at my account: ashlee.j@live.com