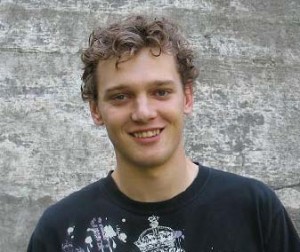 Once upon a time it was possible for professional athletes to ply their trade without having to deal with the stress of the modern media. It’s hard to imagine the ancient Olympians facing public scrutiny about their personal lives, for example. But nowadays, with the rise of the global media and a collective devotion to celebrity culture, being a professional athlete entails far more than simply being good at the sport in question. Just ask Michael Clark.

As attention on professional athletes has increased, so has an awareness that athletes need to be savvy when it comes to interacting with and participating in the media. Rather than allowing athletes to speak their minds, great care is now taken to promote good sportsmanship and maintain the reputation of the game in question. While a fight may well break out during an AFL match, for example, it is highly unlikely that the confrontation will continue off the ground, such is the desire to uphold the reputation of the game.

While all this might sound fairly reasonable the reality is that it makes the whole process rather dull and predictable for the public. In his address at the conclusion of last year’s AFL grand final Geelong coach Mark ‘Bomber’ Thompson said the following;

‘Firstly to the St. Kilda footy club, footy sucks sometimes and you guys have had a fantastic year. You’ve done so much right and you’re one of the hardest teams to play against’.

An undoubtedly noble gesture, but also a rather predicable and unoriginal one. If only he had said something along these lines;

‘Firstly to the St. Kilda footy club, you only lost two games for the season and you finished two games clear on top of the ladder. You also outscored us in three quarters of today’s match and yet you still managed to lose the game. Good effort.’

Sure, it wouldn’t have made Mr. Thompson the most popular man in footy but at least he would have been the most original.

But more than making the whole process extremely predictable it would seem that the regulation of media interaction in the sporting world has reduced such interaction to a series of clichés.

An example of this can be seen when an AFL player is asked to assess his team’s finals chances. Rather than answering the question honestly the player will almost certainly revert to one of the great sporting clichés – ‘we’re just taking it one week at a time’.

Similarly, after a match-winning performance a player might well be asked to comment on his or her contribution. Rather than taking the opportunity to provide an accurate account of proceedings, the modern sportsperson will often reply ‘it was a great team effort’.

If the same player was on the losing side he might well be asked to explain why it was that his team lost. In this situation it is unlikely that he would call the opposition a pack of cheats, even if he had wanted to. The preferred response seems to be something along the lines of ‘we had our chances but let them slip away.’

There seems to be a cliché for every situation in sport and it’s not just the players that are getting in on the action. Sports commentators also seem to revel in language that is saturated with repetition. Cricket commentators seem to be quite partial to the phrase ‘good line and length’, for example, while AFL commentators will often mention a courageous player’s ability to put his ‘body on the line’.

The final word today goes to The Australian’s Chip Le Grand and his brilliant piece about clichés, jargon and the AFL. Hopefully someday I can write like this but until then I’ll just keep giving it 110% and taking it one week at a time…

Matt de Neef is co-editor of upstart. This piece first appeared on his blog, A Cursory Glance. Matt will be in conversation with sport journalist and editor Ashley Browne at La Trobe’s Sports Journalism symposium on 8 April.

Which sporting clichés drive you crazy? Feel free to add yours to the list that we’re compiling.