I was one of those kids who loved books. I still remember following my dad up the steep staircase that lead to our favourite downtown bookstore. As the magnificent floor progressively came into view, I would marvel upon the sight of shelves and shelves of books. Different forms and colours stacked vertically and even horizontally. And the smell of books really was intoxicating.

I never lost my enthusiasm for books but with the digital age, I now visit Amazon instead, browsing through its recommendations and purchasing ebooks for my Kindle. I’m not the only one. By the end of this year, ebooks will account for a staggering 40 per cent of all publishing sales. Within the next five years, the publishing industry will make more money from ebooks than books as sales reach 60 per cent. Ebooks appear to be the evolution of physical books. To borrow from fashion terminology: ebooks are the new books.

Or are they? By virtue of their inherent electronic nature, ebooks have the potential to magnify, scatter and democratise the distribution of stories and ideas—knowledge—in a way that physical books simply cannot do. Plagued by DRM however, they have failed to fulfil their potential. 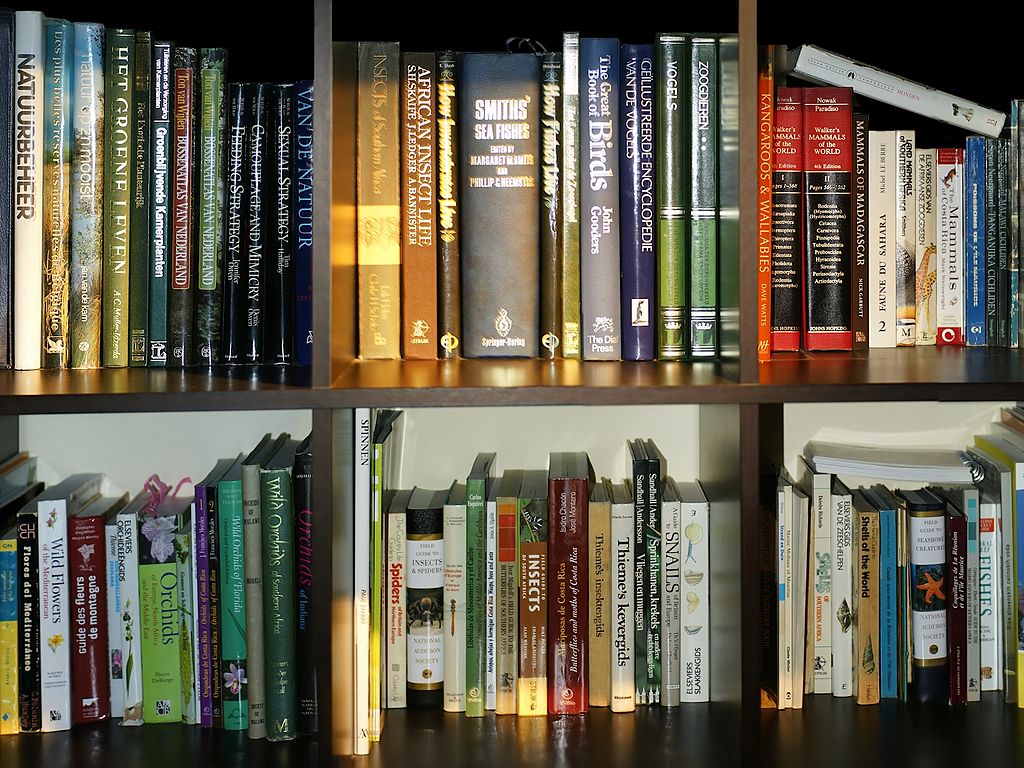 Ebooks could have been the new books (Photo: Hans Hillewaert)

DRM stifles an ebook’s potential for propagation. It works by encrypting the ebook file so that it can only be read by a device or software able to decode the DRM encryption. For instance, an ebook purchased from Amazon can only be read on a Kindle device or Kindle app registered to the purchaser’s account. Worse still, DRM can limit ebooks to one device only or in Amazon’s case, to one Amazon account only. This means that you cannot lend an ebook you bought from Amazon. You cannot transfer the ebook onto your brother’s Kindle. Nor can you transfer the ebook onto your friend’s Kindle. DRM has made lending taboo.

When the Big Six publishers (HarperCollins, Random House, Hachette, Simon & Schuster, Penguin and Macmillan) embraced the impending ebooks revolution, they insisted on DRM-ing ebooks. They touted DRM as a way to prevent piracy and protect authors’ incomes. By limiting lending options, the argument was that DRM would prevent illegal proliferation of ebooks online. But DRM simply does not deter thefts. It is as easy to strip an ebook of its DRM affliction as it is to rip music off a CD. The real reason behind DRM-ing ebooks was to prevent casual sharing, that is, sharing with close family and friends.

Last year, Mike Shatzkin, a widely-acknowledged thought leader on digital change in the book publishing industry, informally asked nine high-level executives from the top dozen publishing houses and four literary agents if they thought that preventing casual sharing was DRM’s main benefit. Only one did not think it was.

Preventing casual sharing was a tactic by the Big Six that completely disregarded the value and power of ebooks to propagate knowledge. Casual sharing forms part of the classic reading experience: if you enjoy a book, you lend it to someone else and, in the process, knowledge spreads. And preventing casual sharing also goes against the Big Six’s assertion that DRM-ing ebooks protects authors’ incomes. Non-bestselling authors, which constitutes the majority of the writers’ community, in fact benefit from casual sharing as it helps them to build a larger base of readers. This, in turn, may lead to increasing sales. To the Big Six though, casual sharing was seen as a threat to immediate revenue and DRM was their solution to blocking the practice with ebooks.

DRM has been on the receiving end of waves of criticism by customers ever since it was adopted by the music industry a decade ago. When the Big Six followed suit by adopting DRM for ebooks, they were not spared by customers. In recent months however, it has become increasingly clear that publishers are not entirely happy with DRM anymore. For instance, Tor Publishing, an imprint of Macmillan, announced last week plans to strip DRM from all of its ebooks. The cause of this change of heart, echoing well-known writer Charlie Stross, is Amazon’s increasing grasp on the publishing sector.

Amazon disrupted the publishing industry when it invested heavily in its Kindle platform, including ebooks. It is now a virtual monopoly, boosting an 85 per cent market share in the ebook sector in 2010. When the Big Six publishers insisted on DRM-ing their ebooks, Amazon saw the opportunity to strengthen its monopoly on customers by locking them into its platform. Thanks to DRM, Amazon makes its Kindle devices compatible only with ebooks sold by Amazon, for example. This means that Kindle owners are stuck with the Amazon platform. They cannot opt out because they cannot take their ebooks with them. A monopoly is not good news for customers because without competition, Amazon can do as it pleases.

With Amazon’s monopoly on locked in customers, the Big Six suddenly find themselves in a delicate position. If they want to reach their customers, they are forced to distribute their ebooks through Amazon. Amazon is very much aware of this and knows that it holds all the cards, as seen late last year when it launched its Lending Library program—which allows Amazon Prime subscribers to borrow one title a month for free — without even reaching agreements with a majority of them. In essence, thanks to the Big Six’s decision to DRM ebooks, Amazon strengthened its monopoly and its monopsony. It became the only bridge between customers and publishers. The Big Six, increasingly uncomfortable and powerless in their current position, now want out.

To reduce their dependency on the Amazon bridge, the Big Six envisaged a second bridge. They negotiated with Apple when the company opened iBookstore to back a second major bridge to reach their customers. As it stands though, the plan is not working, with the US Department of Justice filing a lawsuit against Apple and three of the Big Six for price-fixing. The remaining option available to the Big Six is now to break DRM. This avenue has been vocally advocated by O’Reilly Media, a well-respected media company which specialises in computer technology. And it appears that the Big Six are now starting to explore this avenue as illustrated by Tor Publishing’s decision.

By breaking DRM, the Big Six can democratise ebook retailing and allow various outlets to join the game of selling ebooks. Instead of envisaging a second ‘bridge’, they are now moving to facilitate numerous smaller ‘bridges’. Smaller retailers, who are no longer expected to invest tens of thousands of dollars in DRM technology (incredibly, publishers do not typically pay the cost of implementing DRM), will be able to start selling DRM-free ebooks. Meanwhile, customers who buy DRM-free ebooks, will be able to read them on their Kindle devices.

By breaking DRM, Amazon’s monopoly and monopsony will be compromised. Customers will no longer be locked into a platform by DRM and will detach themselves from Amazon, which will  lose leverage. It then follows that publishers will not be so reliant on Amazon, which, of course, is their very aim.

Like its initial adoption, the impending demise of DRM will not be due to the value and power of ebooks per se but rather due to the Big Six’s interests. But breaking DRM will finally allow ebooks to take the torch from books. Ebooks will really be able to magnify, scatter and democratise the distribution of stories and ideas like never before.

The only thing that will be missing from ebooks will be the smell of bookstores.