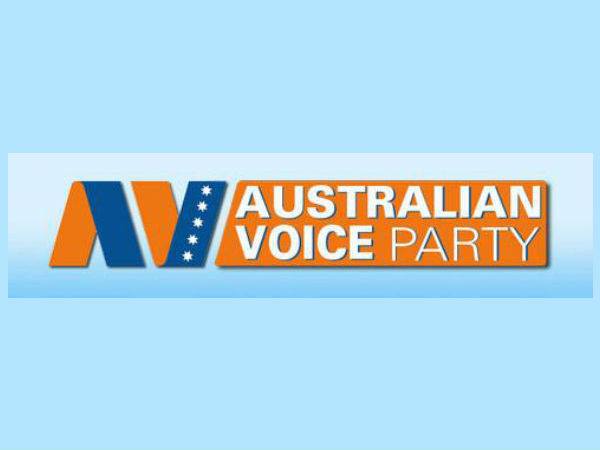 A record number of parties have registered ahead of this year’s election. Over the next few weeks, we’ll be digging into the newest entrants to political thunderdome. Next up, is the Australian Voice Party.

After thoroughly investigating one of the newest political parties to brace the ballot box, Australian Voice Party sadly does not represent opera singers or speech pathologist’s rights. Instead, the idea behind the name simply represents the voice of the community.

Created to address the many problems that have arisen under the dominant two party system, the Australian Voice Party refers to itself as a people movement, rather than a political party.

President Keith Douglas who had previously been involved with Katter’s Australia Party, says the AVP are going back to the fundamentals of democracy.

“We believe the whole system in Australia has been hijacked by the two major parties,” says Douglas.

“Those parties tend to have a bias towards unions and big business and the little guys have been left behind. “

Their philosophy is to engage the people they are helping, insisting they function differently from traditional parties because their candidates will support the majority view of their electorate.

“So in other words if we are representing university students, they know what they need better than anyone,” says Douglas.

“We want them to become involved, write policy and direct where things should go.”

Passionate about small business equality, stopping offshore processing and ensuring tertiary students are financially stable; the AVP says they will not get bugged down in moral conflict.

“We sweep away all of the religious and moral arguments people get snagged in, in Australia,” says Douglas.

“A lot of small parties are obsessed with these things, but we will respect the views of the electorate.”

Looking to improve the lives of normal Australians, Douglas says the biggest problem that Australians have had recently, is the government.

“There has been so much bad government over the years our cost of living has been pushed out, we have been over taxed by way of fees.

“The government are double dipping, we pay our taxes and the government charges us back on other fees to support this constantly gloating monster you can never throw enough money at.”

The aim of this policy is to give the average mortgage owner a helping hand.

“We want to give a break to the Mums and Dads of the country and those people who are paying their mortgages. We believe their financial progress can be hastened by being able to access a portion of their superannuation to reduce their home mortgage,” says Douglas.

“This allows them to pay their house of sooner and protect their superannuation from losses which a lot of people have suffered and it’s tax effective.”

Students should be able to support themselves financially while studying.

“We believe supporting some of Australia’s most creative minds and making sure the education system points towards outcomes,” says Douglas.

“We are particularly interested in ensuring people studying have the financial support so they’re not out working half a dozen jobs to make ends meet.

“People who are studying need the opportunity to study and not live on the breadline. We are in favour of bringing in more scholarships to recognise the best and brightest so they can completely dedicate themselves to what they are doing and not worry about where their next meal is coming from.”

“We’ve got the resources of the world, yet some of the highest energy costs. Again that’s a fault of government, selling things off and corporatising it so you then have groups hell bent on satisfying their share holders,” says Douglas.

“There’s a stack of renewable energies and bio energy solutions, none of that has been properly embraced. There are great opportunities for sustainability in time it just needs government support.”

Despite their inexperience Douglas is extremely confident in achieving success at this election and in the future, as his party acts as a watchdog to the government who has been “asleep at the wheel”.

“We are very determined to make sure this country goes back to where it used to be, by avoiding the current trends of smaller businesses getting smaller, big businesses getting bigger and monopolies growing unchecked by regulators.”

“While we might be the newest party we are certainly going to become the most visible political force in Australia because we are the only party that is going to out and help these people and bring all communities behind us to get the change.”

The Australian Voice Party are fielding candidates in Victoria, Queensland, NSW and Western Australia, visit their website for further information.