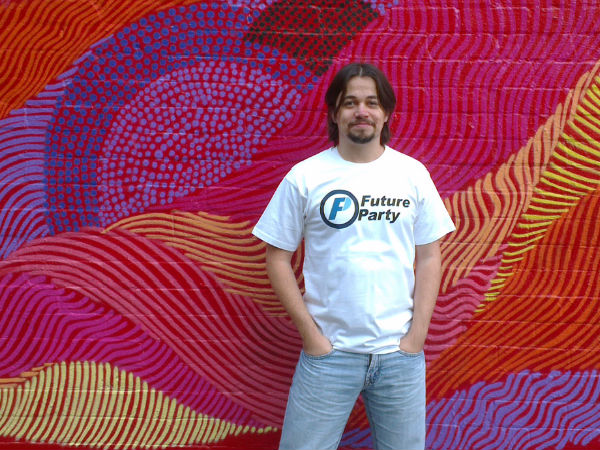 A record number of parties have registered ahead of this year’s election. Over the next few weeks, we’ll be digging into the newest entrants to political thunderdome. Next up, is the Future Party.

Disappointingly its campaign doesn’t involve time travel or hover-boards; instead the Future Party’s goal is to achieve long-term policies.

With a focus to make Australia a technologically superior country, the party is campaigning in support of more funding for science, research and education.

As a self-proclaimed technophile, James Jansson Future Party Leader believes that we need to be investing in technology a lot more than we currently are.

“We started this party because a lot of us believe the main drive behind progress in society is being ignored in these sorts of elections.

“Technology is making jobs easier, safer and more productive. Almost all the quality of life increases have come through technology, including the improvement of life expectancy due to medical advancement.”

With their key objectives concentrating on the philosophy of utilitarianism, the Future Party aims to increase happiness and decrease suffering. However, unlike The Movementarians they are also cornucopian.

“We believe technology can help solve some of the resource constraints we see in the world,” says Jansson.

“We can pull people out of poverty and help those who are not poverty-stricken by improving their quality of life in a sustainable way with the use of technology.”

The FP disagree with Labors decision to enact the Gonski reforms with cuts to the higher education sector.

“We think that’s just shuffling the deck chair on the titanic. We should be investing in both,” says Jansson.

The FP have plans to build a new city between Canberra and Sydney to address the notion of an overflowing Australia.

“The idea behind this is you start a new city from scratch, put a university there to attract students and researches and build up the necessary infrastructure such as residencies and roads,” says Jansson.

“Everyone’s talking about ‘We’re full’. We’re not really full we just haven’t built the infrastructure to accommodate for it.”

Amend the tax and welfare system

The Future Party have plans to reduce waste, complexity, confusion and unfairness in the welfare and taxation systems.

“We think the tax system should be changed so that people who receive welfare shouldn’t be taxed as well,” say Jansson.

To view the rest of the Future Party’s 16 policies visit their website.

With several of their candidates under the age of 25 and 56 per cent of their membership under 30, Jansson says young people will greatly benefit from their policies.

“We are quite youth oriented and I think that comes from being such forward thinking. Young people would have a lot more to gain from long term plans than people who are nearing their retirement.”