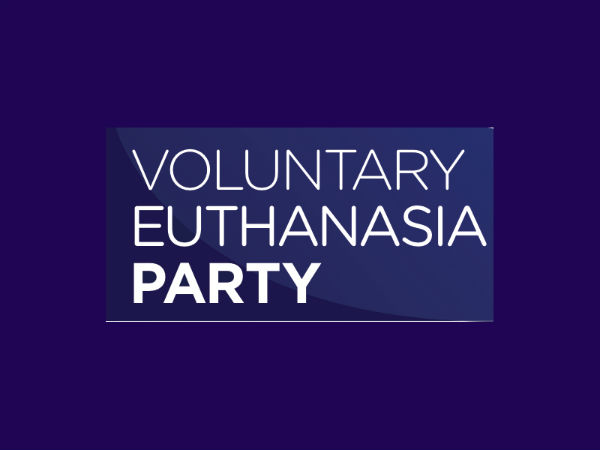 A record number of parties have registered ahead of this year’s election. Over the next few weeks, we’ll be digging into the newest entrants to political thunderdome. Next up, is the Voluntary Euthanasia Party.

Created in support of medical procedures that assist the death of patients deemed terminally ill or incurable, the VEP are campaigning for voluntary euthanasia procedures with legal safeguards.

“The VEP was formed to provide the choice and dignity that the current legislation is denying the most vulnerable Australians.”

With three terminally ill candidates standing for election, co-founder of the controversial party, Dr Philip Nitschke also known as Dr. Death, says discussing a dignified death should be an issue during this election campaign.

“The party aims to raise the profile of the issue of voluntary euthanasia by providing an ‘above the line’ voting option, essentially allowing this issue to be polled,” says Nitschke.

With 85 per cent of the country supporting voluntary euthanasia, the VEP are determined to allow this to be demonstrated in the ballot box.

Not only does this campaign advocate for people to die with dignity, but as Dr. Nitschke says in The Age, it could prove to be a useful cost-cutting mechanism at a time when budget black holes and deficits are imminent.

“While no one in the Voluntary Euthanasia Party is an economist, and no one is saying we should put people down against their will, we are suggesting it is a worthwhile debate to have – especially if hundreds of thousands, if not millions, of dollars in the health budget could be saved or redirected,” says Nitschke.

Repealing the illegality of litigation on voluntary euthanasia

The introduction of federal legislation that repeals the prohibition on Territories to make legislation on Voluntary Euthanasia.

The investigation of federal options for a national introduction of legislation allowing end of life choice in controlled circumstances.

Give power to state Parliaments to introduce legislation

The support of initiatives within state parliaments of Australia to introduce responsible voluntary euthanasia legislation.

With their primary objective to amend legislation to ensure dignity in the final years of life, the VEP advocate death is a significant issue that needs to be discussed locally and federally.

“For those in favour of voluntary euthanasia it is about retaining control or even taking back control of one’s life at the end of it.”

“We believe that these patients deserve the right to make informed choices about the time and manner of their death through appropriate and humane medical assistance.”

For further details on the Voluntary Euthanasia Party, visit their website.