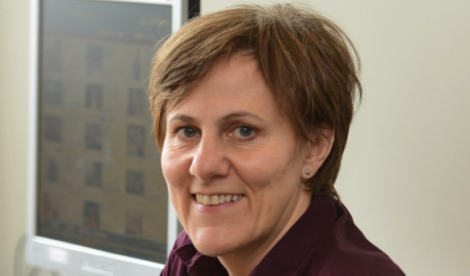 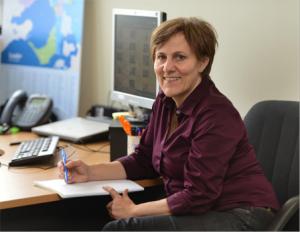 Paula Maud is living proof that it’s never too late to follow your ambitions. Over the years she has worked in in all kinds of jobs, from tram conducting to catering and media monitoring. She’s completed a Bachelor of Arts, Graduate Diploma in Education, and post-graduate qualifications teaching English as a second language. So it took some for her to realise that journalism was her calling. But when she did, she committed and applied for a post-graduate journalism degree.

‘I got to a crunch point in my 40s where I was thinking I’d better start doing what I wanted to do rather than those “have to do” jobs,’ she said.

What does the job of a Senior Reporter involve on a daily basis?

It varies from day to day. The role is still not completely determined, and varies from paper to paper. The chief things that we’re tasked with include uploading new stories daily, as well as directing our online team in uploading the previous paper over the week. We write general stories that can be published under the various Leader mastheads, but I prefer to stick to local stories. I take calls from PR firms and sort the wheat from the chaff, and allocate stories to reporters. We also book photos and write columns and articles, as well as keep track of email inboxes. We also collaborate with the editor and proof read material.

You mentioned dealing with PR firms. How do you decide whether a story is worth covering, or whether it’s too local or specific to warrant coverage?

Sometimes if it is about a local person there is something that you can recognise is going to be interesting to the reader. With PR firms it depends on how they present their story. Obviously some firms are better than others at making a story attractive to you. But if we can get a local person and a good image then we’re more likely to run with that story. If it’s something that we think is important in the community or there’s an issue that we can raise awareness about, then that helps.

How much time do you typically spend gathering information on a story compared to writing it?

If it’s a simple story then sometimes you might just have to validate what you’ve been told as correct, which might involve making phone calls or checking websites of organisations relevant to the story. If it’s a story on government policy you might have to spend quite a bit of time looking at Bureau of Statistics information to try and determine how serious an issue is, or you might call other contacts for further information. Writing then often becomes the easy part.

Do you think that Leader newspapers are able to gain access to stories other media can’t, or is it more a case that bigger publications aren’t looking to cover local stories?

Because of our contacts in the local community we do get a lot of stories that the daily media don’t pick up. It’s partly because they’re probably not interested, but then they do pick up a lot of our stories, so if a story is interesting you’ll get people from other media calling up about it. If a story is in the daily media we may be able to find a local angle on it, or find other details on it with use of people in the local community.  At the same time, I’m surprised sometimes at the number of good local stories that daily media do cover, so it’s good to see that they’re keeping an ear to the ground.

Print media in many areas is going through a transitional phase to online content. Do you think that the community focus of Leader papers will help them to survive in physical format, or do you think a transition to an online format is more likely?

Good question. We’re definitely increasing our online presence, but I don’t imagine they’ll ever take the place of the paper. We’re lead to believe that our advertising is strong, in that local people like to advertise in local papers, so that protects our economic integrity. If people can read a daily online, I suppose they can read a local paper online. But as a local paper you’re catering for a broad number of people, who don’t necessarily have access to the internet.

What advice would you give to emerging hopeful journalists?

I suppose knowing that journalism is never going to be a particularly lucrative job. I guess that’s more of a warning (laughs). I think my main advice would have to be trying to work on stress management and keeping a cool head. Everyone learns differently and I think a big part of people’s development in journalism is just who they are as a person, so it’s important to find your own approach.

Tim Viney is a Master of Global Communications student at La Trobe University.