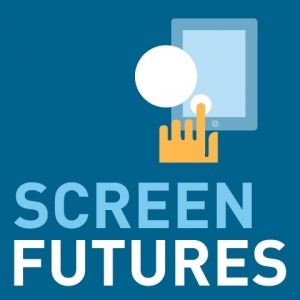 It’s been billed as the first Australian event to explore the evolution of media industries in an increasingly online environment. For four days from this Saturday 9 July, Melbourne will host the Screen Futures summit, which brings together media experts from both the education and industry sectors.

Together, they will explore how key players in the fields of publishing, film, television and game production are moving to online to maintain, capture and regain markets, as well as how educators are dealing with these changes.

The program includes more than 150 sessions featuring local and international speakers from the media, education and creative industries. La Trobe University, which is a sponsor of the summit, will be represented by Steinar Ellingsen (Monday, 11 July, 11 AM), who will screen and discuss two episodes from his online documentary series The Inland Sea, and Lawrie Zion, whose is presenting a paper on how upstart (yes, us) built its audience from scratch using social media (Sunday, 10 July, 9:30 AM).

La Trobe is also bringing two international guests to the summit: Alfred Hermida, who heads the integrated journalism program at the Universityof British Columbia’s Graduate School of Journalism, and Rachel Nixon, who is Director of Digital Media for CBC News, based in Toronto.

Nixon will particpate in a panel session on Sunday at 4:30 alongside Jonathan Green, who is editor of the ABC site The Drum, entitled  ‘When Public Broadcasters go digital: Canada and Australia compared’.

Hermida will appear in two sessions: the first, entitled ‘The promise and practice of particiaptory journalism’ (Sunday, 2pm) will draw on research conducted for the recently published book he has co-authored: Participatory Journalism: Guarding Open Gates at Online Newspapers. Both Hermida and Nixon will be also take part in a panel discussion ‘How to survive and thrive at a time of changing news consumption habits’ (Tuesday 12 July, 11 AM), where they’ll be joined by former Australian Financial Review editor Michael Gill and John Bergin, who is the Digital News Director at Sky News Australia,

Students considering careers in new media can also attend the Screen Futures Youth Fest at Federation Square on 11 July. This all-day event is aimed at students aged sixteen to 20 who are seeking information about future directions in the media industries.

Screen Futures will be held in Melbourne from 9-12 July 2011 across three venues – ACMI, Melbourne Town Hall and RMIT University. For bookings and more information, click here.