Last year, hundreds of customers camped outside Apple stores across Australia eagerly anticipating the release of the iPhone 4S. 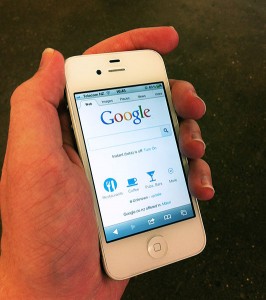 Three days after the release, Apple had sold approximately four million devices and it seemed no phone could topple its popularity.

That is, until Samsung re-entered the market. The Samsung Galaxy S3 sold more than 20 million devices within the first three months of its release and soon overtook the iPhone as the most popular smartphone in Australia.

This year, Apple may reclaim its title with the new iPhone 5. Analysts predict that 10 million iPhone 5s could be sold within the first few weeks of its release on September 21.

Samsung and iPhone smartphones are clearly in high demand. But are there similar, if not better, devices available?

There does seem to be a variety of smartphones available, ranging from companies such as: Nokia, Motorola, HTC, Blackberry and LG.

But what are the benefits, if any, of choosing a less popular smartphone?

When compared to Galaxy or iPhone devices, the HTC Sensation XE smartphone contains a number of features that the iPhone lacks, including a larger screen, higher processing power and an FM radio and flash support.

The Motorola Droid 3 also contains some features superior to the iPhone 4S such as faster web browsing and a physical keyboard rather than a touch pad.

Future models too may be more advanced than both the Galaxy S3 and the unreleased iPhone 5.

Analysts predict that the new Motorola Droid Razr Maxx HD will have a stronger battery life than both the new iPhone 5 and Samsung Galaxy S3, with 21 hours of talk time.

The LG Intuition is another that is yet to be released. The LG Intuition has a distinctive five-inch screen with a 4:3 aspect ratio. This allows for a wider and easier reading of e-books and web pages, contrary to the iPhone and Samsung Galaxy’s 16:9 displays.

So why are we overlooking equally functioning if not better smartphones?

‘Having the latest iPhone or Samsung Galaxy seems to be a trend as consumers rush to get the latest models days before their release,’ he says.

Nardus believes that the iPhone and Galaxy phones are similar to other smartphones.

‘It’s interesting that both Samsung and Apple appear to be borrowing heavily from each other and their competitors in terms of user interface and features,’ he says.

He’s also surprised by the popularity of Apple/Samsung smartphones, despite many technical faults seen in older models.

‘I’m astonished that both the Galaxy and iPhone remain so popular after the high number of problems consumers had with them in the past.’

Both the iPhone 4S and Samsung Galaxy 3 experienced a number of technical issues upon their release, with consumers complaining of poor battery life and issues with internet connectivity.

Yet the biggest problem occurred in 2010, when consumers around the world experienced an antenna malfunction with the new iPhone 4. This caused a great deal of uproar in the US and UK, causing Apple to compensate its customers with a $15 voucher.

But in spite of these issues both Samsung and Apple remain the leading smartphone retailers. What remains to be seen is whether or not the Galaxy or iPhone will maintain their popular status in the future.