Apple has ditched its YouTube app on its latest update for Iphone and Ipad. Dan Toomey looks at the digital battlelines being mapped out by Apple and Google.

Is anyone else wondering why YouTube mysteriously disappeared from iPhone and iPad at the last software update?

Not many, by the looks of things. Reviews of the upgrade tend to look at other features of the phone, particularly Apple Maps, which has copped a lot of flack.

Many users seem unperturbed by the disappearance of YouTube from Apple’s leading mobile devices. At first glance this is an oversight, but how can an entity such as YouTube just vanish from the face of America’s biggest mobile interface?

YouTube mobile gets more than 600 million views a day. Given that mobile views have tripled since 2011, it seems strange that Apple would cut out this feature growing rapidly in usage. There are more people watching more YouTube footage on their mobile phones than ever and Apple does not have a video platform.

YouTube is owned by Google. They bought the platform for a lazy $1.6 billion in 2006. Currently YouTube is managing to glean income from more than one billion views per week on its platform. 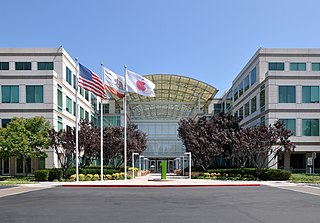 Apple’s iPhone was launched in 2007 and came with the YouTube app built in. It was, however, Apple that developed the app. The relationship was quid pro quo; Apple built the app and offered access to mobile users. While Apple gave its customers access to YouTube, it didn’t offer all the features of the site that YouTube offered.

At 600 million views a day, Apple has a large share of the market. That’s a lot of traffic that Apple is freely sending in Google’s direction.

Apple’s YouTube app is devoid of advertising, except for inside videos, and a lot of music video content is unavailable. Apple is of course keen to sell music through iTunes, rather than allow users to listen via YouTube for free.

So the average 15 minutes a day spent on YouTube by its users will no longer be aided by Apple. This seems fairly petty as many analysts suggest that there will be little damage to YouTube as a result; currently its own iPhone app is the number one app in iTunes app store. So if it’s not about eyeballs on screens, what is it about?

This is part of a larger move by both companies to become disentangled. Steve Jobs said he’d ‘go thermonuclear’ on Google if it tried to position its Android against the iPhone.

‘They’re now competing against each other with phones, with maps, with content, with search. They’re going head-to-head.’

The biggest swipe that Apple has taken at Google is to ditch Google maps from the IOS system.

Google had a huge hold on Apple users. Google was the top map app on mobile devices, reaching 91.2 percent of iPhone users in June this year.

In the past, the relationship between Apple and Google Maps was a win for both companies; Apple built a mapping app using Google data and offered unprecedented mobile distribution via iPhone.

Google entered the smartphone market with Android in late 2008. Apple feared that Google would hold its best mapping technology for itself. Immediately, Apple bought Placeware, then Poly9 in 2010 and C3 in 2011, all 3d mapping technologies. The idea seemed to be to take on the street view feature offered in Google maps.

After announcing that Google maps was to be dropped in May, Apple’s maps debuted on the latest 10.6 operating system this week.

The Apple mapping app has been slammed by users. Apple is assuring users that the app will get better the more people use it. You can see some of the disastrous results here.

Despite the teething problems, Apple has effectively brought another horse into the mapping race. Developers using mapping technology are no longer forced to work with Google. The move has effectively cut Google from vast numbers of mobile users, at least in the short term.

The real results of this separation may take time to appear. In the short term though, Google’s value has risen to the 5th most valuable US company, its value rocketing in recent months. Apple is still the horse to catch at a value of $631 billion.

So Apple seems to have cut off its nose to spite its face, having no video platform and giving Google a free shot at the YouTube app it always wanted.

It has hurt Google in the maps race by creating the race, but suffered a backlash as a result. At the end of the day, the sand being kicked in the sandbox is consumer dollars.

Do users really care about what they have access to, or will they just hit the ‘accept’ button and decline to question why?

Dan Toomey is Master of Global Communications student and a staff writer for upstart. You can follow him on Twitter: @dan_tooms