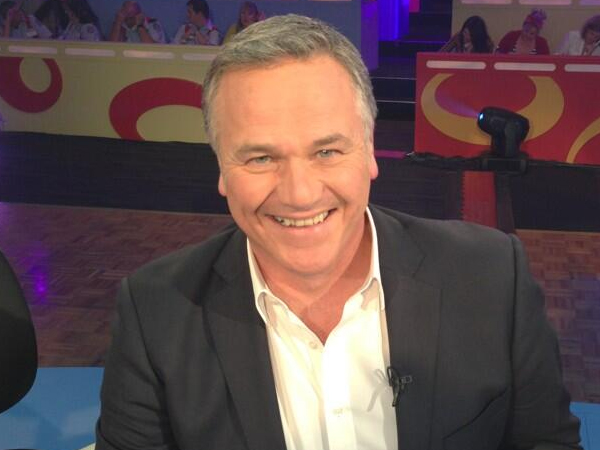 In 1987, then Channel Nine newsreader, Peter Mitchell, would never have guessed that in 26 years time he’d be the face of his own network’s biggest rival.

Thirty-six years in the industry later, Mitchell reminisces on having no idea what he wanted to do while in year 12.

With a gentle push in the journalism direction, his parents encouraged him to investigate a career that would fulfill his love of writing.

“While waiting for my year 12 results, I applied everywhere and got two letters back,” he says. “One was from the Herald Sun and one was from Channel Nine saying ‘come in for an interview’.”

Halfway through his interview, the interviewer asked to see the footy book that Mitchell had created throughout year 12.

“I was sort of embarrassed about it,” he says, “but he was really interested and at the end I got a two week trial.”

“I knew that I had two weeks to try and impress them,” he says. “I had to come across as really enthusiastic which wasn’t a natural thing for me to do, I was and still am quite shy.”

During his cadetship, Mitchell says that his job was to learn the whole business, including general news, court reporting, police rounds, sport and so on.

“As a cadet I went out on the road with reporters, did a couple of dummy scripts and just asked a lot of questions.”

After moving to the sports department, Mitchell got his first reporting role in the studio.

“I was doing both presenting and reporting,” he says, “and that’s when Channel Seven called and said ‘we’ve got an opening for a weekend news reporter, are you interested?’, and that’s when I changed from Nine to Seven.”

Mitchell says that the stories he likes to see the most are of Australian sports stars doing well overseas, like Adam Scott winning the US Masters in 2013. He says that he’ll never forgot stories like Black Saturday and Ash Wednesday “because of the magnitude of it”.

Mitchell was the first Australian news reporter to report the death of Princess Diana.

“It was only because we had our act together,” he says, “the news had just broken and I jumped straight in front of the camera, I just felt the hairs on the back of my neck stand up.”

When asked what an average day in the newsroom is like, Mitchell laughs, saying that “it’s the most often asked question I get because people just think I work for half an hour a day, I come in before 6 o’clock, do the news and go home”.

“As much as I’d love to do that,” he says, “an average day starts around lunch time.”

Mitchell says that his day is filled with getting ready, meeting with the producers and working out the rundown, doing television and radio updates and recording voiceovers.

“From about 3 o’clock onwards, it’s just one after the other, you don’t stop.”

“Thankfully I haven’t made many major on air mistakes,” he says.  “I’ve mispronounced words from time to time, but I mainly have issues losing it because of Sandy Roberts, the sport newsreader, who sits next to me and tries to make funny noises while I’m on air.”

Mitchell says that funnily enough, none of his five children are interested in becoming journalists. “I thought maybe some of them would actually be really well suited to be reporters, with their sticky noses,” he says while looking over at the school photos on his desk.

There is a 20-year age gap between Mitchell, and wife Philippa’s eldest and youngest child. “People assume I was twice married,” he says, “but we just did a really unusual thing, having two kids really early and then a big gap.”

Mitchell says that he knows that a lot of television stars like to have their kids part of their publicity team, but he likes to keep his family private.

“I have generally knocked back all requests for them to be used in pictures,” he says. “I’ve done it a couple of times but only because there has been pressure from Seven to get me to open up a bit more,” he says while pointing to a framed newspaper article of him and his kids on his wall.

Mitchell says that every time his kids have been used in pictures, something has happened at school.

“People at their school would say ‘oh just because you got your picture published in the paper, you think you’re pretty cool’.”

Mitchell says that he went through similar experiences when he was a kid because his father was also a public figure, the Mayor of Frankston for 18 months.

“Kids at school used to say to me, ‘you think you’re so great just because your dad is boss of the world’.”

He says that his parents were always busy at different events so he tries to spend as much time as possible with his kids. “When they’ve got Saturday sport, it means we’ve got Saturday afternoons together and Sundays, and that’s great, it works out really well.”

Other than spending time with family, Mitchell lists gardening, cooking and reading as his hobbies. He is also a passionate footy and Collingwood fan, with his footy tips from the previous season still spread out on his desk.

Even though he doesn’t do frequent reporting, Mitchell still loves to write.

“When I first came to Seven as a newsreader, I took it upon myself to write a biography on golfing star, Peter Thompson,” he says. “I also did a column for the Sunday Herald Sun for two years interviewing people on the golf course and still do a bi-weekly column for the Leader Newspaper.”

“It’s a lot harder on the road, I remember the days well,” he says. “When you reach my stage, you enjoy sitting back and just reading, observing and throwing out to people.”

“The journalism industry is super competitive now, there’s no guarantee that a journalism student that completes the degree will get a job,” Mitchell says.

“I’ve had kids ask for advice over the years, and I’ve told them all the same three words, if you want to become a journalist, never give up.”

Joely Mitchell is a first-year Bachelor of Journalism student at La Trobe University. You can follow her on Twitter: @joelymithcell