Do you have a smartphone? I must admit that I am yet to make the transition (gasp!) but fear it won’t be much longer.

In an increasingly online world, having a smartphone seems, well, smart. We are now able to bank, shop, work, connect with our friends and universities and do other countless activities on the go, whenever and wherever. 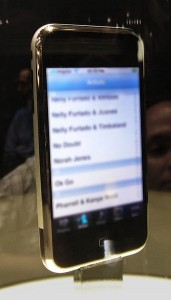 It is becoming a fixture for future generations and it seems that I am one of the minority that has not yet adhered to the global trend. Smartphones, it appears, is an inescapable part of our new reality, or as Agent Smith on the Matrix says: ‘You hear that Mr Anderson? That is the sound of inevitability.’

I think back to my high-school years when more and more people began buying those chunky multi-coloured mobile phones that basically just allowed a user to text message, call or play snake.

I look at the mobile phones we have now that almost contain our entire lives. No longer is it just a device to call or even text, we can use it for a plethora of communication methods including email, social media and blogging. As such, smart phones have enabled a re-invention of communication.

With this in mind, it starts to become concerning when you think of the negative effects of our developing addiction and reliance on smartphone technology. Addiction is the word. There have been studies that have found people can suffer from anxiety when separated from their mobile phone and nearly 60 per cent of those surveyed said they check their mobile phone at least every hour.

So are smartphones comparable to a drug?

Increasingly, I see people with faces glued to their phones: texting, tweeting, blogging, posting and playing games. Even in social settings people are communicating more online than to the people they’re are physically with.

Are we that obsessed with what’s happening in the online world that we no longer remember we are in the real one? You know, with real-life friends and real entertainment?

In response to the number of people ‘just checking’ their phones while out at the pub, one of my friends instigated the rule that everyone must put their phones in the centre of the table and the first to break and pick up their phone has to buy a round of drinks. Sadly, it usually doesn’t take long.

A new trend has also been created, called Distracted Walking, used for those people who become so preoccupied with what’s on their phone or electronic devices that they don’t watch where they are going when walking. I’m sure many of us have had walking mishaps (even me with my technological, prehistoric mobile phone!)

This growing trend, however, is not as funny as it first appears as people run the risk of being severely embarrassed or injured. Many of us have seen the clips on YouTube of a woman texting and falling into a fountain, or a man almost running into a bear. This trend has been the cause of injury in over 1,150 people in in the USA last year.

This is not to say that I do not like smartphones. I think they have done and will do amazing things in communication, but next time you’re with your friends or family, put away your phone and enjoy an old fashioned face to face conversation with someone that’s in the same room as you or it’s your turn to buy the next round.