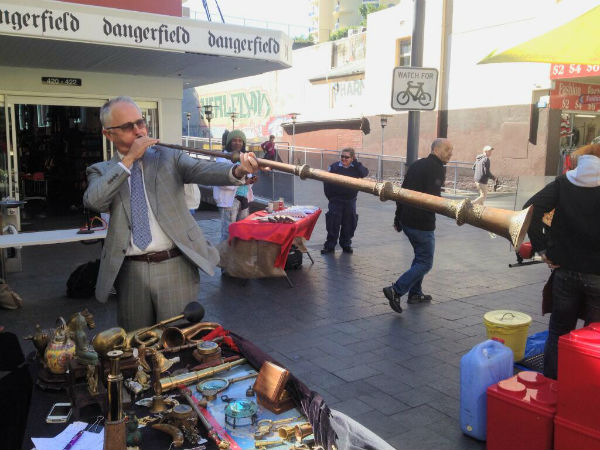 The former speaker, Peter Slipper, announced he’ll be re-contesting his seat of Fisher. The controversial figure is up against Mal Brough, whose name has been at the centre of the scandal surrounding him and his former staffer, James Ashby.

Or a “must look” for today, and that’s this great photo essay by Fairfax photographers, from various aspects from the election campaign so far.

On the question of costings, the Shadow Treasurer, Joe Hockey, had this to say:

“If the whole election’s going to be about costings rather than about policies like we’re announcing today, then I think everyone is going to bore the Australian people to death and we don’t want to do that.”

Mr Hockey assumes of course, that we’re not already bored to death.

Considering the manner media packs and opposing pollies have pounced on any gift gaffe so far in the campaign, it’s admirable to see someone embrace the chance to look a little silly.

Malcolm Turnbull did exactly that on Thursday, trying his hand at the Tibetan trumpet at Bondi Junction Mall.

Judging from the Member for Wentworth’s 140-character remarks he didn’t quite hit the highest of notes on the trumpet, and those opposed to the Member will surely see this as just the latest in a long line of chances he’s taken to toot his own horn.

Yet, regardless of personal opinion, this was yet another example of the relatability that remains one of his greatest strengths.

Whether he is able to tune the public into accepting his alternate broadband plan looms as one of the crucial policy points of the final few campaign week.

In a sentence seemingly never type-able in our election campaign, our Slip of the Day comes from Katy Perry.

In an interview with Tony Abbott, Perry gave it to the Opposition Leader with both barrels, after he committed arguable his biggest election gaffe by asking Perry to return to Australia for another tour.

“I love you as a human being but I can’t give you my vote,” Perry responded.

This assessment came after she was informed of the Liberal leader’s views on gay marriage.

Perry’s remarks don’t warrant Slip of the Day, but rather the fact the California Gurl hit Abbott with arguably the most direct line of questioning over his controversial remarks.

Wrap by Liam Quinn and Erdem Koç. Follow them and send them tips on Twitter – @Quinn_LP and@erdemkoc.