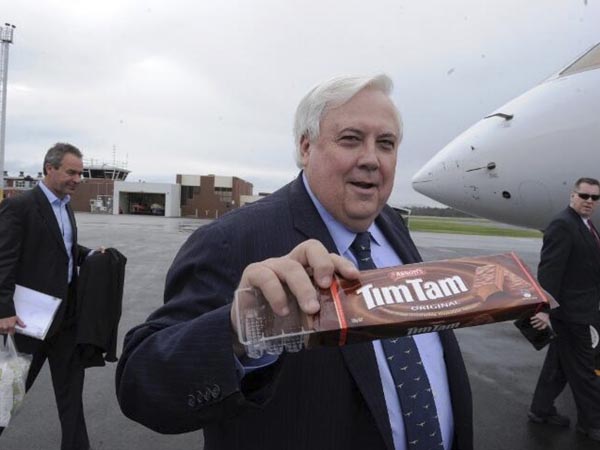 Remember when Tony Abbott had said the next election would be a referendum on the carbon tax?

And remember how we all thought that was dead when Kevin Rudd killed the carbon tax? Well, apparently not. In a speech in Canberra on Day 29, Mr Abbott said Saturday would be that exact referendum.

Putting some finishing touches on my speech and about to head to the National Press Club to deliver it #ausvotes pic.twitter.com/IP5i1WSglj

There are two “must watch” items today – and they’re from both leaders!

Mr Rudd was campaigning in Queensland, and when visiting a high school, he saluted his comrades.

“Solidarity for all nerds.”

A light-hearted tweet from the man who really wants to be prime minister.

We understand the leaders must be really tired by this point, but luckily, the end is near, and if the polls are right, then we’ll have an incoming Howard gover – sorry, Abbott government.

Wrap by Liam Quinn and Erdem Koç. Follow them and send them tips on Twitter – @Quinn_LP and @erdemkoc