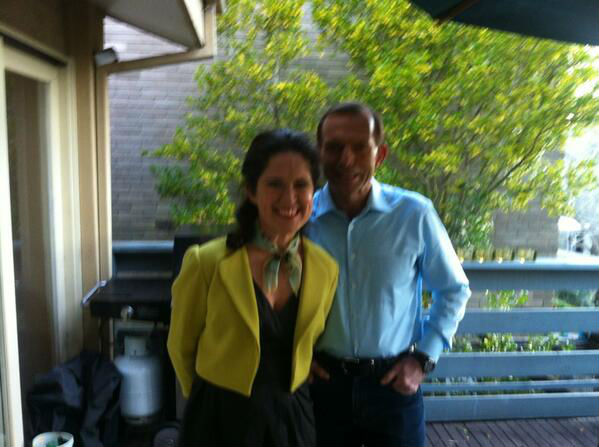 Day 31 was marred by a massive slip and a kitchen cook-off, rather than any policy as such – see below.

Thanks @annabelcrabb. Enjoyed being part of #kitchencabinet. Dessert was far better than my attempt at main course! pic.twitter.com/DE3hXNtG8o

Think we’ve seen all the dirty campaigning possible so far this campaign?

Well, according to this piece in The Conversation, the worst might be yet to come.

Apparently the Big Brother housemates get their own direct “vote for me” pitches from the leaders, which included this line: “If you want to know who to vote for, I’m the guy with the not bad-looking daughters …”

Those ABC gals stick together it seems.

After Annabel Crabb’s much-hyped kitchen tell-all with Tony Abbott aired, Leigh Sales took to Twitter to spew praise forth into the cyber-ether.

All jokes aside, it was a fascinating interview. Although, learning that Abbott likes his steak rare was hardly a surprise.

There’s always a pamphlet in an election campaign that seems to cause controversy – anyone remember the Lindsay leaflet scandal in ’07?

An anti-same-sex marriage pamphlet featuring a child who says “I need a mum and a dad” has been distributed in the seat of Indi, held by Liberal frontbencher Sophie Mirabella since 2001.