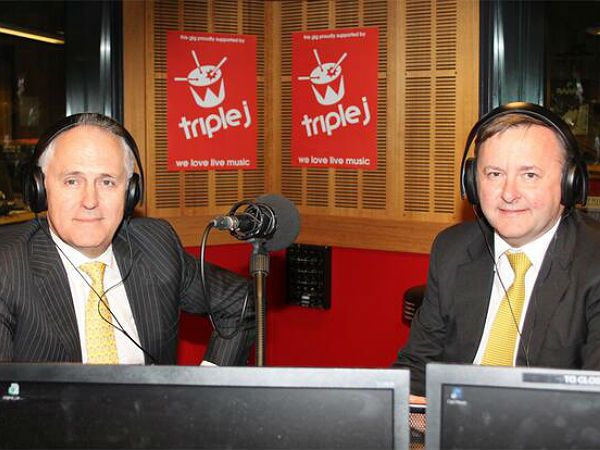 Tony Abbott looks set for a comfortable win on Saturday, with the final Essential Poll showing a two-party preferred result as 52-48% to the Coalition.

Melbourne barrister Rachel Doyle wrote this brilliant piece in The Age as to why she’s left the Labor Party.

Kevin Rudd summed up what all of us have been thinking about the election campaign, in his address to the National Press Club.

Mr Rudd quoted from William Shakespeare, saying the campaign has been “full of sound and fury, signifying nothing”.

After spending much of the second half of the campaign being most notable for appearing to be Tony Abbott’s personal Dorothy the Sheep, Wyatt Roy makes his first Trail Wrap appearance with his tweet on day 32.

We agree with Wyatt; although we don’t think he went quite far enough. After seeing Clive on the morning TV circuit busting a tune this week, singing should’ve been added to the list.

Forget that Mr Murdoch is, according to Mr Palmer, a “foreigner who tries to dictate what we do” his estranged wide Wendi Deng is no angel either.

“She’s been spying on Rupert for years, giving money back to Chinese intelligence… she was trained in southern China,” said Mr Palmer.

“Wendi Deng is a Chinese spy and that’s why Rupert got rid of her.”