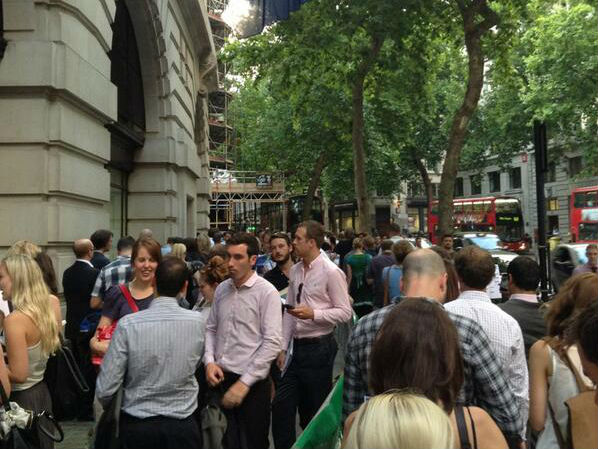 Finally, we’ve made it  The campaign is over; polling day is upon us.

Excuse the sound of champagne corks popping in the background as we trawl Twitter for our Tweet of the Day, or chuckle through Will Ferrell’s foray into the campaign. And, spare a thought for our Aussie expats in London stuck in the mammoth line waiting to cast their vote.

The subject of the media picking sides this election (more on that later) has dominated much of the campaign discussion.

After weeks of News Limited hatchet jobs against Kevin Rudd, it seemed almost every paper in the country was either against the PM, or accepting of his pending defeat.

Well, The Age went into bat for the PM today, advocating a Labor win on Saturday.

The paper justified the decision by saying “that policy, not personality is the core of our democracy”, before going on to describe how Labor has the policy advantage.

It may prove to be a case of too little, too late, however.

“Aussies should support our hometown heroes, that’s what I think in his own way Rupert Murdoch is.”

Tony Abbott made the above statement on Triple M this morning, certainly to the chagrin of those who’ve railed against the attack campaign Murdoch’s tabloids have carried out against Prime Minister Kevin Rudd.

What’s the old saying about salt and wounds?

An early start hitting the airwaves this morning outlining our plans for a stronger Australia #ausvotes pic.twitter.com/tCfvgcPjeh

Tony Abbott was up and on the airwaves early this morning, around about 7:30am if he Twitter time-code is to be believed.

Which begs on question: does Mr Abbott sleep in his blue-tie inclusive suit. Roll out of bed, ready for a day on the campaign trail.

Here at the Trail Wrap, we’re more accustomed to waking up around 7:30 and scrubbing the red wine line off the bottom of our upper lip, a sign of too much vino enjoyed the previous evening.

If being in a suit at the crack of dawn is a prime ministerial prerequisite, well, I guess that rules us out.

“The reference to an opt-out internet filter did come as a surprise to me.

It was published as a policy by the campaign headquarters, and I did my best to explain it, but it was clearly a mistake.”

It must’ve been a rough night for Malcolm, judging from the sort of profanity laced abuse directed his way on Twitter after the policy was initially announced.

If we were on the receiving end of a similar barrage, perhaps censorship would seem a viable option…