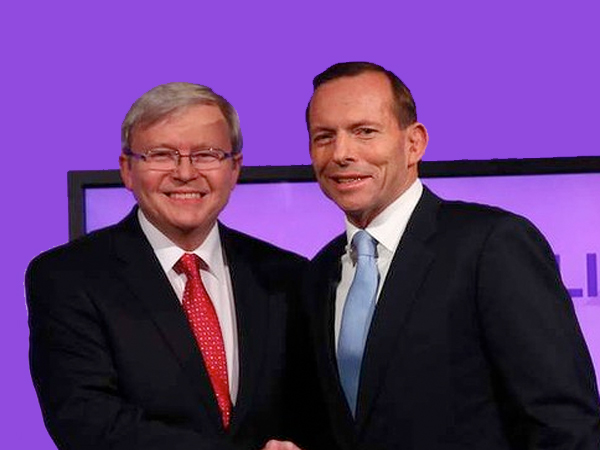 We live-blogged the debate last night though nothing really emerged from it, except of course the big Labor announcement.

Our “Must Read” today is targeted at our broad international reader-base, some of whom face the prospect of being “locked out” this election.

The Age reported, “More than half-a-million overseas Australian citizens will not vote in September’s election having been taken off the rolls by the country’s electoral laws.”

The news sent Labor staffers into a spin, with the party believing a large proportion of those facing expulsion are would-be ALP voters – you know, youthful travelling types.

Today’s quote goes to a non-pollie, though someone well-connected to them.  On the ABC’s Insiders program, The Advertiser’s national political editor and regular ABC guest Mark Kenny described the Labor party’s candidate dilemmas:

Einstein said you can't solve problems with same thinking that created them. Legacy thinking to be on show in debate. #debate #Ausvotes

After the contenders straightening their ties, and furious flossed their teeth, before pushing a few last minute pins in their respective voodoo dolls.

Abbott didn’t have time to tweet anything debate-related, he was probably too busy choking on the fumes of his own testosterone in Sydney somewhere.

In the battle for social media supremacy, it seems Tony Abbott’s camp resorted to some dirty tactics to try and catch Kevin Rudd.

Over the course of a 12-hour period on the weekend, Abbott’s Twitter account gained approximately 70,000 followers, most of whom were reportedly fake. The Sydney Morning Herald detailed the shady stat padding on Abbott’s account, including a denial from the Liberal party that anything untoward was going on.

Someone needs to teach him – and his camp – the true path to social media cult status: selfies and kitten videos.