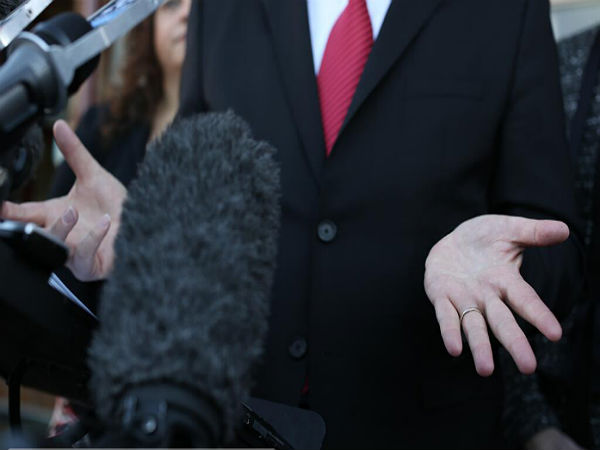 On day three of the campaign, Kevin Rudd spruiked and spoke to Leigh Sales, while Tony Abbott announced a drop in the company tax rate. However, both were overshadowed by a spat between a blogger and a Malcolm Turnbull staffer.

– No new policy, but Kevin Rudd was in the Western Sydney seat of Greenway spruiking his $450 million places in before and after school care announcement.

– Tony Abbott announced a 1.5% reduction in the company tax rate – designed to offset the 1.5% levy on business to fund his parental pay scheme.

Rupert Murdoch’s name has been heavily discussed in the press this week, after The Daily Telegraph made a splash on Monday morning.

Jonathan Holmes is no longer of ABC Media Watch chair, but is seems he’s still keeping an eye on the press. His piece in The Age today, explored the possible motives behind Mr Murdoch’s oft-tweeted desire to see Kevin Rudd kicked from The Lodge.

Have a read here.

Speaking this morning Anthony Albanese was forced to defend himself and the Labor party over Coalition alleged secret deals, after photos emerged of the Deputy Prime Minister enjoying a beer with ex-Labor MP Craig Thompson.

Amidst constant questioning on the topic, Albanese tried to defuse the situation with this gem:

“Hold the front page, Albo likes a beer after work.”

Regret my staffer's lapse into vulgar anglo-saxon in an email to a blogger. Charm remediation has been administered & equanimity restored.

Classic Malcolm. Verbosity that could strangle a spelling bee champion; the ability to sweep down with a crop dust of Twitter charm to smooth out kinks caused by a mere mortal.

The blogger in question is Steve Jenkin. Jenkin writes a blog called Steviej on NBN, which is not generally kind to the Coalition. The staffer is Stephen Ellis, one of Turnbull’s policy advisers.

There’s more on the story below, with Ellis’s faux pas scoring our “Slip of the Day.”

But apparently all was okay after Malcolm cracked this wry digital smile and seemed to shrug to the effect of, ‘we’re all human, right guys?’

Our slip follows on directly from our “Tweet of the Day”, with Stephen Ellis’s momentary lapse in online judgment the most glaring error of the day.

The exchange was reportedly in response to a request from Jenkin about the wholesale cost of the Coalition’s NBN alternative. In a moment of what seems like premature campaign heat hysteria, Ellis wrote to Jenkin, “no one takes your psychotic rantings seriously. Nobody.”

He continued, “Given what you write is a delusional fantasy that exists only in your own mind, you can get f**ked.”

Read more about the story here.