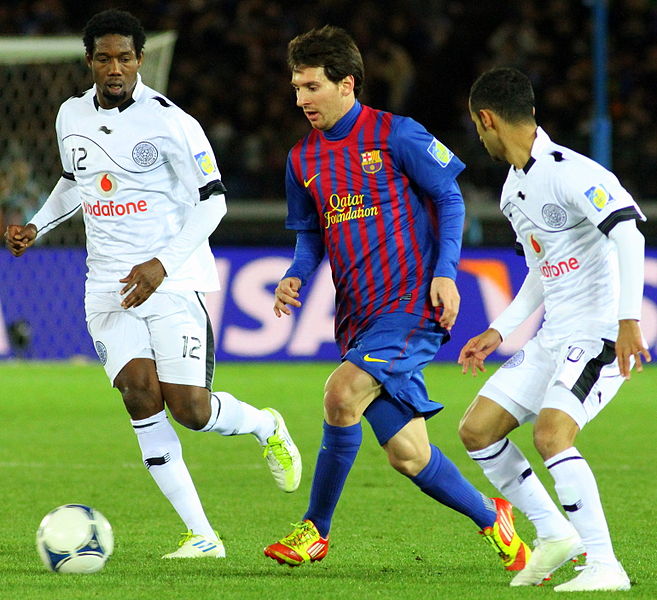 The Barcelona playmaker was at his brilliant best throughout 2012. Xavi’s metronomic passing for both the Catalan club and at country level was a driving factor behind Spain’s Euro 2012 victory. He managed 16 goals and 12 assists in 64 appearances last season, and has started the new campaign solidly as well.

The tall, lethal, enigmatic Swedish figure that is Zlatan Ibrahimovic provided his best moment on a football pitch in his country’s 4-2 thrashing over England recently. His amazing bicycle kick goal was heralded by many as the best ever scored. It capped off a wonderful 2011/12 season, in which he scored a total of 39 goals. 28 of his goals were scored in the league for AC Milan, which was enough to win him the Serie A Golden Boot award. He’s since moved to Paris Saint-Germain, and begun the French season with 24 goals in 26 games.

The Real Madrid and Spain international captain has lifted trophies at will throughout 2012. Iker Casillas, now 31, continues to grow as a footballer and a leader, and was ever present between the sticks as Real Madrid won the La Liga title last season. He was awarded the La Liga award for best goalkeeper, before captaining Spain to their second European Championship in as many attempts.

The Colombian’s presence continues to mount on the world stage. Not only did Radamel Falcao score 39 goals in 57 matches last season, but he struck in Atletico Madrid’s most important games. He scored a stunning double in the final of the Europa League as Atletico clinched the prized European trophy. He then hit a sublime hat trick in the final of the UEFA Super Cup against Chelsea. He’s begun the current campaign with a further 19 goals in 20 appearances.

Xabi Alonso has been an integral part in the success of both Real Madrid and Spain throughout 2012. The experienced Alonso was crowned La Liga’s best midfielder at the end of the last season, an award given not only for his brilliance in screening the defence, but also for setting up attacking plays. He was ever-present as Real Madrid lifted the La Liga title and the Supercopa, while he was named in the UEFA Team of the Tournament as Spain won Euro 2012.

Throughout 2012, Sergio Ramos has solidified his position as the world’s best defender. Jose Mourinho’s decision to play him at centre half, rather than his usual full back role, proved an inspired choice. Ramos was fantastic as Spain lifted the European Championship. He was extremely close to winning the Golden Ball for the tournament’s best player, but was selected in the UEFA Team of the Tournament as a consolation. He was named La Liga’s best defender at the conclusion of last season, adding to the La Liga title and Supercopa he won at Real Madrid throughout the year. 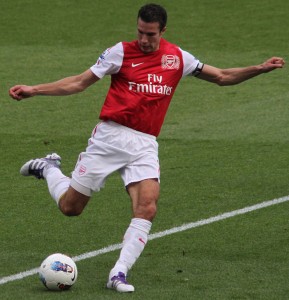 Robin Van Persie’s controversial decision to move from Arsenal to Manchester United over the English summer has done nothing to stunt his impeccable form. He notched up 38 goals in 55 games for the Gunners last season, securing the Premier League’s Golden Boot while he was at it. He also won the English Premier League’s Player of the Season award, while being crowned the Players’ Association Player of the Season. Since his move to United, he’s scored a further 17 goals in his first 25 games for the Red Devils.

Andres Iniesta’s amazing eye for a pass and his incredible ability to execute the play with precision and class has since seen him grow into the best central midfielder in the world. He was the most influential player in Spain’s side as the nation was crowned Euro 2012 champions earlier this year. He was awarded the Euro 2012 Golden Ball for Player of the Tournament, adding to the UEFA Champions League Player of the Season award and the La Liga best attacking midfielder award that he had picked up earlier in the year.

Cristiano Ronaldo took his game to another level in 2012. Everyone was aware of his amazing natural, individual skill, but what he showed throughout the year was his work ethic and commitment to the cause. Adding to his La Liga and Supercopa triumphs with Real Madrid was a place in the UEFA Euro 2012 Team of the Tournament, where he finished joint-top scorer with three goals in five games for Portugal. At club level, he amassed a staggering 71 goals and 16 assists in just 67 games last season. That type of scoring form has continued into the new season, where he has struck 26 times in 34 appearances.

Sometimes words just can’t do justice to Lionel Messi’s phenomenal record for Barcelona and Argentina. It’s on these occasions that it’s best for statistics to do the talking:

It is inevitable that later this year Messi will be crowned the Ballon d’Or winner, the award for the world’s best player, for the third consecutive year and for the fourth time overall. No other player has ever won this award four times.

In Lionel Messi, we are witnessing the greatest footballer to ever grace the planet. It’s hard to believe that he’s only 25 years of age, and that his best may still be to come.

(Special mentions to Sergio Aguero, Neymar, Mesut Ozil, Andrea Pirlo and Yaya Toure, who all only narrowly missed out)

Riley Beveridge is a first-year Bachelor of Journalism (Sport) student at La Trobe University. You can follow his thoughtful footballing views at his Twitter account: @RileyBev.