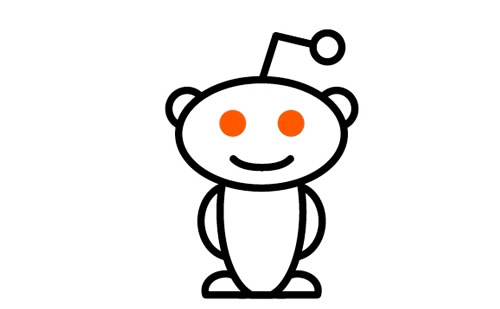 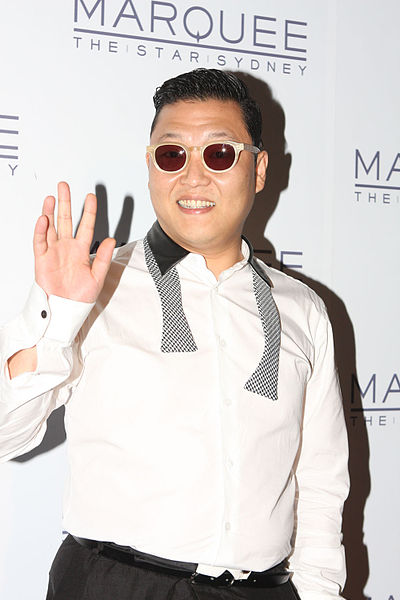 Does K-Pop phenomenon PSY ever get bored repeatedly doing the Gangnam Style dance?

‘There’s no time to be bored. I’m so busy doing the horse dance,’ he told reddit in October.

Responding to user ‘jreacher’s’ question, ‘Can I come and hang out with you in Seoul?’ with a simple ‘Call me maybe,’ PSY’s charming sweetness and casual flirtation with the community provided one of the most endearing and entertaining AMAs of 2012, proving that not only does he have the dance moves, but is also highly charismatic, and witty to boot.

On 31 August 2011, reddit user ‘The_Quiet_Earth’ posted to the subreddit r/askreddit, posing the question, ‘Could I destroy the entire Roman Empire during the reign of Augustus if I travelled back in time with a modern U.S. Marine infantry battalion or MEU?’

The post was met with a myriad of responses, but none quite captured the imagination of the community in the same way as that of “Prufrock451,” real name, James Erwin. Constructing an elaborate story during his lunch break about modern day US Marines who find themselves transported back in time to do battle with the Roman army, 37 year old Erwin essentially turned his reddit comment into a real-life movie deal.

The rights to his story were purchased by Warner Bros after his comment was picked up by a Beverly Hills based production company. Erwin is currently writing the screenplay for the film, to be titled Rome Sweet Rome.

In his AMA, Erwin discussed the challenges in adapting his story to the silver screen, his desire to see his original narrative vision upheld by Warner Bros, and the bewildering phenomenon of becoming ‘reddit famous.’

In his AMA, Alan Schaaf described the Imgur server infrastructure, and the software and hardware the site runs on, revealing he was inspired to create the image hosting service, ‘because you couldn’t reliably post images to reddit without them being taken down for consuming too much bandwidth.’

Schaaf discussed the site’s relationship with reddit, plans for an Imgur giraffe mascot, and the future development path of the website. He also offered reddit his own personal secret to success. ‘I’d say the secret is identifying a problem that you’re having and making a solution that’s better than any of the current ones,’ he said.

Oh, and to all you people saying ‘Imguuuuuuurrrrr’ like pirates, it’s pronounced ‘Imager’. He clarified that point. Twice. 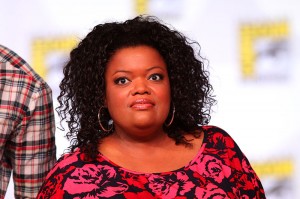 Capitalising on its cult status and the zealous fan-base that communes on reddit, several cast and crew members of NBC’s Community conducted AMA’s this year. Dan Harmon, Gillian Jacobs, Donald Glover and Danny Pudi all conducted their own question and answer sessions, but none were as engaging as the wonderfully hilarious and insightful Yvette Nicole Brown.

Brown danced hilariously around questions about the onset antics of Chevy Chase (the animosity between Chase and some of the show’s cast and crew has been well documented), joked that Joel McHale’s hair smells like ‘Sunshine and morning dew,’ and revealed that her character, Shirley was not originally written as a black woman in her thirties.

‘She was originally written to be a white woman in her late 40s or early 50s. She was to be a love interest for Chevy. Hence the early episodes where Pierce keep hitting on Shirley,’ Brown told reddit. 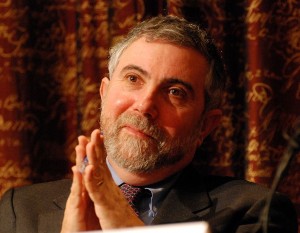 American Nobel Prize-winning economist and columnist for The New York Times, Paul Krugman, answered reddit user’s questions about the scientific process in economics; the impact this has on determining fiscal policy; he joked about the positive impact of self-flushing toilets on his quality of life; and contended that the creation of the euro was a mistake.

Krugman’s analysis of the economic future of Europe was described by The New York Times as featuring ‘often blunt disagreements with how decisions are being made there.’ Indeed, Krugman maintained a frank pragmatism throughout his question and answer session. He responded to accusations of partisanship, asserting, ‘I don’t think I’m being partisan, I think I’m being honest. The way many people try to seem nonpartisan is by pretending that bad ideas aren’t really bad, which I won’t do. It’s not partisan to say, for example, that Paul Ryan’s budget is a fraud. It’s just the uncomfortable truth.’ 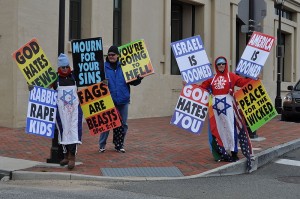 Nate Phelps is the sixth child of Fred Phelps, the founder of the controversial Westboro Baptist Church. The church has become infamous for its homophobic, vitriolic hate speech and picketing of American soldier’s funerals.

Phelps left home on the night of his 18th birthday, and has since been disowned by his family and the church. Today he is a vocal atheist and LGBT rights advocate.

Phelps’s AMA provided a disturbing insight into the lives of the children raised within the Westboro Baptist Church’s bizarre ideological framework. Phelps recounted an upbringing he alleges was fraught with violence, emotional abuse and indoctrination.

‘I think my father is a hateful person first. The religious beliefs gave him a forum and permission to be cruel to the world,’ Phelps told reddit. ‘He would grab us by the arms, lift us up and drive his knee into our stomach. He would beat us with his fists on our face and body. He would kick us. He would spit in our face. He would beat us from our lower back down to behind our knees with a mattock handle, often splitting the skin and causing bleeding.’

However, as he answered the questions of the reddit community, Phelps was not alone. His niece Jael Holyroyd simultaneously conducted her own (heavily downvoted) AMA, espousing the virtue and merit of the church, in an apparent attempt to vindicate her family’s animosity towards those in the outside world. 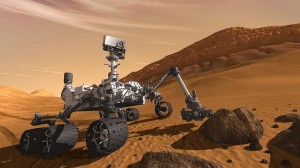 A week after the Mars Rover Curiosity successfully touched down on the Red Planet, several members of the team behind the history making endeavour took to reddit to discuss the mission, NASA and careers in the STEM fields. The team included engineers who had worked with Curiosity on landing night, as well as several team members working on surface operations.

Responding to serious and silly questions alike, the team revealed that none of the 14 AMA respondents had doctorate degrees (although most were engineering graduates), and that if Curiosity was a Pokémon, it would be a Charizard, because ‘the landing system flies and shoots fire. Also this is the third generation of Rovers.’

In a separate AMA, posted to the women’s issues subreddit r/twoxchromosomes, female members of the Curiosity team discussed the unique challenges faced by women in the science field, and touched on the importance of fostering women’s involvement with the STEM fields. 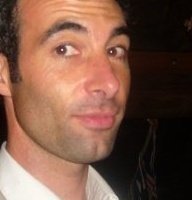 Providing the reddit community with an on the ground, eyewitness account of the Israel/Gaza conflict, Al Jazeera’s Gaza correspondent Nadim Baba discussed the current climate in Gaza, and the impact upon those living through the turmoil, even as what were described as ‘massive blasts’ went off nearby.

‘The atmosphere is very tense,’ he said. ‘The streets are usually busy with traffic pretty much all the time- now they are very, very quiet…In many parts of Gaza people have found it impossible to sleep because of the huge blasts (airstrikes) and families are sleeping together in one room. The young ones don’t understand the bombardment but some have memories of the 2008-2009 Israeli “Operation Cast Lead” which traumatised many children in Gaza.’

He also expressed a deep sadness at the difficulties currently facing young Gazans, having witnessed firsthand, ‘how hard, if not impossible, it is for most to take advantage of chances to travel abroad to study or just to see the world… There is a high level of education here and given the poor chances of a well-paid job, it must be extremely frustrating to put it mildly.’

Baba also reflected upon the challenges and dangers he faces in his profession, and the precautions taken by his team to ensure their own safety.

‘We listen to our local colleagues, and we also have a security adviser. We avoid risks. We try to spend as little time in potentially dangerous situations as possible. So you know, filming quickly the other day in a bombed out factory then moving on. As for threat of death, I feel very lucky to be staying at a clearly marked hotel and not an anonymous apartment block.’

2. I am a female who was born with a complete uterine didelphys / I am a 35 year old man with a micropenis

Perhaps the greatest strength of reddit’s AMA community is its ability to connect the weird, wonderful and unusual in our world to an inherent humanity; fostering empathy and understanding, while contributing to the break-down of social stigma and prejudice.

This was especially evident in the discourse generated by two highly publicised AMAs this year, one featuring a young woman with complete uterine didelphys (meaning she effectively has two vaginas), and a 35 year old man with a micropenis.

Both responded to reddit’s questions and demands for photographic evidence (it just wouldn’t be the Internet without a few cries of “pics or GTFO”) with an openness and good humour that quickly endeared them to community, catapulting both to the short-lived, but intense phenomenon of online celebrity. The young woman’s boyfriend even jumped on board with his own AMA. 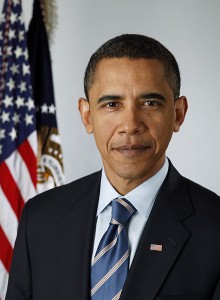 Barack Obama is no doubt a predictable choice for the number one spot, but he’s also an important one. Such was the immensity of the response to this AMA that an unusually high influx of traffic to reddit caused some users to experience temporary difficulties loading the site.

Taking to reddit for around an hour, President Obama responded to questions from the online community about the corrupting influence of money in politics, the difficulties facing young graduates as a consequence of youth unemployment and student loans, and the future of Internet freedom. He also publically stated his support for a constitutional amendment to overturn the Supreme Court’s 2010 Citizens United decision, the first time he had done so.

Alyce Hogg has recently completed a Bachelor of Journalism with Honours at La Trobe University. Her thesis examined reddit and its online communities. You can follow her on Twitter: @alycehogg.