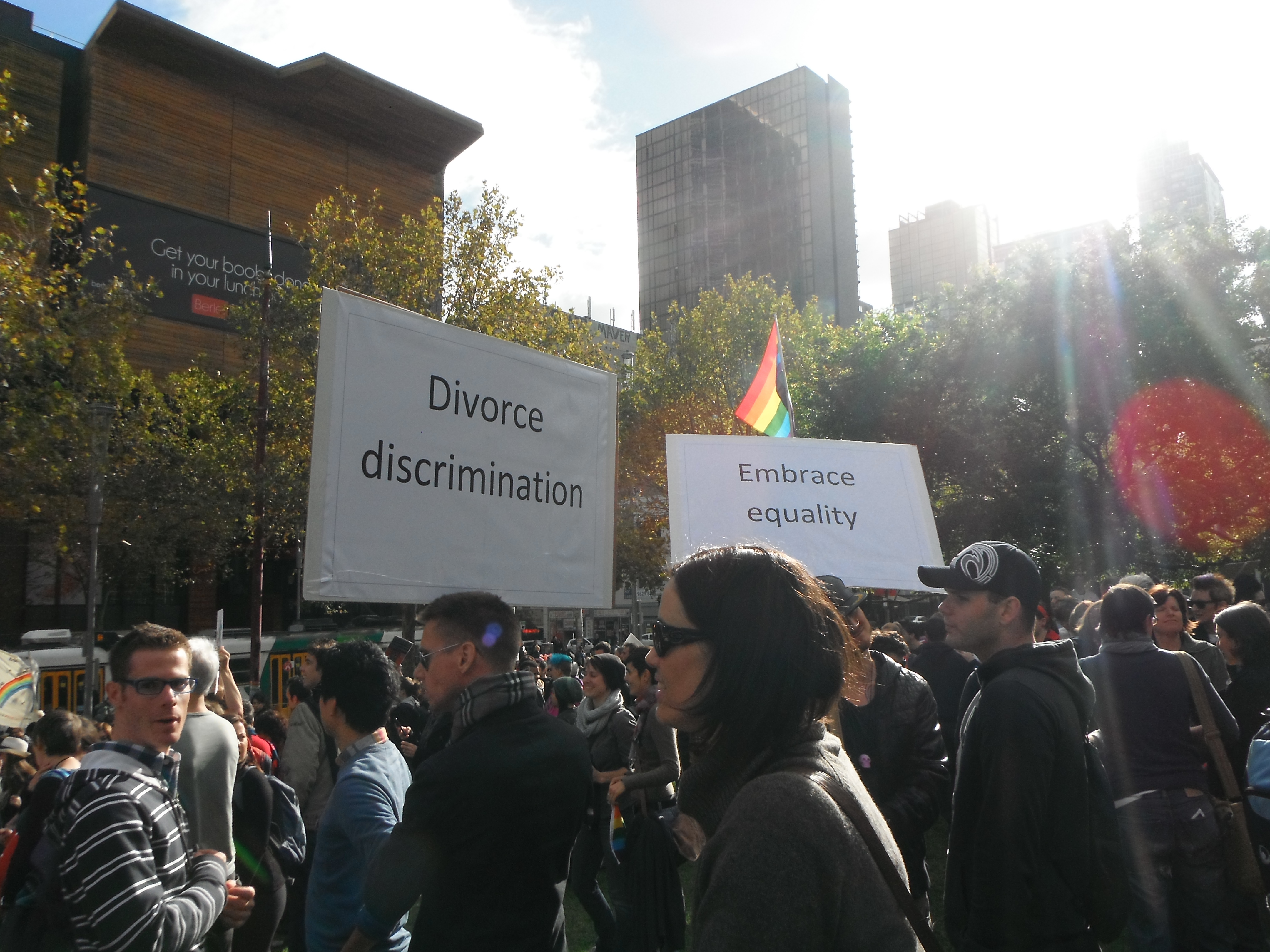 Nearly 4,000 people gathered outside the Victoria State Library this past Saturday in Melbourne, the largest group of all the Australian cities. Rainbow clad spectators cheered on the several speakers addressing the issue of Marriage Equality. This has become an especially hot topic since United States President, Barack Obama announced his support for gay marriage on Wednesday. Several other political leaders, including New Zealand Prime Minister John Key, have announced their support this week as well, yet Julia Gillard and Tony Abbott have not made this list. Even after Obama’s powerful announcement, Gillard maintained that when the bill is going to be voted on later this year she ‘won’t vote for it.’

The speakers, who ranged from comedians, to television stars and politicians, all addressed the main issue- why is this not legal in Australia? They all seemed to place blame on Gillard and Abbott. After all, Ali Hogg of Equal Love Victoria reported that 78% of voters have no problem with gay marriage. Comments were made that ‘Julia Gillard is going to find herself on the wrong side of history’ or questioned, ‘Tony and Julia, are you listening?’ which were met with deafening cheers from the crowd.

TV star Charlie Pickering, who asked if Gillard and Abbott were listening to the public, addressed the unfairness of the laws saying that ‘I have the right to propose to someone I love, why should I have that right but someone else doesn’t? The sanctity of marriage can only be maintained on a couple by couple basis between two loving people.’ Loving, not heterosexual. 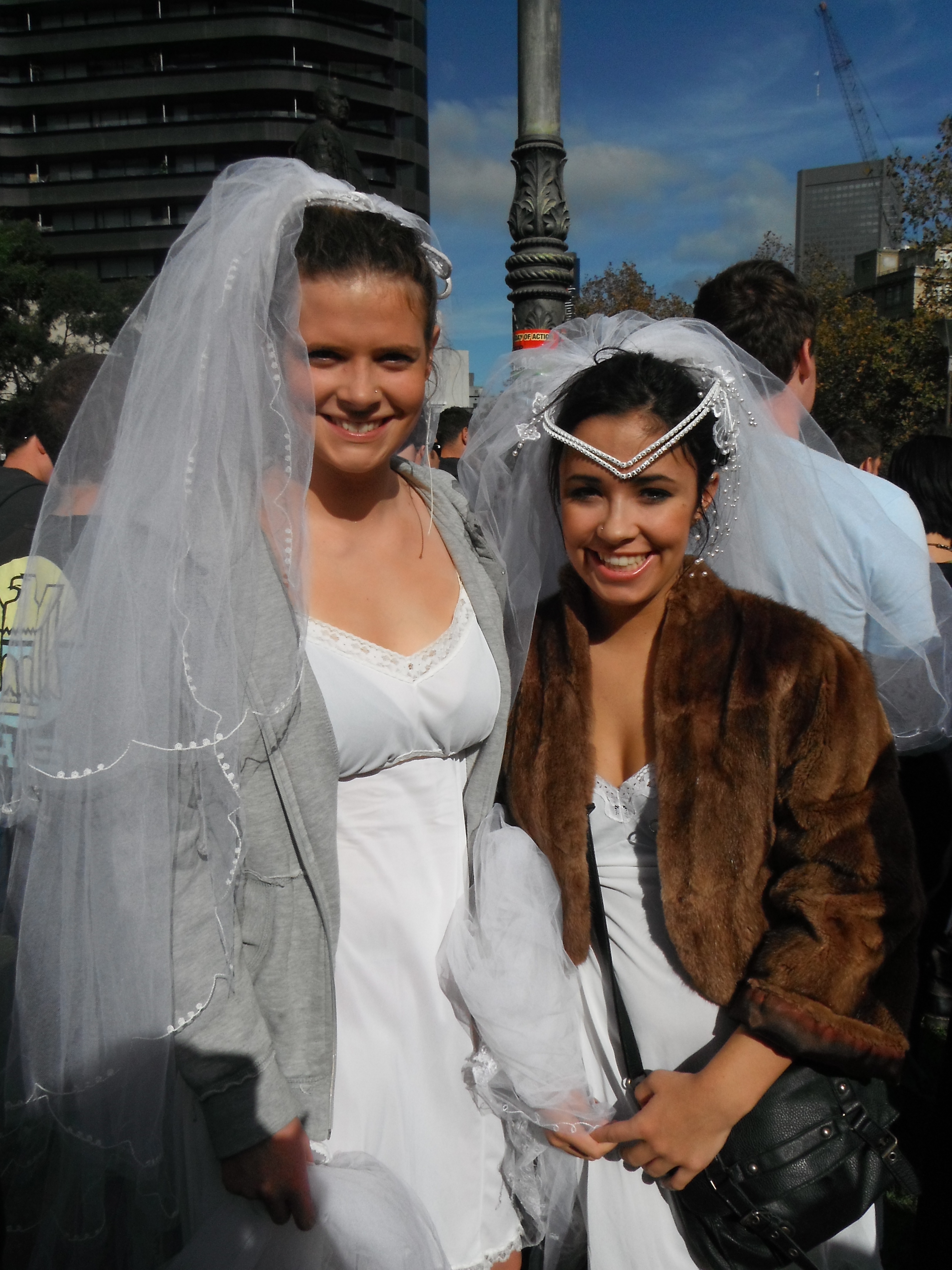 He also responded to the civil union ban that occurred in North Carolina, US recently. While the argument can be made that Australia is now lucky to have civil unions, Pickering responds that ‘if civil unions are enough, they might as well ban marriage all together! If you think banning marriage is unfair, then you’re beginning to know how it feels.’

How does it feel? The crowd, which was equally comprised of young and old responded by dressing up, making signs, and bringing rainbow flags. Two young women in particular, Fagyn McCuskey and Tess O’Brien showed their support by dressing up as brides and walking around together. ‘We want to show support, get involved and be a part of the revolution!’ McCuskey said. ‘It shouldn’t be an issue, it should be allowed.’ O’Brien added, ‘We don’t understand why it’s not.’

Another group of young adults had made homemade signs to hold up throughout the rally. When asked why they had come out today they responded simply, ‘We want to be able to marry whoever we want.’ 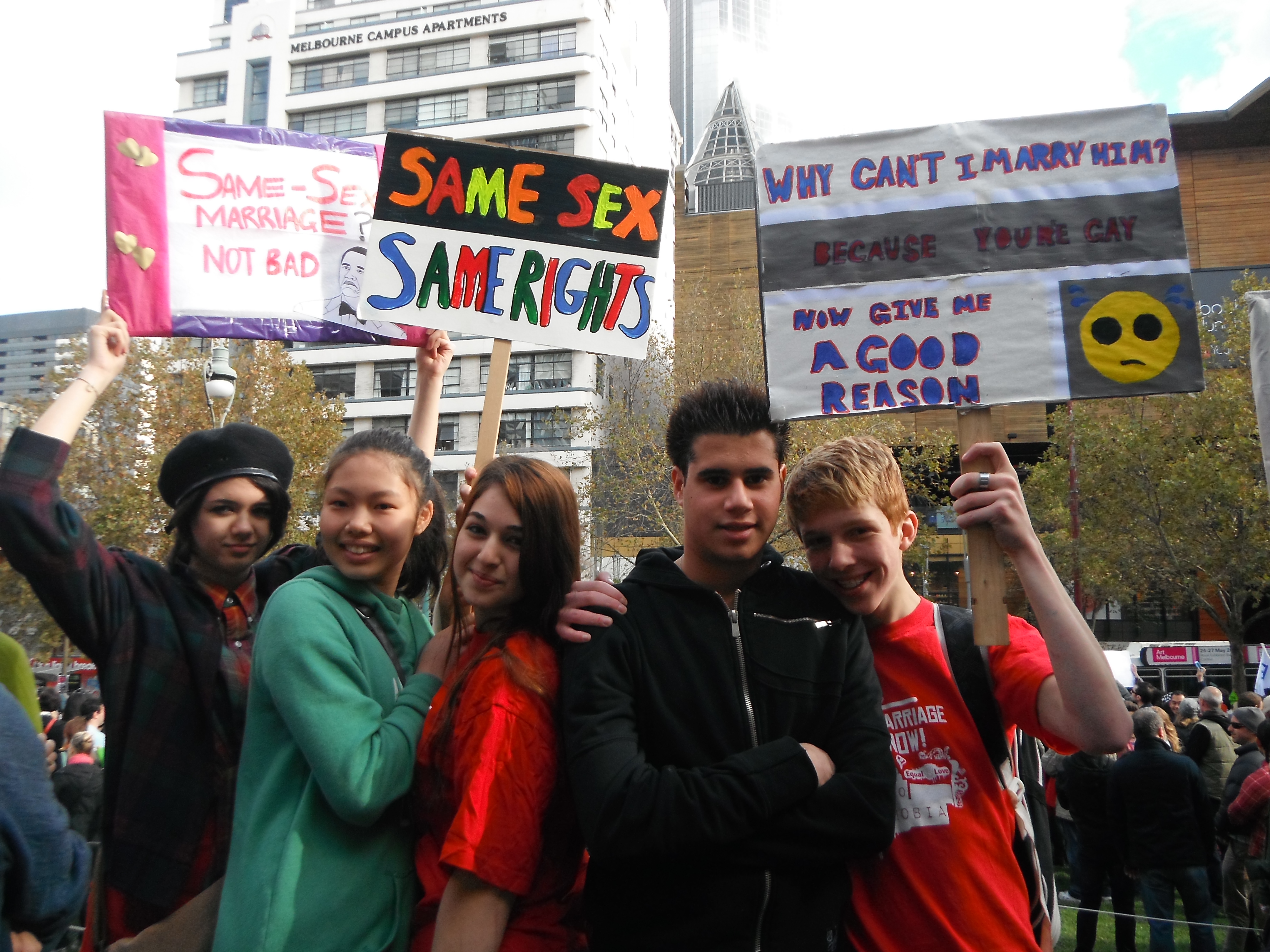 Most signs and protestors took a lighthearted approach to what is a very serious issue to them. Wearing rainbows and making clever, humourous signs seemed to be the most popular form of protest. The event was completely peaceful, as the estimated 4,000 people took to the streets to march. There was little for the police escorts to do than direct traffic around the throng of advocates. Perhaps this is because it’s been such a long process for supporters. Ali Hogg stated that it’s the eighth year people have been coming out to support, and the numbers are ever growing. History is gradually changing, and the issue is becoming more acceptable. Hopefully, Australia will not be the last to catch up, until then, the crowds will grow and the couples will patiently wait. 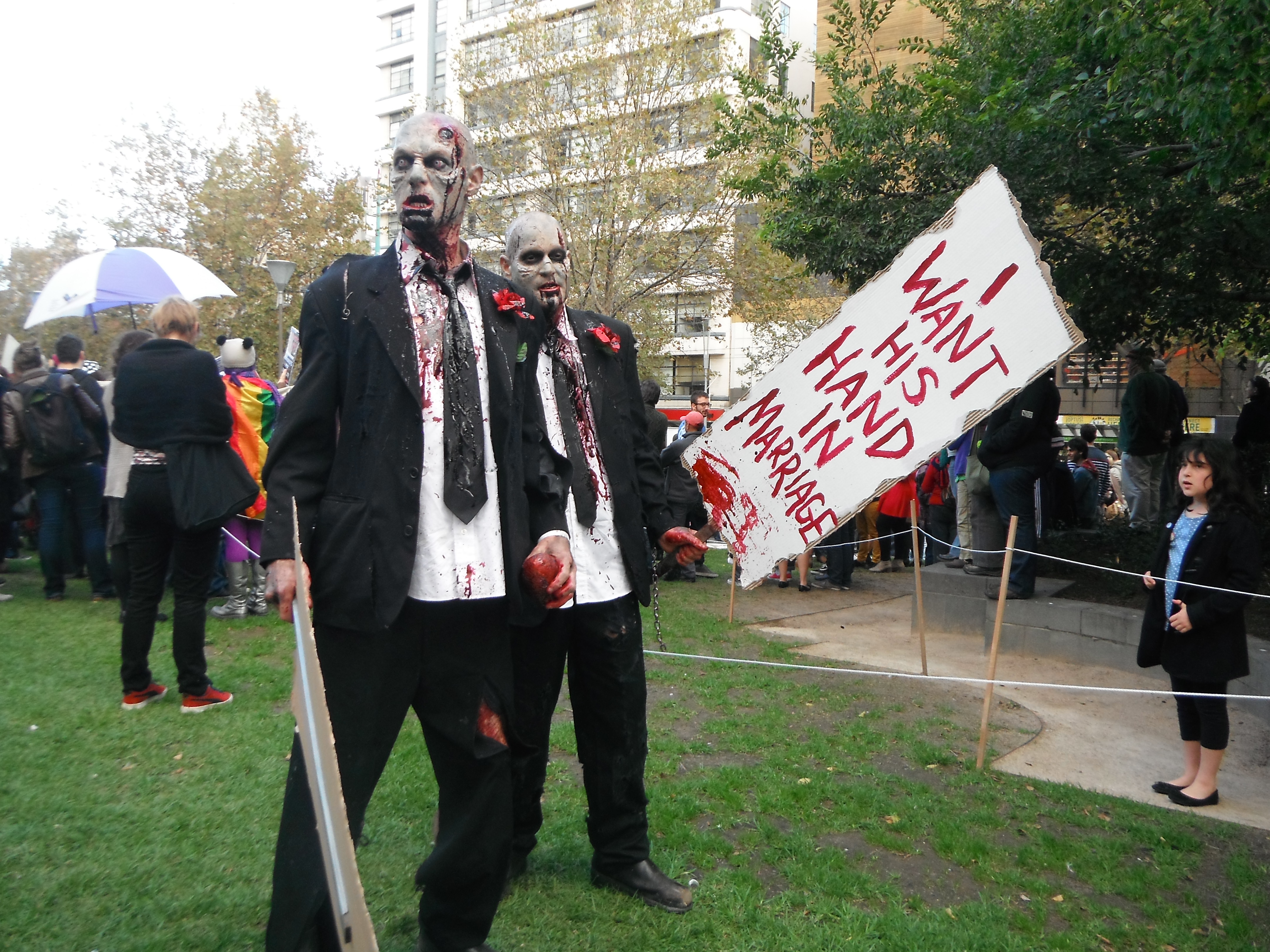