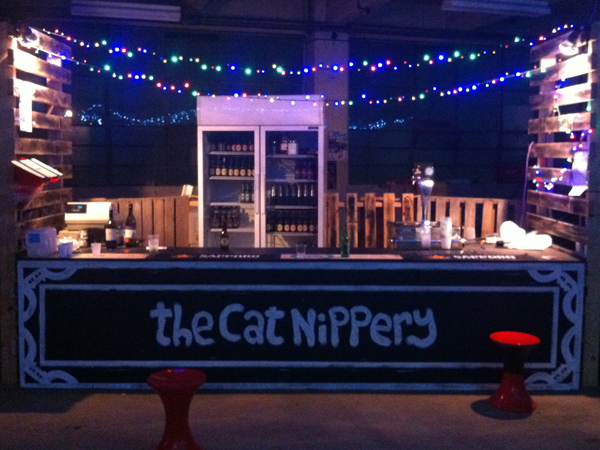 Every year throughout March and April, the Melbourne International Comedy Festival takes over the city.

The festival this year boasts of the biggest line up in it’s 26 year history, with a hundred venues across the CBD and surrounding suburbs hosting 485 shows. Pubs, bars, theatres and clubs will all play host to the echoes of laughter during this year’s three and half week event. Even the City Council has gotten on board and have transformed areas of the Melbourne Town Hall into performancing spaces.

A venue that was still under construction hours before the festival launched last week is Tuxedo Cat, a moving pop-up art space. While the concept is simple – find an abandoned or disused inner city space and convert it into a theatre or performancing space – the actual execution takes lots of planning, volunteers and love.

Tuxedo Cat started in Adelaide six years ago when Cassandra Tombs and Bryan Lynagh were struggling to find a good venue to host their Adelaide Fringe Festival shows.

“Care factor was low and hire fees were high so we thought let’s make our own room where we actually care about the artists,” says Lynagh.

Tuxedo Cat Melbourne was launched a few years later and has since occupied multiple spaces on Flinders Lane. So when Tombs and Lynagh got the late call to say their space from last year had fallen through, another mad scramble to find a new abandoned gem began.

“We wanted to find something with character. Something unusual that sits well with the creative activity that occurs in what we set up. And I think we found it,” says Lynagh.

This year the Melbourne Tuxedo Cat will host 30 shows featuring comedic artists from across the world. And where? In a vacant art deco building on Wills Street. Crammed in between two skyscrapers, the former factory is a large, open, two-storey space that has been converted into four theatres of varying sizes. Temporary walls have been built, curtains have been hung, lights have been installed and The Cat Nip Bar has been driven across from Adelaide to ensure both artists and punters will be able party late into the night. 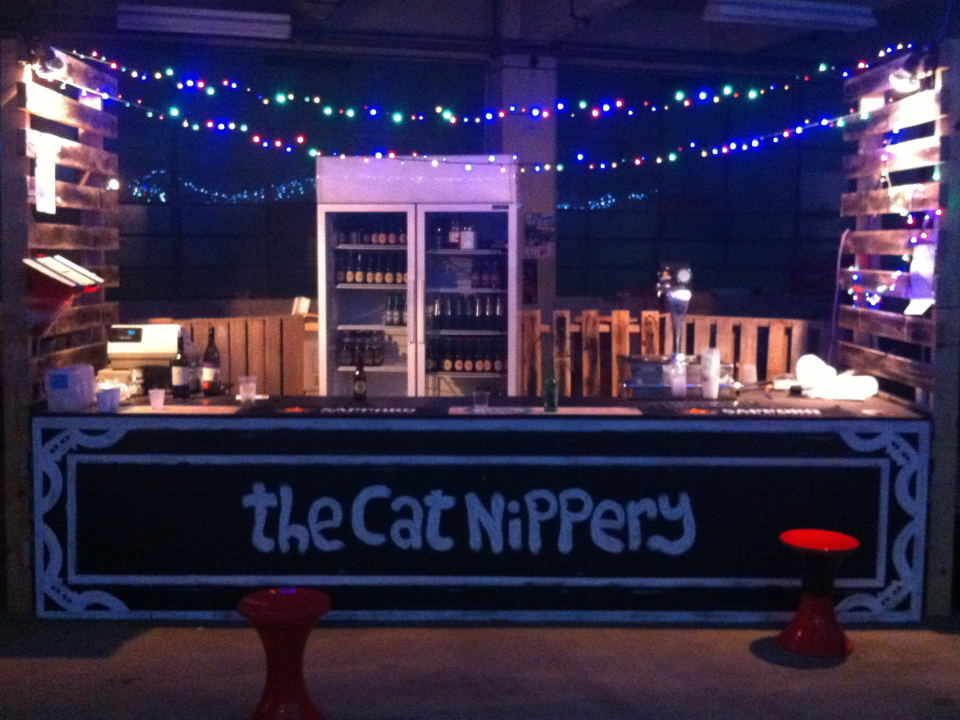 Before and after shots of the venue by Dave Warneke.

Over the years Tuxedo Cat has gained a reputation for taking on the weird and wonderful. Tuxedo Cat artist, Dr Brown, last year won the Barry Award for best show at The 2012 Comedy Festival for his silent one hour clown show.This year UK cult comedy legend Daniel Kitson will perform at Tuxedo Cat in a modest 70 seat venue, regardless of last year selling out in a 600-seat theatre at The Arts Centre.

But despite its now superstar status Tuxedo Cat has remained true to its roots.

“(This) just shows that successful artists are also looking for places to experiment with new work. They want something non-threatening, something that is also financially safe. That’s Tuxedo Cat,” says Lynagh.

Tuxedo Cat will host 30 shows between March 27th and April 21st at its 2013 address, 17-23 Wills Street Melbourne. To check out the full program head to comedyfestival.com.au.

Dave Warneke is a Global Communications Masters student from La Trobe University. He is also an up-and-coming comedian. You can check out his online comedic exploits at davewarneke.com. Or find him on Twitter: @DaveWarneke.