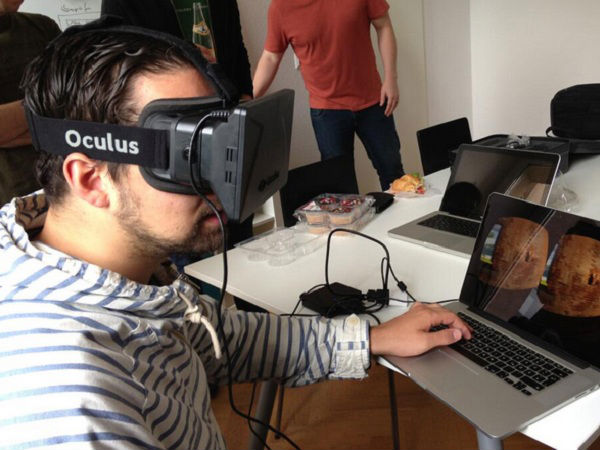 Looking towards the future, the potential capabilities of mankind seem endless.

As a long time favourite of science fiction writers, many have predicted the next step for the growing gaming community will be the ability to play with an entirely simulated ‘reality’.

It wasn’t until after Nintendo’s release of motion sensor controllers, and Microsoft and Sony’s development of Kinect, that the idea of virtual reality gaming first became a real possibility.

Then came the Oculus Rift. 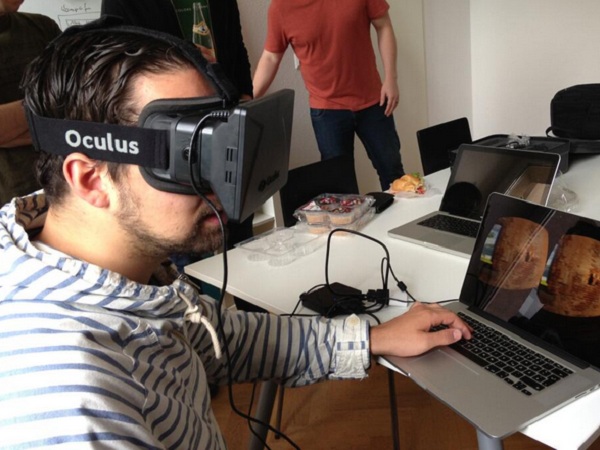 What started as a personal project for 20-year-old  college drop-out, Palmer Luckey, has turned into a start-up worth more than $18 million. Not a bad result for something that began in a garage.

“We’ve already gotten great feedback from the press and buy-in from major game developers including id Software, Epic, Unity and Valve. We know the gaming community will be as excited as we all are when they get their hands on it,” says Luckey.

Currently the Oculus Rift headset is only distributed to game developers for a $300 sponsorship fee, allowing them to test the headset and decide whether or not to modify their games for Rift capabilities. It has received a rousing reception from developers with many re-releasing popular classics such as Valve’s Half-Life 2.

“It looks incredibly exciting. If anybody’s going to tackle this set of hard problems, we think that Palmer’s going to do it. So we’d strongly encourage gamers to support this.” said Gabe Newell, president and owner of Valve.

Despite their strict ‘game developers only’ policy, YouTube sensation and games reviewer, PewDiePie, is a special promoter for the Oculus Rift. With 13 million subscribers to entertain, he was granted permission by OculusVR to use the Rift to demonstrate game-play and its capabilities.

PewDiePie demonstrated the Oculus Rift’s 3D experience with a huge field of view of 110 degrees. It presented none of the resolution and latency problems that have plagued previous virtual reality models.

OculusVR’s decision to allow PewDiePie to use the technology seems to have paid off through consumer responses. PewDiePie’s demonstration has also helped OculusVR to identify bugs in the system before the headset is released to the general public.

One such problem is simulator sickness – motion sickness and nausea problems – experienced by users immediately after using the product.

In an interview conducted by PCGamesN, Vice-president of product at OculusVR, Nate Mitchell, believes overcoming severe motion sickness is definitely one of the biggest challenges they are trying to overcome.

“We’re doing everything we can to make the hardware and software work better and we’re confident we’re making huge leaps and strides for the consumer version. But one of the challenges is content. It’s having developers educated on what causes simulator sickness, what doesn’t…. It’s an ongoing challenge for us but we’re dedicated to solving it. We’re going to get there.”

Approximately 150 games have been modified and created for the Oculus Rift but an official launch date is out of the question until the simulator sickness is eliminated.

However, Luckey did mention at PAX Prime that the Oculus has “exciting developments through the next three quarters,” and with the company looking into mobile phone capabilities, there’s a chance everything could be released at once.

Luckey told Business Insider Australia he hoped it would be released sometime in 2014. But with the Xbox One and the PS4 to be released at the end of this year, there’s the distinct possibility it may be overshadowed.

With obvious interest and enthusiasm in the technology, it’s a shame the gaming industry has been monopolised by the big companies from the established console market, and while the Oculus Rift is a good idea, it needs time to be improved.

Oculus Rift has the potential to change the dynamic of the gaming world, but for now it’s a developing idea to keep an eye on for the future.

Grant Roberts is a third year Bachelor of Journalism student at La Trobe University. You can follow him on Twitter @GBRRD4L