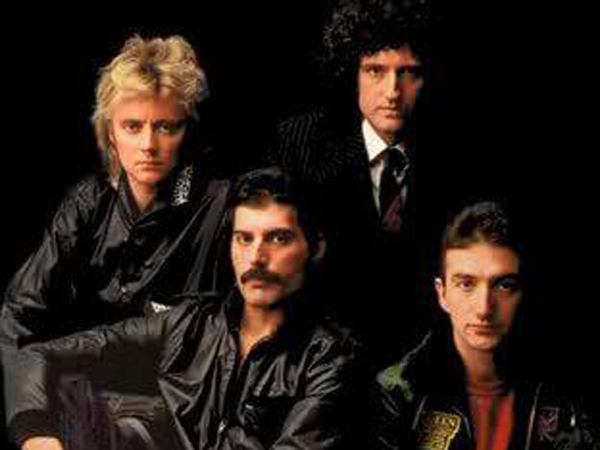 Technically it’s still Queen, with Brian May on guitar and Roger Taylor behind the drum kit, but for those who know Queen, since their last tour Down Under in April 1985 their lead singer Freddie Mercury sadly passed away in 1991.

But despite losing Freddie Mercury who was truly one of a kind, Queen have remained extremely popular and are even anticipated to release their second album since Mercury’s death later on this year.

Queen has continuously toured around the world in this time, with a number of different notable singers filling the role such as Robbie Williams and George Michael.

This begs the question: when a lead singer moves on, is moved on or sadly passes away, does the band really stay the same?

Everything that is created has a lifespan and that logic even applies to bands. I’m a big believer that when a band changes lead singers, so should their name.

Of course it might come down to how much the departing member plays a role in producing the sound of the band that appeases the desired target audience, but do the existing members still bring enough to the table to be the same band as before? Well it all depends on status and popularity.

With bands like Queen it works fine. Although they have lost Mercury’s distinct falsetto and amazingly captivating voice, Adam Lambert is a suitable enough temporary successor that will still bring out Queen’s fans in droves.

It also hasn’t wavered the likes of AC/DC, Alice in Chains and INXS who throughout their careers have all had to change lead singers and carry on, reaching new heights in the process. But these bands already have huge fan bases and sold millions of albums, so holding onto enough fans to survive is easy.

It’s the bands who aren’t as well established as these that should change their names after the departure of a lead singer. Currently in the American rock scene changing singers is almost considered trendy with singers changing like the direction of the wind.

Well known bands that have had some success in America and globally at some point during their careers including Hinder, Three Days Grace, Saliva, Saving Abel, Flyleaf and many more have very recently recruited a new singer. In most cases it proves to be a failed experiment and most fans would be happier if the band called it a day.

A good example is what happened to the band Creed. Creed was an American rock band who sold over 20 million records in the United States alone, but when lead singer Scott Stapp left the band, Creed was laid to rest. The remaining band members teamed up with a new vocalist Myles Kennedy and began anew as Alter Bridge, with a new outlook and departure from what was known as Creed.

Alter Bridge have now gone on to become of the world’s leading hard rock bands, by completely building up a new reputation around Kennedy and his powerful voice.

In the end not all bands have the luck, longevity or connection with fans like Queen or AC/DC do and clearly changing the singer of a younger band can cripple them.

If a band is below a certain level of superstardom then they should just reset, rebrand and all the fans will still support follow if they believe the singer has what the band is made of and stood for. A lesson that some of these American bands should perhaps consider because, like anything, consistency creates a solid foundation for growth.