We’ve all been there. On the couch on a Friday night, pigging out on a bowl office cream only to be confronted by some super fit 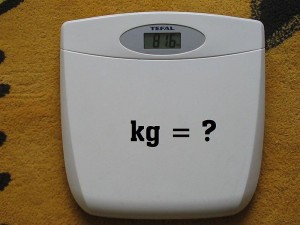 woman  running across the screen. Instantly, I think: ‘Why can’t I look like her?’

In my more lucid moments, I know this is crazy. I’m a healthy size 10 and regularly go to the gym, yet I still look at these ads and want to lose a few more kilos. I know that losing a few kilos won’t instantly make me 15cm taller, magically toned or a better person.

And yet, I still do it. I reckon I’ve shelled out $100 of my casual wage on fad diets, including the controversial Lemon Detox Diet — this year voted the most dangerous fad diet by the Dietitians Association of Australia. It’s not surprising it won the award, given that you’re not allowed to eat for between five to 10 days.

And while the diet worked, I’m not sure it had anything to do with lemons or detoxing. I’m sure that anyone who didn’t eat for seven days would have seen similar results.

At least I’m not alone. Australians spend an average of $1 million a day on fad diets. The Victorian government’s Better Health Channel says that approximately 90 per cent of Australian women have actively dieted in the past. Of this 90 per cent, 25 per cent used fad diets such as the Lemon Detox. But why do so many women put themselves through this pain?

Is there such pressure on young women to be thin that they feel the need to resort to these quick fixes? The average Australian woman is now a size 16. But ask most women what they feel the average size is and they will probably say a 10 or a 12. The truth is no one wants to be average. Especially with average being a size that is deemed as overweight on many charts. Is this why we do it to ourselves?

We often tell ourselves that we’re doing it simply to become more healthy. And maybe some of the time this is true. But fad diets and healthy? Can these two concepts really coexist in the same sentence?

While it may seem impossible to look like Jennifer Hawkins or Miranda Kerr, we read about the myths of their diets and think well if they look that good on that diet then why can’t we? I know that this is one of the factors that lured me into the Lemon Detox Diet.

I heard Beyonce on the radio saying how effective and easy the Lemon Detox was. I then went and sought advice from a medical practitioner who gave me some literature about it that said it was safe.

And when I say ‘medical practitioner’, I mean I consulted Google. And when I say that he ‘gave me some literature to read’, I mean that I read some reviews. Sure there were a lot of bad reviews there and notes from dietitians outlining the risks, but I just skipped over them. We read what we want to read. After this exhaustive research, I quickly ordered it.

After seven days, I didn’t look like Beyonce. I know. I was just as surprised as you may be. The reason for this is the small matter that I wasn’t Photoshopped to look like a cut-out from a magazine. And seriously, what average person can afford to look this way? Fad diets aren’t cheap. The books are expensive and the specialised food in many of them is even more so.

Not only that, celebrities constantly talk about their intense exercise routines and personal trainers in their spiels on dieting. I don’t know how many people can afford a personal trainer seven days a week, a personal chef and afford to give up that amount of time as well as combine study and work. I know I can’t.

And because we’re time-poor we look for the quick fix. The truth is that losing weight the healthy way takes time and effort — time and effort that most of us just don’t have. We want to look good fast. The makers of fad diets know this and prey on it. I know it’s dumb and it won’t work, but the pursuit of the quick fix will probably lead me down this path again. I just can’t help it, I’m a fool for the fad diet.

Hannah Rabe is a second year Bachelor of Journalism at La Trobe University. You can read her blog, From Market to Market, and follow her on Twitter: @hannahrabe1