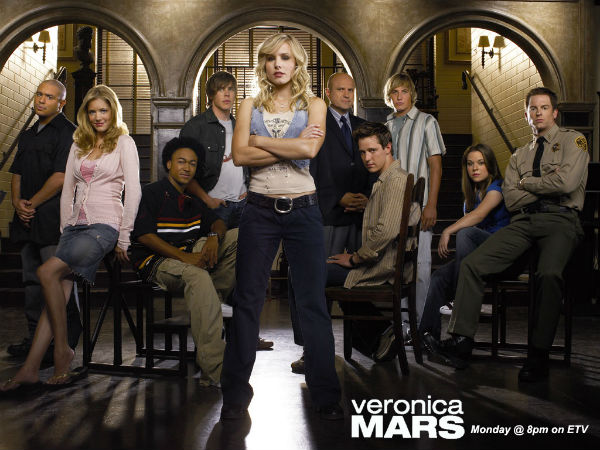 We’ve all seen and heard of dozens of TV reboots. Take Doctor Who, Charlie’s Angels, Dallas and 90210 just to name a few. But it’s rare and somewhat inspirational when a series that was always an underdog returns from cancellation. It’s an unapologetic statement that the network and the general public were mistaken to let such a good TV show die.

I am, of course, referring to the revival of Veronica Mars. Last week, series creator Rob Thomas and leading actress Kristen Bell launched a campaign on the Kickstarter website. This asked fans to pledge donations in hope of raising enough money to produce a Veronica Mars film. Warner Bros. agreed to back the project if they reached their goal.

The campaign has received an explosion of interest from both global mainstream media and social media. Until now it has been unheard of for a film to receive funding solely from its fans rather than the usual investors and studios. With the tally already surpassing $3.5 million and 26 days remaining, it is shaping up to be the largest Kickstart film project yet.

Given the strong reaction to this project, people may ask, which axed series will make the next big comeback?

Veronica Mars was off the air for almost six years, yet still gained the required support to generate a strong fan base, that subsequently pushed for its return. Therefore any show can potentially come back from exile given enough interest from fans and enough commitment from the original cast.

Already, many other celebrities are coming out of the woodwork to voice their hopes of a potential silver screen reboot of their own finished or cancelled television series’. Zachary Levi from NBC’s Chuck, is one of these people.

2nd, to you Chucksters, believe that this news only bolsters my faith that I can help bring you a #ChuckMovie. Be patient. Stay tuned.

While Chuck was not axed, it did struggle throughout its five season run on the NBC and benefited greatly from fan-initiated fundraising campaigns. One fansite, ChuckTV used their Watch/Buy/Share page to localise the various campaigns taking place. These ranged from sending letters to the network, to purchasing five dollar footlong subs from one of the series’ major sponsors, Subway.

With a fan base as dedicated as this, it wouldn’t be completely out of the question to assume that Chuck could run a campaign similar to that of the Veronica Mars movie project.

Other hopeful celebrities include Gilmore Girls’, Lauren Graham and Good Christian Bells ‘,Mark Deklin who have both tweeted their enthusiasm and support of the Kickstarter campaign.

a GCB movie would be amaze-balls! :)“@indigo_15: Seeing what Veronica Mars fans have done makes me hope the same can be done for #GCB!”

Veronica Mars isn’t the first series to be resurrected after an ill-fated end. Arrested Development, which ran from 2003-2006 continually struggled to draw impressive ratings, subsequently leading to its axing. However, the critical appraisal that it did garner, along with it’s cult followers have led to an order of 14 more episodes by Netflix, an online streaming service unavailable in Australia.

And while there is no official movie in the making for Arrested Development, in a Q&A at SXSW in Austin, Texas, series creator Mitch Hurwitz said that it’s only a matter of time.

“I’m confident we will succeed at that,” he said.

While the Veronica Mars movie is not expected to be released until early 2014, only time will tell what this means for other cancelled TV shows. You can track its progress on Facebook and YouTube or via the personal Twitter accounts of Kristen Bell and Rob Thomas.

In the mean time, which cancelled or finished series would you like to see brought back as a movie? I’m crossing my fingers for Fringe.

Timothy Arendshorst is a third year Bachelor of Journalism student at the La Trobe University and is one of upstart’s staff writers. You can follow him on twitter: @TimArendshorst