I am the breakfast queen. Seriously, do not question me on this one. I love breakfast more than anyone. And what’s not to love about this glorious time? A quiet morning, the newspaper in one hand, a flat white in the other, eating cakes-in-disguise and not having to worry about making any sort of intelligible conversation because everyone is still half-asleep. Plus, whatever your taste – sweet or savoury – there is a breakfast item for you. Pancakes, bacon, cereal, toast, ham and cheese croissants, chocolate croissants, just croissants in general (God bless the French). I am getting excited just making this very pointless, yet nonetheless delicious sounding, list. 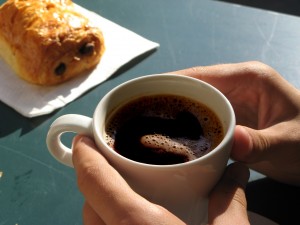 So, the question we must ask is this: Am I simply a fat person trapped inside a much smaller frame or is my appreciation for all that is consumed at morning-time the result of something larger – an early-rising, jammie-wearing societal trend, perhaps?

The Answer is probably a bit of both.

Nutritionists have long promoted the merits of eating breakfast. Literally meaning “break the fast”, breakfast is the key to speeding up that beautiful thing called metabolism – a fact made all the more striking by scientists at Harvard Medical School who found that those who eat breakfast are up to three times less likely to become obese. Therefore, in an age obsessed with weight-loss, it comes as no surprise that such a mundane act has become somewhat of a phenomenon. Pancake days and breakfasts on the Bridge are now filling our tummies and colouring the nation’s cultural landscape.

Breakfast Out, a website devoted to critiquing the efforts of Sydney and Melbourne’s growing breakfast scene, goes to further explain our toasty inclinations. The site, which recently expanded to cover both cities, tells of how cafés and restaurants across the country are banishing bed hair and smelly breath and instead transforming brekky-time into a stimulating social experience.

Take Brother Buba Budan, for instance. This quirky Melbourne eatery enables breakfast-goers to munch on tasty pastries under a blanket of chairs that are eccentrically attached to the ceiling. From the café’s communal table, one may immerse themselves in the simple pleasures of good food and good company.

Sydney’s Single Origin, on the other hand, illuminates the relevancy of the inner-child in sophisticated dining. Reviewer Jane de Graaff confesses she “died and went to heaven” after being served a Nutella, banana and toasted almond breakfast sandwich. “It takes the sweet-tooth breakfast toastie”, she says, “to the next level of childlike bliss.”

In such a way, breakfast, as a social experience, is a time when formality and familiarity can collide – in which the comfort and cosiness of a living room, or even childhood, can be yet again felt as we hit the busy city streets. This is where the success of breakfast, in its changing shape and form, really lies.

Lee Tobin is a Bachelor of Communications student at the University of Newcastle. She never skips breakfast.