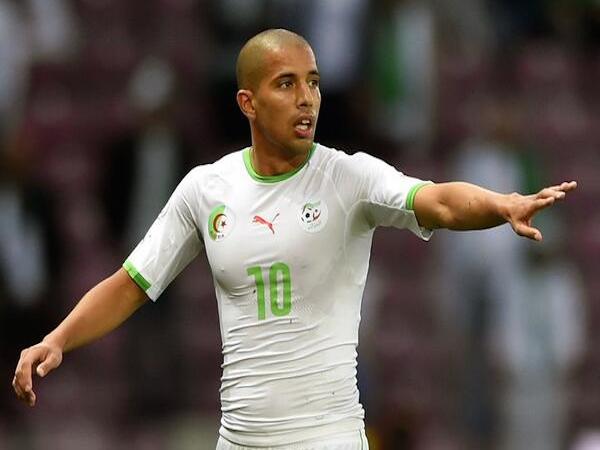 In its second consecutive World Cup, Algeria, led by captain Madjid Bougherra, will be looking to turn a few heads in Brazil.

The Fennec Foxes, as they are affectionately referred to, qualified for the tournament in dramatic fashion against Burkina Faso. After losing the first leg of its playoff 3-2, skipper Bougherra scrambled home the only goal of the second leg at the Mustapha Tchaker Stadium to hand Algeria qualification on the away goals rule.

It is moments such as these which have the propensity to unite a nation, as was seen with Australia’s shootout triumph against Uruguay in 2005. There are parallels between the Australia of then and the Algeria of today – both given only a bare remnant of a chance to progress.

Algerians have rallied together to wholeheartedly back their national team. In the midst of political protests, the population hope this mega-sporting event, which transcends all boundaries, can provide renewed hope for the nation.

Sofiane Feghouli will provide the guile out wide after an impressive campaign with Valencia. The winget netted seven goals in 29 appearances, three of which came in the Europa League.

Faouzi Ghoulam is also a dangerous asset and a particularly good set-piece taker, a crucial component of aspiring teams and world-beaters alike.

The daunting task of Belgium awaits in Group H. With a squad two-men deep in most positions, Algeria will need all its qualities and a slice of luck if they are to pick up a draw or more.

The 2010 campaign was one predicated on safety first, a tactic which saw Algeria not only go scoreless, but pick up a solitary point throughout. The 0-0 draw came against England, where its more illustrious opponents were left frustrated. But if results in Brazil are anything to go by, enterprise is rewarded over mere industry.

Bosnia’s approach against Argentina will give the underdogs some solace, as the Eastern-Europeans were only undone by a horribly unlucky own goal and a moment of Lionel Messi brilliance.

There is no doubt that Algeria have viable threats through midfield areas, as well as the aforementioned Feghouli and Ghoulam, Tottenham midfielder Nabil Bentaleb looks certain to add to his three caps.

The 19-year-old has impressed manager Vahid Halilhodzic after surprise performances in friendlies against Slovenia and Romania. In the latter he scored as Algeria triumphed 2-1, impressing in the former with his versatility and willingness to win the ball back in a Man of the Match performance.

Another young prospect is the prodigiously talented Saphir Taider. The 22-year-old midfielder is someone who, along with the likes of Bentaleb and Feghouli, a new-look Algeria can be built around.

Halilhodzic, whose contract runs out after this tournament, remains optimistic and grateful for the position his side are in.

“We are confident of our capabilities,” Halilhodzic said. “Our presence in Brazil is a dream we are currently living.

“We can shock Belgium.”

Islam Slimani will be the man entrusted to put the ball in the back of the net. The striker from Sporting Lisbon is the current Algerian Footballer of the Year from 2013, following Feghouli in 2012.

The 25-year-old’s record at international level is exemplary, averaging a goal every other game with 10 in 20 appearances for his country.

A serious aerial threat, standing at 6″1, the striker also possesses fantastic movement, as evidenced when he netted the only goal in the Classic against Porto last season.

Whether or not Halilhodzic’s squad can surprise the world in Brazil, its mere presence as one of the best 32 nations on earth has transcended all kinds of cultural and political differences.

Win, lose or draw, Algeria has effectively united a nation where government has largely failed them in the past.