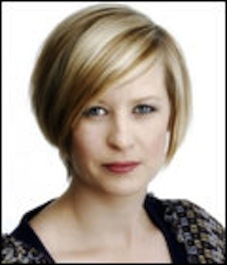 Attending the Supreme Court of Victoria is a daunting experience.  The court has occupied its current location at William Street since 1884, retaining its imposing yet exquisite 19th century architecture. Despite this dazzling facade, 21st century technology – metal detectors and x-ray machines – confront you upon entry. As the highest court in Victoria, it hears cases involving treason, murder, and other major criminal and civil matters.

For Andrea Petrie it’s just another day at the office. As The Age supreme court reporter, she has covered some of Victoria’s most infamous criminal proceedings including the Mornington spear gun murders and the Maria Korp ‘woman in the boot’ case. During her coverage of Melbourne’s gangland slayings, she received death threats from a notorious underworld identity.

Working on suburban newspapers for five years – ‘a brilliant training ground for anyone aspiring to be a journalist,’ Petrie joined The Age‘s law and justice team as a police reporter in 2002, and took over the supreme court round in April 2010.

What do you love about your job?

I love meeting new people from all walks of life and listening to their experiences and then sharing them with others. Everyone has a story to tell and I believe we (journalists) are privileged to be able to tell them to a wider audience. The flexibility of journalism also means every day is different, so there’s no chance of getting bored. One day you might be speaking to a professional sportsperson, and the next you’re interviewing the Chief Commissioner of police, or the relatives of a murder victim — or the murderers themselves, sometimes without knowing it.

What inspired you to become a journalist?

Growing up, I always had a knack for finding things out before others. I can remember my friends would revel in the fact that they had found something out before me, and they couldn’t believe it when I already knew — and usually knew more about what they were telling me than they did! I love meeting new people and listening to their stories and I’ve also never been afraid to ask the questions that everyone else is dying to know but is too afraid to ask.

If you hadn’t become a journalist, what might you have done?

If I hadn’t become a journalist, I would probably have become a police officer. They were the two things I wanted to do when I was growing up. I figured journalism was like a trade, so I’d give that a go and if I didn’t like it, I’d try and get into the police force. Turns out I combined the two, covering police rounds for many years and now the Supreme Court.

What do you think is the most important job of journalists?

I believe keeping people informed about what is happening in a fair and accurate manner without fear or favour is the most important.

As a journalist, you must be impartial and removed from the subjects you cover, but what story has touched you the most? How do you remain objective?

Darcey Freeman’s murder. It was very difficult to put the fact that she was a four-year-old girl out of my mind. That was also the case in the Farquharson trial. You just have to make sure you stick to reporting what’s said in court and try not to get caught up in the emotion of it all.

What has been the most remarkable event that has made you feel, ‘this is why I love being a journalist?’

Jumping out of a plane to write a story about skydiving was a pretty amazing experience! As was going away with Victoria Police’s Special Operations Group to their selection camp, to write about how difficult it is to join the elite squad. I also love being able to cover major sporting events such as the golf, AFL and NBL and get to analyse the games, interview the players about their performance and where they went right and where they went wrong. It’s something most people only dream about and we get paid to do it!

Have you ever been in any dangerous situations covering a story?

Sure have! I copped a couple of death threats during the gangland war from someone who was more than capable of carrying it out. This person was angry with the media over the way they had been portrayed, so essentially took their anger against the entire industry out on me. Fortunately though, the police were listening in so heard everything that was said. After giving me a stern talking to about approaching such dangerous people on their turf (at their home), they assured me that they would let me know if this person went anywhere near me. Fortunately for me, they didn’t.

Have you ever covered a story you objected to, and what did you do? How do you resolve the moral or ethical conflict?

I remember covering a story years ago where I accessed a person’s “private” social network site and published information it contained, which was supposedly just put on the site for the person’s friends to see. But at the same time, I am a firm believer that if you post something about yourself online, even if it is on a private site, you need to be aware that it is there for the world to see and all sorts of people can access it.

What is the most important question you did NOT ask and to whom?

To be honest, I can’t really think of one. My job is to carefully listen to the answers of everyone I interview and ask all the questions that need to be asked. If I stopped asking the relevant questions I wouldn’t be doing my job and I probably wouldn’t have a job for very long after that!

What was the biggest hurdle that you faced in getting to where you are today?

None really, I am incredibly lucky to be where I am. After working on suburban newspapers for about five years, I was offered a job at The Age — without ever applying for one! A position came up in the round [police] I wanted to work in and I got a call from the deputy editor’s personal assistant asking if I wanted to come in and talk about joining the police rounds team. I honestly thought it was a joke, so I made her give me her number and when I called back, I realised it was for real. I have been working here ever since.

What do you see as the qualities a good journalist should have?

I think good listening skills are essential, as is an ability to quickly and accurately absorb information and build a rapport with interviewees so they will open up and tell you their story. You should also never be afraid to double-check – and if necessary triple-check – facts before filing a story. It’s better to annoy someone and get it right, than get in a lot of strife, from your boss and/or legally, by getting it wrong!

In your opinion, what is the greatest challenge the media is confronting today and why?

I think one of the greatest challenges facing the media today is where audiences are coming from, because people are turning to alternative forms of ‘media’ to get information, which is not always reliable and/or accurate.

George Galanis is a  Master of Global Communications student at La Trobe University.

Find our more about the Working Journalist project.