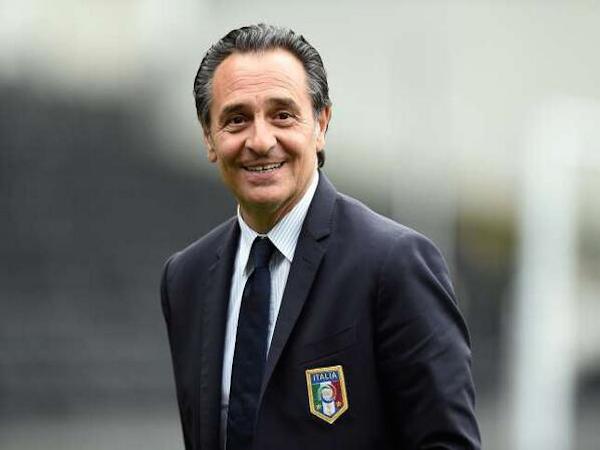 Cesare Prandelli’s Italian side are set to take on an unfamiliar blueprint at the 2014 World Cup, raising questions about the Azzuri’s approach.

Helenio Herrera perfected catenaccio during his time at Internazionale in the 1960s and Prandelli would be best suited to not distance his side from it. They do not have the cattle, so to speak.

Football’s evolution has been there for all to see post World War Two, however. For instance, the use of a libero in 2014 would be suicide – but such was the success attained from year’s gone by, certain core beliefs will always remain.

When Marcelo Lippi took over from Giovanni Trappatoni in 2004, he directed a highly aggressive Italy – this approach bearing fruit two years later in Germany.

Lippi’s team was one that, first and foremost, was founded on defensive solidity, but it was allowed to flourish in an attacking sense in a way that Italian teams are not renowned for.

It is said that catenaccio died with Lippi, in favour of a newfound attacking verve, although Prandelli’s side can ill afford to be so blasé. The 56-year old is forced into fielding a team far quicker by thought than by foot and will be forced to adjust accordingly.

Giorgio Chiellini aside, the Italian defence boasts very few ‘star’ names, but the central trio have shown their ability to work in this system, amassing 102 points for Juventus last term – a Serie A record.

Central defenders Chiellini and Leonardo Bonnuci (and/or Andrea Barzagli if a 3-5-2 is utilised) will need adequate cover around them. Although, rarely has an Italian squad been blessed with such attacking quality.

Balance in a football team is an invaluable quality, but is hard to judge and quantify. Mario Balotelli (14), Ciro Immobile (22) and Alessio Cerci (13) combined for 49 goals last season.

Italian Football journalist Giancarlo Rinaldi shared his thoughts on the mercurial Balotelli, telling upstart: “If Cesare Prandelli can find a way to see him thrive again it takes Italy to another level. If not, there is sure to be criticism of both the manager and the player.”

The task, simply put, is to maintain shape and not restrict the positive impact his strikers have the potential to achieve.

As Prandelli said when the 30-man squad was announced: “Everyone has to understand they might play only one game. But it might be ‘the’ game.”

Adding to Ricardo Montolivo’s suspected broken tibia that has ruled him out of the tournament, Giuseppe Rossi’s omission from the final squad has also come as a shock. The Fiorentina star got through 70 minutes of the 0-0 draw against the Republic of Ireland earlier in the week unscathed.

Either way, Prandelli’s formation is like to be a 4-3-3. The benefit of this system is that, with minor tinkering, it can be modified to a 3-5-2, which the squad representatives from Juventus will know all too well from their time under Antonio Conte.

Prandelli remains insistent on sticking to his guns: “We want to get to the final, because this squad has been designed with getting to the final in mind.”

But Rinaldi has his doubts on the Azzuri’s chances.

“I think it would need the draw to fall quite kindly for Italy to make the final,” Rinaldi says. “They face a tough group with logistical and climatic difficulties, which are also significant.

“Even my most optimistic prediction only sees this group of players reaching the semi-finals – unless things fall particularly nicely for Italy.”

The timing of this tournament, coupled with the harsh climate – particularly in Manaus where they will face England – is the ultimate test of the Italians’ credentials.

The match against Costa Rica is a potential banana skin, while their clash with Uruguay could be a winner-takes-all scenario.

A tough task without question, but if one thing is for certain – you cannot write off the Italians at a major tournament.

Chris Hearn is a second-year Bachelor of Journalism (Sport) student at La Trobe University. You can follow him on Twitter: @ChrisHearn08.