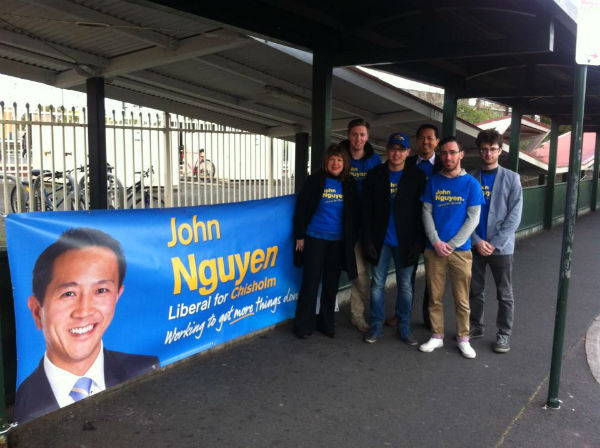 In the final few weeks prior to the election, several key seats are still up for grabs across the country. Adria De Fazio will profile some of the most crucial electorates state-by-state, starting with Victoria.

The seat of Chisholm exists in Melbourne’s east, covering approximately 65km. Since first being contested in 1949, Chisholm has been in Liberal party hands more than Labor. The current member; Labor’s Speaker of the House Anna Burke, has held the seat since 1998, winning the 2010 election with a margin of 5.6 per cent over the Liberal party’s John Nguyen.

The seat of Chisholm is indicative of many Labor seats: a good day in the polls and it’ll survive, but should Labor and Kevin Rudd stumble, the current MP may as well.

Hailed as the seat to watch, Corangamite is Australia’s most marginal seat: Labor’s Darren Cheeseman holds by 0.3 per cent. The electorate is located on Victoria’s Bellarine peninsula. The seat, which came into existence in 1900 has been the domain of the Liberal Party, despite short stints as a Labor or Country electorate. Cheeseman was elected in 2007 – the first left-wing MP since 1934 – beating long-standing Stewart McArthur.

After a very trying three years in Australian politics, current MP Darren Cheeseman has a battle on his hands – as do the other candidates. With a margin of 0.3 per cent, slogans and photo ops are not going to be enough for the constituents of Corangamite.

Alan Tudge faces a tough battle in this election campaign. The Liberal MP, who was elected the last time Australia went to the voting booths, gained the seat with a swing in his favour of 3.29 per cent. The margin stands at 0.7 per cent.

The relatively new seat was first won by a Labor Party member, and has not been returned to the left. After a margin spike in 2004, the numbers have been closing in.

Aston is the most marginal Liberal seat in the state. While the Prime Minister and the Leader of the Opposition have been focusing on Western Sydney, where it’s said the election will be won or lost, incumbent MP Alan Tudge has been focusing his attention on retaining his marginal seat. The small lead cannot be taken for granted in an election campaign where anything can happen.