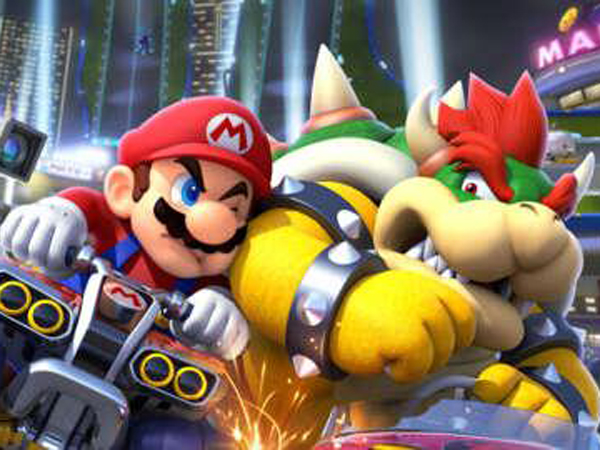 Nintendo’s Wii U hasn’t been out for all that long, but it’s sure been a bumpy road thus far.

The successor to the astonishingly successful Wii, Nintendo’s latest home console has barely left a scratch on the gaming market since its release in late 2012. And the numbers show it, too.

Earlier this month, Nintendo announced that Wii U sales were significantly lower than its projections for the fiscal year. Originally, Nintendo expected worldwide sales of nine million Wii U units in 2013.

Clearly, the Kyoto-based company has failed to capture the public’s interest. It raises the question: how did the follow-up to a gaming phenomenon crash back down to earth with such a thud?

According to Daniel Vuckovic, owner and Editor-in-Chief of Australian Nintendo website Vooks, the Wii U does not share the same appeal as its predecessor.

“The world is a different place than when the Wii launched,” Vuckovic tells upstart.

“Back then there was no iPhone, no iPad, no apps and mobile gaming was a joke. Now there’s a lot more competing for the time of the casual gamer.

“With most people having smartphones and/or tablets there is no need for them to buy another device for that fix…Nintendo really misread the market this time around.”

#Nintendo sinks nearly 4% after posting an operating loss of $457 million on Wednesday due to weak Wii U sales. pic.twitter.com/a1sQGoWQE8

After a middling launch, the Wii U experienced the software drought that most consoles do in their first year.

Now, though, the console has established quite a strong library of games. Among these are Super Mario 3D World from Nintendo’s EAD Tokyo studio, the praised real-time strategy title Pikmin 3, Retro Studio’s Donkey Kong Country: Tropical Freeze, and The Wonderful 101 from much-lauded developer Platinum Games.

Yet, the Wii U remains almost invisible, hidden behind the two towers known as Sony’s Playstation 4 and Microsoft’s Xbox One.

It’s as if Nintendo’s console is simply being ignored despite a software line-up that is, at this stage, arguably superior to the early offerings of its competitors.

Seeing as games are typically what drives a console’s install base, it’s a far from ideal situation for Nintendo.

Vuckovic believes the Wii U’s software drought and a lack of support from outside studios has stifled the system’s momentum.

“The Wii U now does have a great library of games, but it has taken this time to get this far and all of those games, they’re all made by Nintendo,” he says.

“Third parties haven’t been there aside from launch to pick up the slack.

“The Wii U has had a cloud of doubt over it from the beginning of 2013. This cloud won’t go away based on a couple of games – but each good game that comes including Mario Kart 8 increases the perceived value of the system.”

Nintendo: “Mario Kart 8 can be the catalyst that will broaden Wii U’s horizons.” http://t.co/KPiZUvxaiy pic.twitter.com/EgOTozp1yV — GameSpot (@gamespot) May 20, 2014

Nintendo’s CEO, Satoru Iwata has openly stated his belief that one game could change the Wii U’s fortunes.

The company is hoping Mario Kart 8, which releases this Saturday in Australia, is that game.

“I am going to make this answer simple,” Higginbotham tells upstart.

“My wife, who is a pure casual gamer, is currently downstairs rocking 100 CC in (a review copy of) Mario Kart 8.”

Nintendo will also be banking on a strong showing at this year’s Electronic Entertainment Expo, better known as E3.

The event, which takes place in Los Angeles from June 9, will be crucial for the Wii U’s prospects going forward.

Nintendo must show a variety of new and exciting content it it wants to grab the attention of onlookers.

The Legend of Zelda director, Eiji Aonuma has already stated that he will reveal information about the series’ new addition at the show.

Super Smash Bros. for Wii U is set feature prominently, as is the likes of Monolith Soft’s X and the highly-anticipated Bayonetta 2 from Platinum Games.

But if the tide is to turn for Nintendo’s struggling machine, it cannot afford to keep anything hidden in the dark.

According to Higginbotham, the company is taking strides to rectify the situation.

“Nintendo has already started the process of turning around the Wii U,” he says.

“It can take a night to tear something down but days, months, years, to build it back.

“I do expect Nintendo will have a mixture of games that will satisfy the core and casual crowd.”

A much-loved gaming icon, Nintendo must demonstrate that it is prepared to push the Wii U as far as it can go. It needs to illustrate a clear direction and show faith in its product, starting with E3.

Perhaps then, the public may start showing a little more faith in the Wii U too.